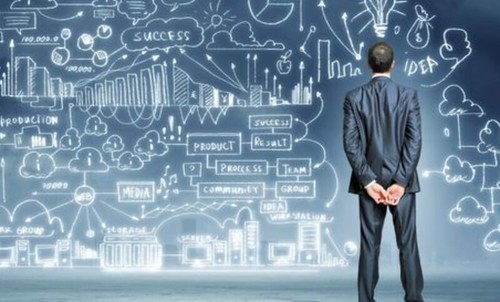 It doesn’t matter whether they’re on the left or the right; every single serious candidate in Monday’s election promised to keep taxes low for small business and provide other forms of support, things like direct government funding. Our soon-to-be new prime minister is no different.

Given the importance of jobs and the economy in the recent campaign, this focus on small business makes sense, after all, almost 70 per cent of Canadians who work in the private sector are employed by small businesses.

But there’s something missing. In all this talk about small business, there’s been almost no mention of startups.

It’s easy to see why; most startups are, by definition, small businesses. Startups tend not to have a lot of employees and they usually don’t have much revenue.

Startups aren’t looking to remain small—they’re looking to grow. They just happen to be in the process of figuring out how to accomplish that growth.

While startups might qualify or the lower taxes and the research and development support programs aimed at small businesses many of these programs are designed for businesses looking to grow rapidly. In fact, for some businesses, these programs might even hold back their growth.

For venture-backed startups, there’s an additional concern, raising more than $15 million in funding, could push a startup into the “big business” tax rate.

The tax system is also geared towards privately-held companies.

“As soon as companies become public, they lose many of the tax benefits they have been entitled to including the small business tax deduction and lifetime capital gains exemption,” Duanjie Chen and Jack Mintz, two researchers at the University of Calgary’s School of Public Policy wrote in a 2011 research paper about the effect of taxation on small business growth. “In other words, incentives create a barrier to growth when firms become public.”

This could help explain why so few Canadian startups go public.

The federal government’s Scientific Research and Experimental Development Program (SR&ED) credit system, which provides support to companies developing new technologies and has been described as one of the most generous business support programs in the world.

But while it makes it easier to set-up a tech company in Canada, it doesn’t help with growth. It’s only available to smaller privately held businesses.

Prime Minster-designate Justin Trudeau has promised to spend $200 million a year over the next three years to support “a new innovation agenda.”

It’s a vague plan, one that calls for “direct support to incubators and accelerators, research facilities, financing, and other support for successful small companies wanting to grow and export.”

That plan has been criticized by some members of the startup community who say that just giving money to accelerators is probably not the best way to go.

There’s a big reason that politicians, like Trudeau, should be thinking about startups when they talk about growing business in Canada.

It’s not just because the tech sector is continuing to grow even as many other industries falter. It’s also because of jobs.

In fact, an Industry Canada study found that seven per cent of businesses, which it calls “hyper and strong growth firms” were responsible for “approximately half of the net jobs create” between 1993 and 2003. It also found that the “bulk of net job creation comes from very young firms.”

While the world for startups is different now than it was 13 years ago, those conclusions seem likely to hold true—if we want our country to create a lot of jobs, we need to think about startups, not just small businesses.