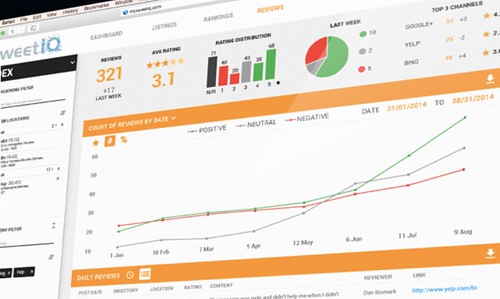 SweetIQ has raised a Series A round.

The round, valued at $4.2 million, was led by Plaza Ventures, with participation from Rothenberg Ventures, Desjardins-Innovatech, Otimo Retail Group, and Real Ventures, which invested in the startup’s seed round.

The Montreal-based local marketing automation company says it will use the funds to fuel growth in the US market, double the size of its team to accelerate its product roadmap, and launch new partnerships with major directories and offline data providers.

Matthew Leibowitz, Partner at Plaza Ventures, will join SweetIQ’s Board of Directors.

“Over the course of the last few years, SweetIQ has been quietly building the most comprehensive local marketing platform to address growing market demand for a performance-oriented solution,” said Leibowitz. “We look forward to working with SweetIQ to support the company’s exponential growth.”

“When we started our business, the local marketing space was dominated by cookie-cutter solutions that focused predominantly on basic listings management, while providing little to no analytics,” said Mohannad El-Barachi, CEO of SweetIQ. “Our approach from the outset has been to create products that drive performance for our clients, and are backed by a sophisticated analytics platform.”

Founded in 2010, SweetIQ today powers over 100 brands and marketing agencies across North America. 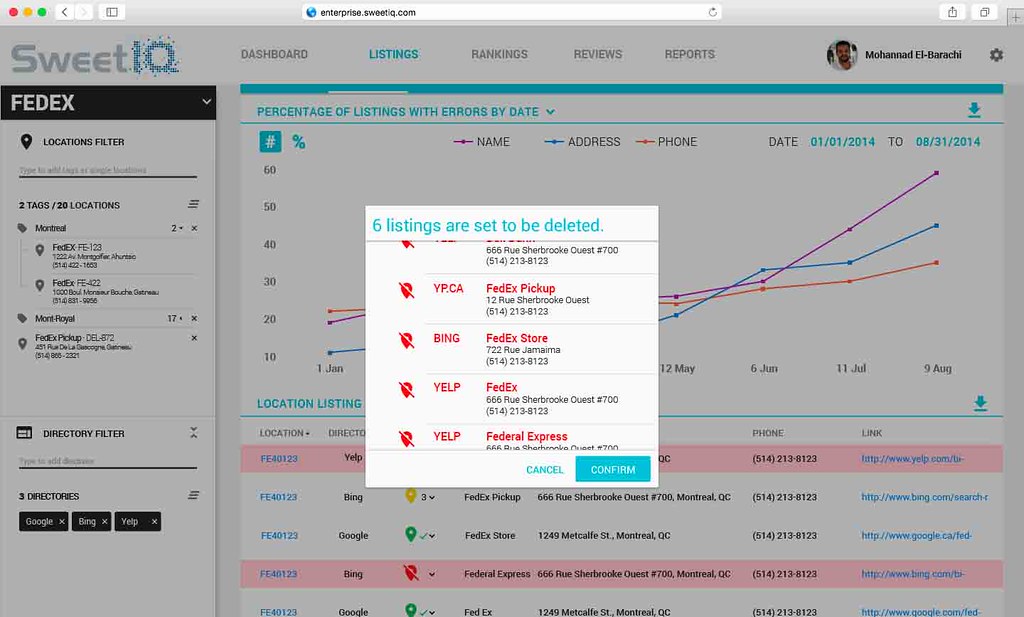 Montreal’s SweetIQ might not be a household name but many of its clients are.

The local marketing and analytics startup has been flying under the radar but, less than five years after going into business, it has managed to rackup an rather impressive client list.

“We’re not one of the more well-known startups in Montreal,” Mohannad El-Barachi, the company’s co-founder and CEO, admits. But that doesn’t mean it hasn’t been busy, major brands like FedEx, Bell, Domino’s, SportChek, GM and McDonald’s are using the company’s software to improve their visibility on local searches.

“In the same way we’re used to finding stuff online so quickly, that needs to happen offline too,” El-Barachi.

SweetIQ first started as a marketing agency, but “fairly quickly we realized that there was a lot of demand from local businesses” looking to their online listings El-Barachi says.

But it wasn’t long before he realized that “people wanted something more,” he says. They wanted to “quantify what these listings did.”

While there used to be a single book that listed all nearby businesses, there’s been a proliferation of “listings” sites – everything from Google+, Bing Places and Yelp to the online version of the old-fashioned Yellow Pages itself.

That that means many businesses aren’t listed where they need to be, El-Barachi says. That’s part of SweetIQ’s offering – helping stores and restaurants get listed in the right places for their local area and industry.

“When you search for bagels, you want bagels that are close to you,” he says. “The importance of local search is the results that it yields.”

51 per cent of people who search for a local business on mobile make a purchase within 24-hours, according to market researcher BIA/Kelsey. It’s the “clearest expression of intent,” El-Barachi says.

But El-Barachi says his goal isn’t just to “convert local searches.” Instead, he wants to be able to show his clients which listings matter.

By using coupons and attributable impressions from local ads, El-Barachi says he can deliver a “hard ROI” in a business that’s often known for soft promises. SweetIQ can “go beyond impressions,” he says and show brick and mortar retailers “the actual monetary result” of their online efforts.

It’s a big opportunity: 40 per cent of offline spending is influence by online searches, according to research conducted by BIA/Kelsey for SweetIQ, and that number is growing.