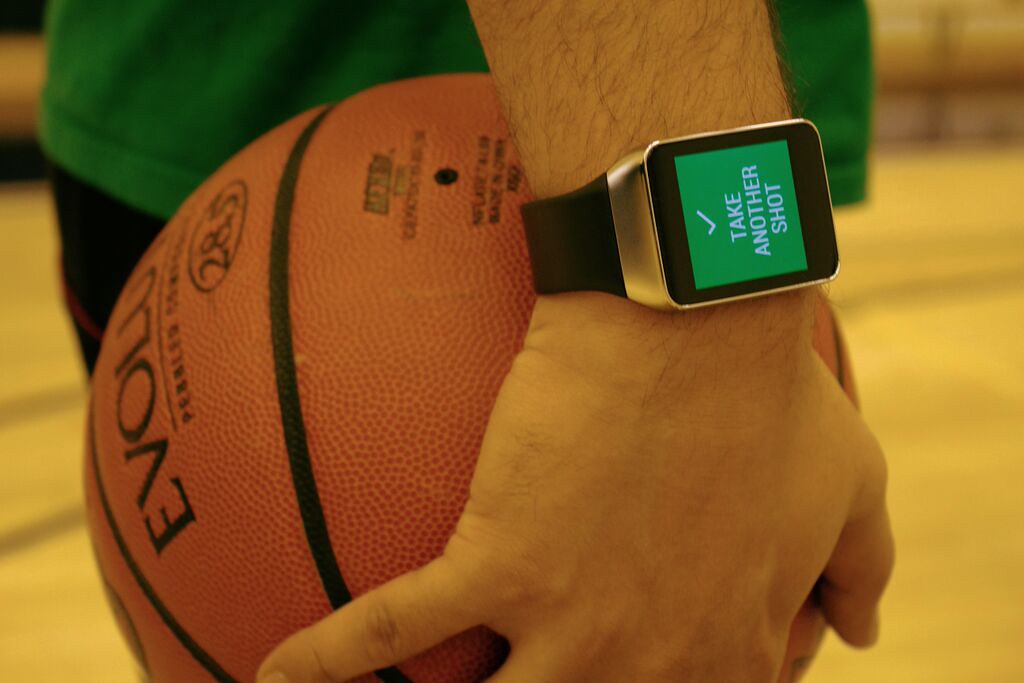 This new sports-tech uses motion sensors to analyze an athlete’s technique and provide tips. With a goal to bring high caliber coaching to players at all levels in training, Onyx Motion has partnered with NBA Athlete, Ben Gordon, as Swish’s director of innovation.

“The Swish technology is bringing users closer to their favorite basketball player by giving them the opportunity to learn from them,” said Gordon.

“Here at Onyx Motion, we are building the next generation of AI for sports coaching,” said Wu. “Our goal was to create a health and fitness device that would give personal recommendations, not just churn out numbers.”

The Swish app is the first step of Onyx Motion’s vision to provide kinesthetic learning across sports and eventually other industries. Onyx Motion’s goal is to raise $10,000 on Indiegogo by August 8 to fund the launch of an Android Wear app, in addition to developing for the Apple Watch, and capabilities for other sports.