Seven of the 10 largest disclosed Canadian venture capital deals in the first half of 2017 were secured by companies in the tech industry, reported CVCA’s in their latest market overview.

ICT companies snagged 68 per cent of total capital invested in the first six months of this year, totalling $1.1 billion over 158 deals out of the $1.6 billion doled out to 260 deals.

Montreal-based Element AI raised a record-breaking $141 million in a Series A round of funding, helping the company grow its position as the largest AI company in Canada.

Venture capital invested in the Canadian tech industry has increased annually over the past few years, from 61 per cent in 2016 and 58 per cent in 2015. 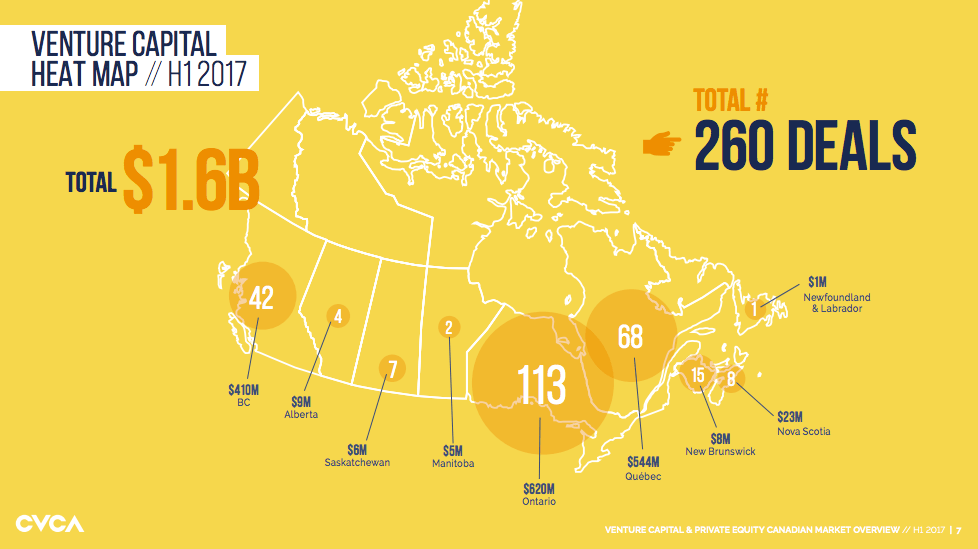 The top five cities for deals were Toronto, Montréal, Vancouver, Kitchener-Waterloo and Ottawa; Ontario cleaned up with $620 million invested in 2017 so far.