Canada’s technology M&A activity seemed to have a soft end to the summer, with only 13 reported transactions in the month of August for a total of $82 million.

Two deals of note in August were Ottawa’s Fluidware, bought by SurveyMonkey for $22 million and Toronto’s NthGen Software selling 50% of its company to KAR Auctions unit, ADESA, for $33 million.

Things were a bit busier in the private placements side with 34 transactions reported for just under $170 million in announced value. The largest of these was Waterloo’s Desire2Learn and their $92.7 million round, the second huge round by that company in the past 15 months. 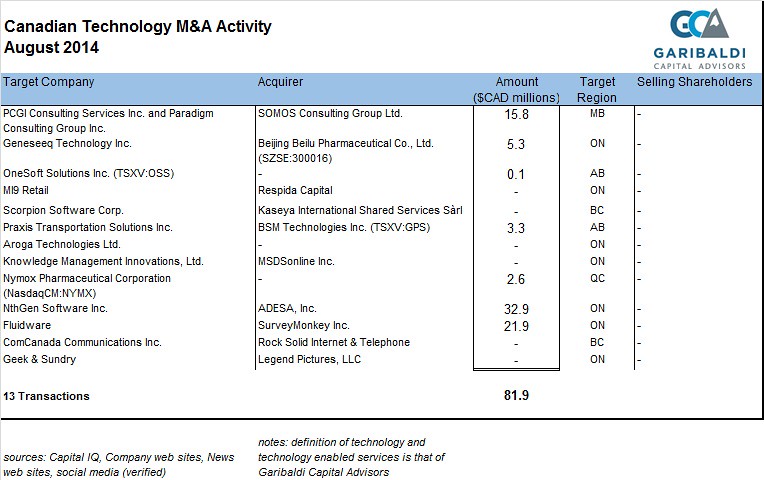 Other notable financings included ProMetic Life Sciences in Quebec raising $20 million and BLiNQ Networks in Ottawa topping up with $16.5 million. While it wasn’t the biggest round, Kelowna’s Fresh Grade raised $4.7 million in a “super seed” round that was entirely US investors, including Accel Partners, for their education communication platform. 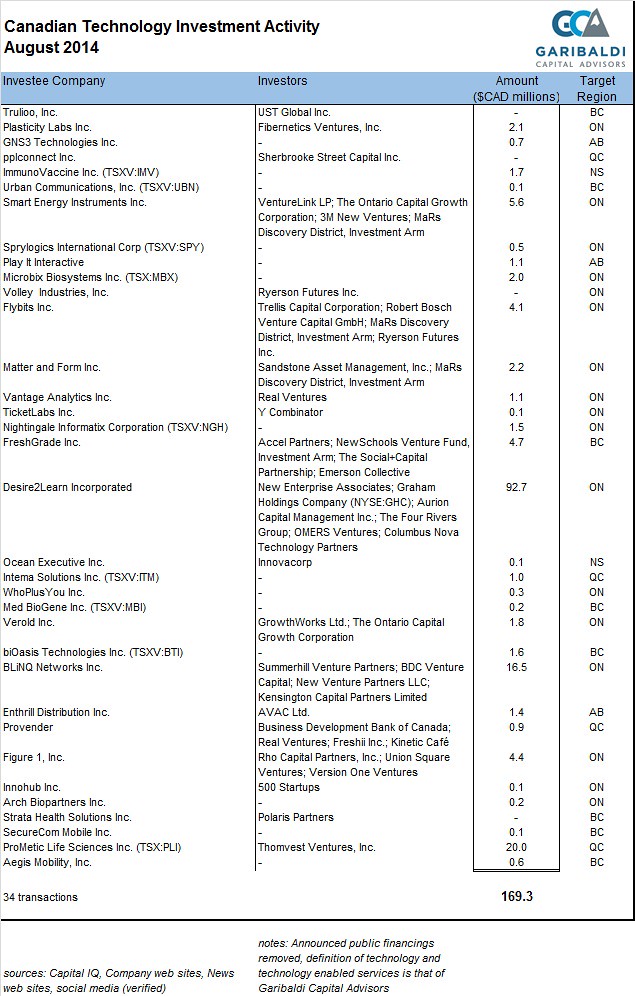 As always, Garibaldi is looking for you to help point out notable financings or M&A events that we missed so we can publish and share with the tech community.