Canada offers high-quality tech talent at a fraction of the price when compared to American technology hubs including San Francisco and Seattle.

When it comes to cost and quality, Vancouver was ranked as the best-value market for tech talent and edged out Toronto which came in second best, according to an analysis by CBRE.

When it comes to compensation, the average wage in Toronto is $82,385. In Vancouver, it’s slightly less at $79,402. But in San Francisco, companies are paying their employees on average $123,158 (all salary averages are in US dollars).

While those looking for tech jobs in Canada might not like the lower than average wages, tech firms can capitalize on the value in both the Vancouver and Toronto markets. The report found that the cost of talent is the largest expense category for most companies but that quality remains a top consideration–something that bodes well for Vancouver and Toronto which offer the best quality talent for the cheapest rate. 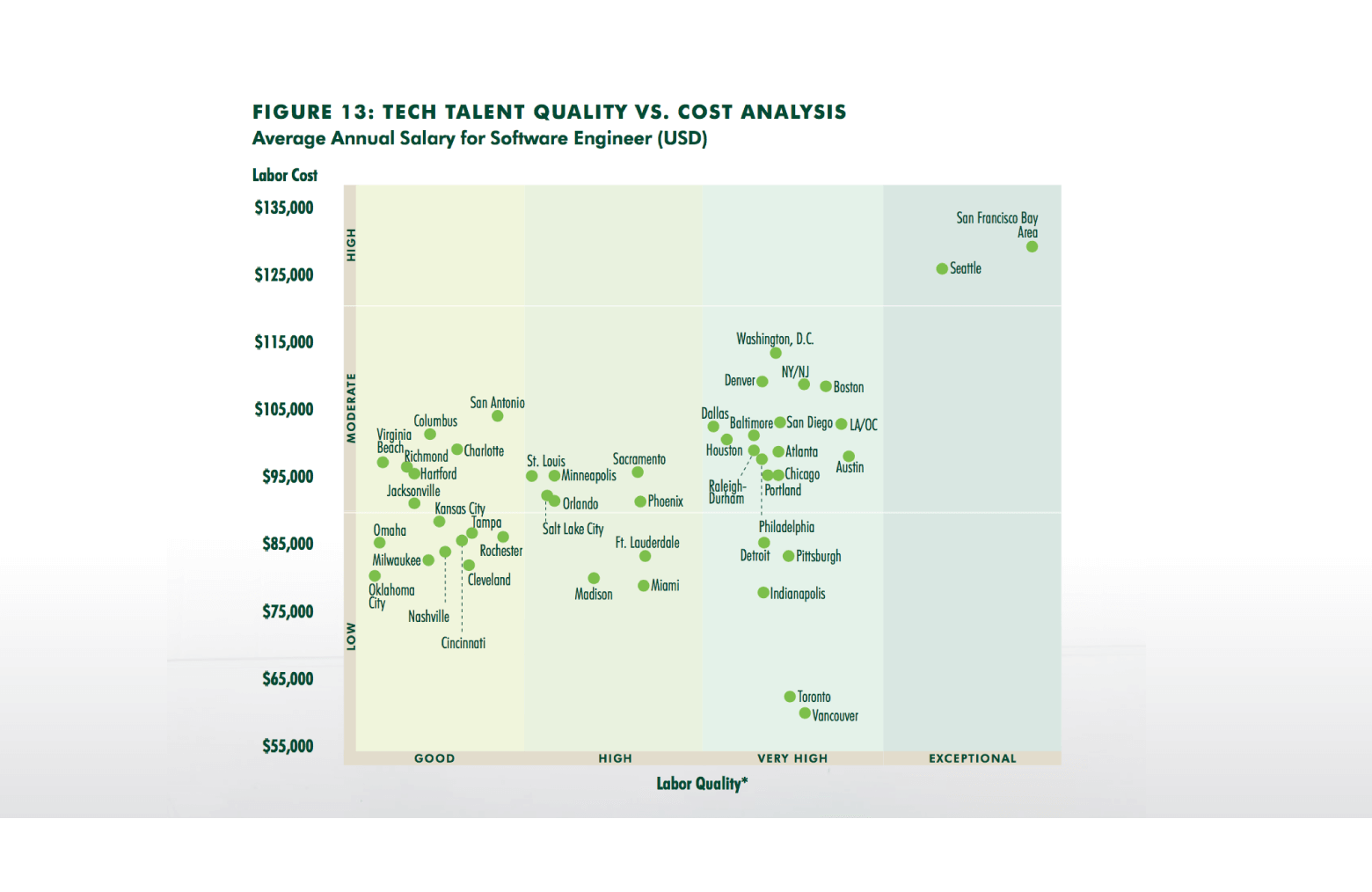 The report also analyzed tech labour concentration, what they call an influential factor in how “tech” the market is and its growth potential. Both Toronto and Vancouver cracked the top ten, landing in fifth and eight place respectively.

Toronto in particular is gearing up for rapid technology growth–tech jobs increased by nearly 32 per cent in the last five years–and its made a pitch to compete for global talent. However, Canadian technology companies still don’t receive the same high profile status as their Silicon Valley competitors. Even globally known companies like Shopify–with its company headquarters in Ottawa–aren’t branded Canadian.

With that said, this report points to an attractive offer: technology entrepreneurs looking for the next best place to build a startup should start looking north.