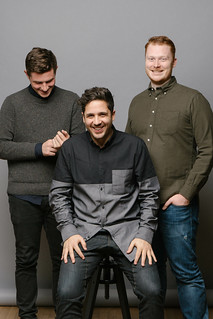 Altos and Contour were also Series A investors in Bench.

The new round, which brings total capital raised to over $40 million, will go toward product enhancements and the rollout of a new product.

Since 2012, Bench has made significant strides in its journey toward fully automating the job of a bookkeeper.

By creating task­ specific algorithms and perfecting tools that can work seamlessly with bank data, payment data, etc., Bench has reduced the labour time of its bookkeepers by 75%.

Ian Crosby, the CEO and co­founder of Bench, and a member of the Forbes 30 under 30, said, “This capital allows us to remove any constraints to ensuring our culture and environments can flourish as we undergo this rapid employee growth.”

The company has seen major demand for online bookkeeping services as the millennial generation of small business owners and independent contractors naturally gravitate towards online solutions and cloud­based communication.

Indy Guha, a San Francisco ­based partner at Bain Capital Ventures and new Bench Board member said, “Bench is capturing the attention of people who grew up with the Internet and who seek convenient cloud and mobile solutions to eliminate unwanted tasks. BCV was impressed with the level of scalability Bench has achieved and is excited by the chance to back an important new SMB platform.”

Since its Series A funding announcement sixteen months ago, Bench has doubled its workforce in Vancouver to 230 employees and increased its revenue threefold while expanding its service to thousands of small businesses across the US.

Bench launched in July 2013 after being a part of the Spring 2012 Techstars cohort, at which time it was known as 10Sheet.