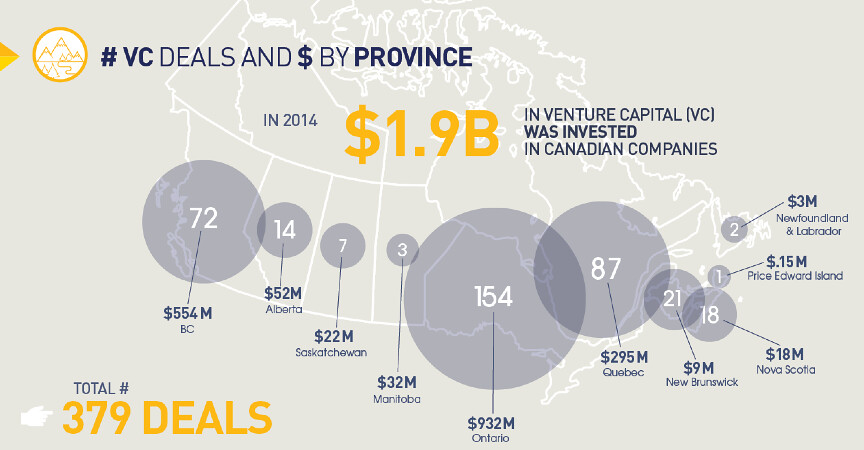 According to the Canadian Venture Capital & Private Equity Association’s (CVCA) 2014 VC and PE Market Activity report, there was a total of 379 venture capital deals with $1.9 billion invested, and 296 private equity deals with $41.2 billion invested last year.

“Venture capital and private equity investment remains robust and the feeling amongst our industry is that won’t change in 2015,” said Mike Woollatt, CEO of CVCA. “Despite the economic uncertainty in Canada, there are opportunities.”

The strong results are expected to continue in 2015. Data collected from a comprehensive survey of CVCA members shows that the vast majority (77 per cent) believe current economic conditions favour the private capital industry. Notably, almost two-thirds (61 per cent) of private equity members believe that depressed oil prices improve their business outlook for this year.