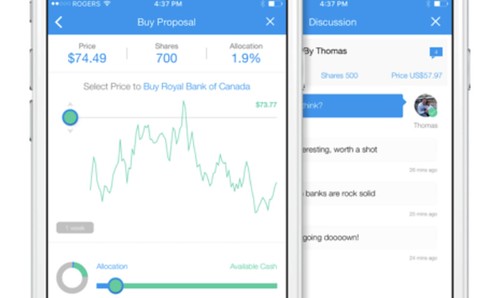 Vancouver-based fintech company Voleo announced today that it has been selected to participate in Accenture’s FinTech Innovation Lab.

Taking place at Level39 in London between January 6 and April 7, Voleo will work alongside 14 other startups from around the globe with the likes of HSBC, Barclays, Santander, RBS Group, Lloyds Banking Group, Deutsche Bank and JP Morgan.

Each participant will be immersed in the program intended to nurture and progress new technologies for the financial services sector.

As the only Canadian participant in this year’s global cohort, Voleo will represent the best of Canadian fintech innovation to an international network of the industry’s top visionaries, executives, corporations, mentors and supporters.

“Voleo’s acceptance into the 2016 FinTech Innovation Lab is a tremendous honour, and testament not only to the potential of our intellectual property but to the advancements in the Canadian financial technology landscape,” Voleo CEO Thomas Beattie explains.

“Voleo’s participation represents major progression in investment technology. Global banks are identifying our platform as one that bridges the gap of investing through mobile-based user activity which is a meaningful step on the road to international partnerships.”

Voleo’s proprietary technology is a mobile-based platform in which users form, fund and manage private investment clubs (funds) within their chosen network. Users propose and vote on trades in publicly traded entities with the majority effecting trades automatically.

Ongoing fund performance, and individual performance (measured based on votes and proposals, whether effected or not) are objectively measured and displayed on the platform, enabling users to follow successful investors and/or funds in real time.