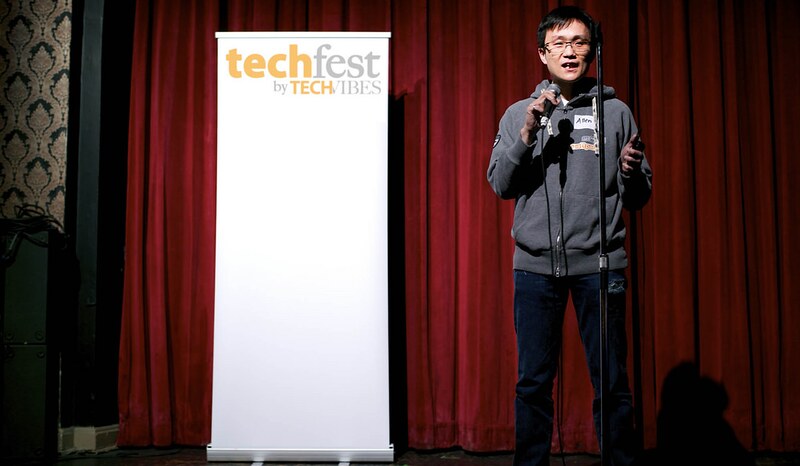 All of Wattpad’s existing investors also participated in the round, including: Union Square Ventures, Khosla Ventures, Jerry Yang/AME Cloud Ventures, Golden Venture Partners, and Boris Wertz of Version One Ventures.

Wattpad is the first social platform to create direct connections between readers and writers on a massive scale. With Wattpad, readers around the world can access millions of free stories from any mobile device or computer, as well as interact with writers. More than 25 million people spend upward of six billion minutes a month on Wattpad.

While the majority of users reside in the US, UK, and Canada, international growth is strong. Wattpad is already the number one app in the Philippines and 10 percent of overall traffic comes from Spanish-speaking countries.

Wattpad will use the latest funding to expand its Toronto team and it is actively recruiting on the Techvibes Job Board (pictured is CEO Allen Lau at Tech Fest Toronto). Wattpad is also in the process of moving to a new downtown office space at the end this month to accommodate its rapid growth. Series C funds will also be used to support product development and community growth.

“We’ve grown 200% since this time last year and tens of thousands of people join the Wattpad community each day,” said Allen Lau, Wattpad CEO and co-founder. “We’re on-track to become one of the most successful consumer Internet companies in the world.”

“People’s access to books and opportunities to tell the stories that matter to them varies greatly around the world. Wattpad is changing that by giving anyone an opportunity to read and write from the devices they own,” added Jim Orlando, Managing Director at OMERS Ventures.