Xiaomi has usurped Fitbit and Apple’s iron grip on the global wearables market, according to the latest research from Strategy Analytics.

Fitbit’s quarterly shipments fell from 5.7 to 3.4 million, while Xiaomi’s shipments rose from three million to 3.7 million over the same period. 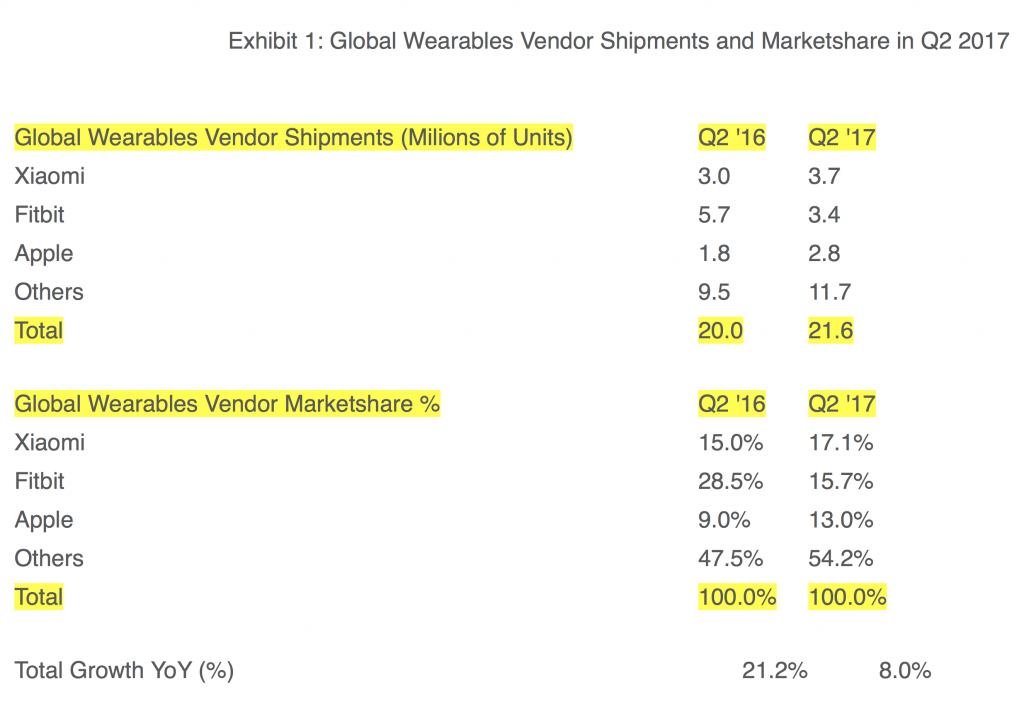 “Xiaomi’s Mi Band fitness trackers are wildly popular in China, due to their highly competitive pricing and rich features such as heart-rate monitors, step-counters and calendar alerts,” Neil Mawston, Executive Director at Strategy Analytics, said. “Fitbit is at risk of being trapped in a pincer movement between the low-end fitness bands sold by Xiaomi and the fitness-led, high-end smart watches sold by Apple.”

Apple shipped 2.8 million Watches, up by a cool million over the same quarter last year.