We’ve written about how Toronto became a tech leader, and how the sector continues to soar, but the city’s growth is not limited to jobs in tech. According to the Rider Levett Bucknall Crane Index, Toronto is home to the most construction cranes in North America, with 97 currently in use. This is the second year in a row the Ontario capital has led the crane count, and what’s more astonishing is that there are another 393 proposed skyscrapers, with 10.1 million square feet of new office space in the pipeline for Toronto’s core.

In short, Toronto – already the biggest city in Canada – is changing and quickly.

Here are six construction projects that will have a big impact on Toronto’s tech industry.

Spread over seven and a half acres, and just down the street from BrainStation’s Toronto campus, The Well is set to make a large impact on the already tech-focused King West neighborhood. The mixed-use project, which is already under construction, includes five residential towers and two office buildings. 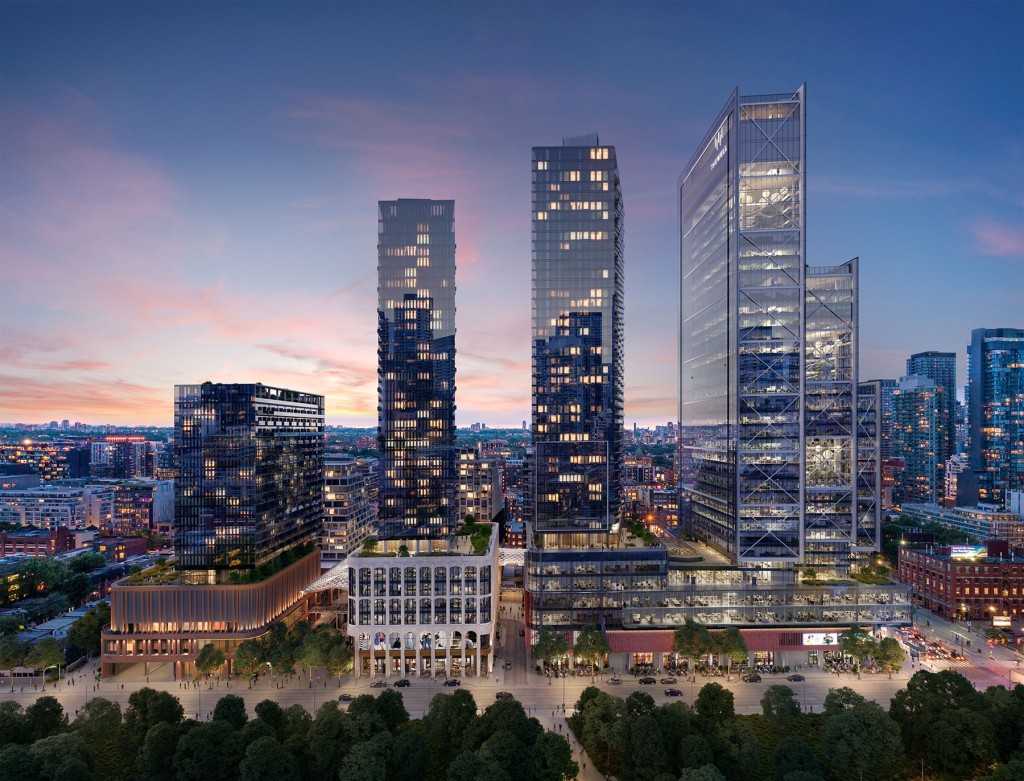 In all, the development will provide: 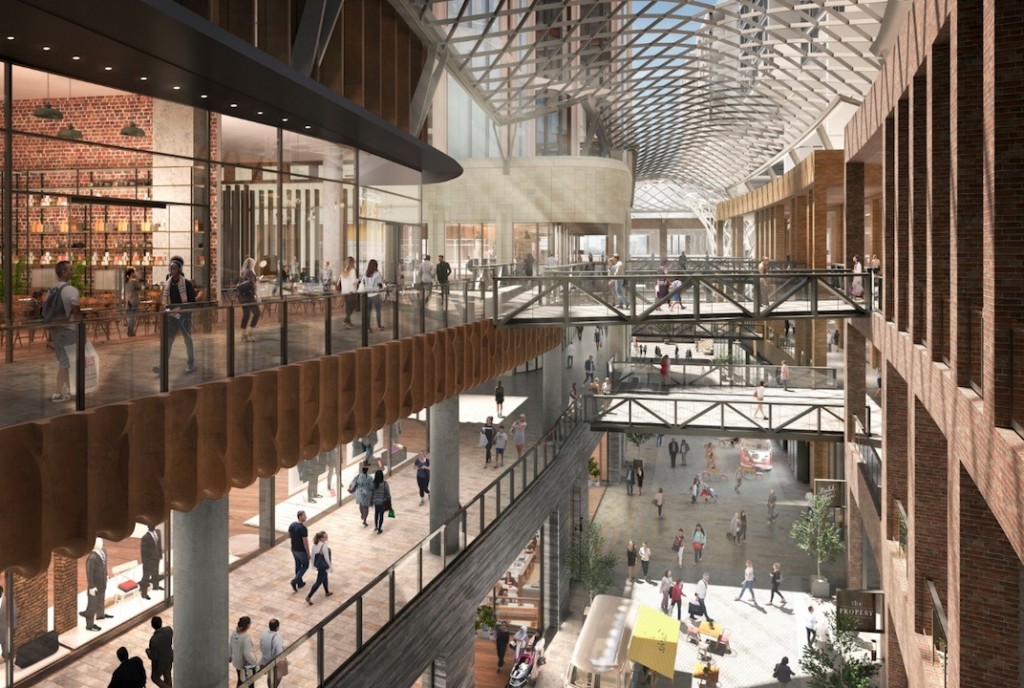 Set for completion in 2022, the project has already secured two big-name tenants: e-commerce platform Shopify, which has announced a $500 million investment to take over the project’s signature office tower at the corner of Front and Spadina; and Spaces, the Amsterdam-based co-working office company, will have over 127,158-sq-feet of office space in the project’s second office tower.

In October 2017, Google’s sister company Sidewalk Labs announced it would develop Quayside, a 12-acre site just east of the Downtown Toronto core. Since then, the company has released a 1,524-page-long draft master plan that was both praised for its ambition and criticized for overstepping its initial boundaries (and helping to bring on a data-driven, dystopian future). In short, there is a lot that remains to be seen.

What we do know is that Sidewalk Labs says it will spend $1.3 billion to build the “neighborhood of the future in Toronto.” And this investment will help create 44,000 jobs, $4.3 billion in annual tax revenues, and at least $38 billion in private sector investment by 2040. 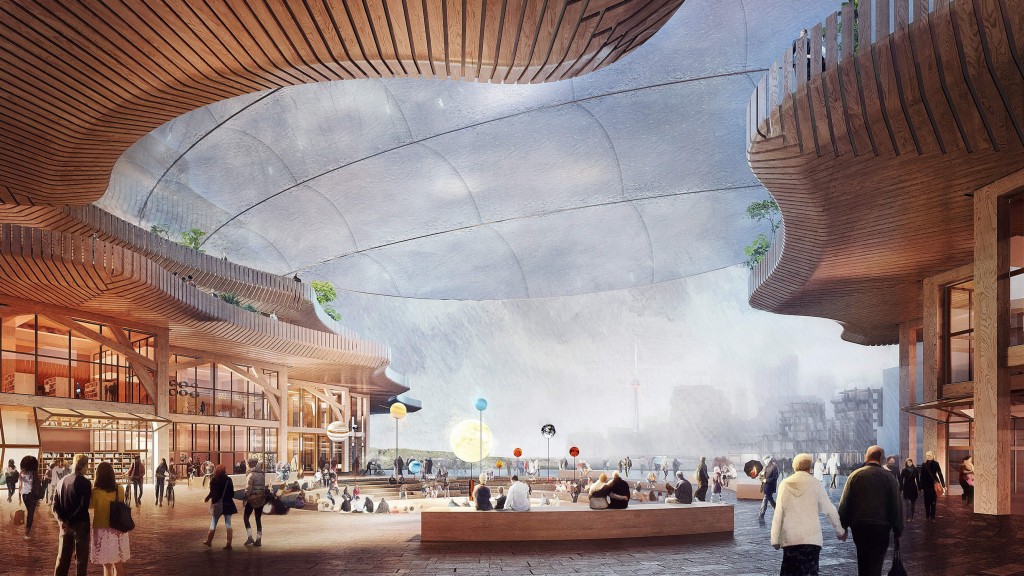 Located on 60-acres of land east of Toronto’s downtown core (and just north of the future Sidewalk Labs site), East Harbour is a massive commercial project that aims to be both a new employment node and a secondary transportation hub for the city. The plan calls for regional transit links and a mix of office, retail, and institutional developments totaling 12-million-square-feet. 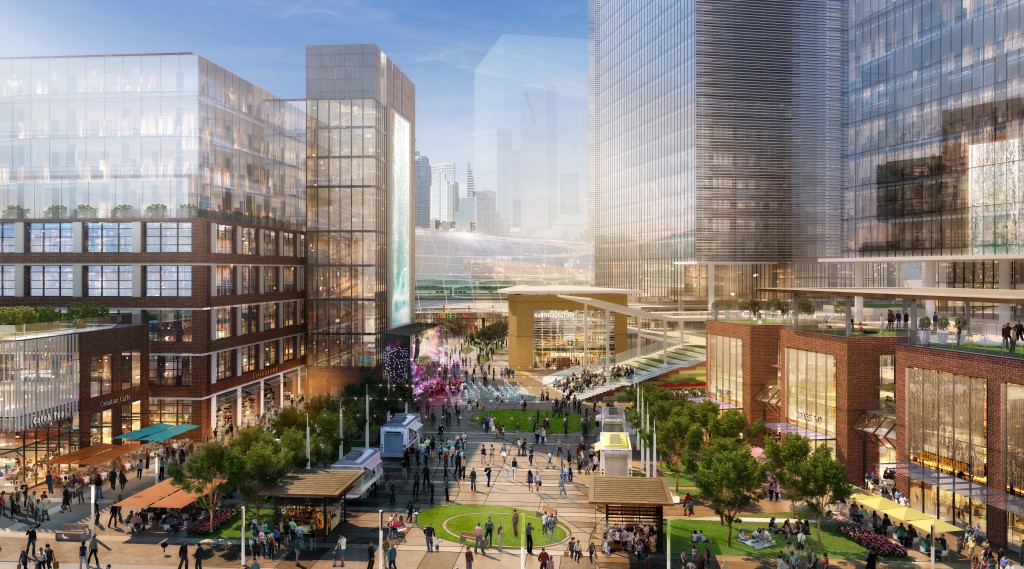 “This will be the largest commercial development ever undertaken in Canada,” said John Sullivan, CEO of Cadillac Fairview, the development company now overseeing the project. “Think of this like Canary Wharf in London.”

Apart from the new housing units, The project is expected to create 22,000 construction jobs and 18,000 direct jobs upon completion. 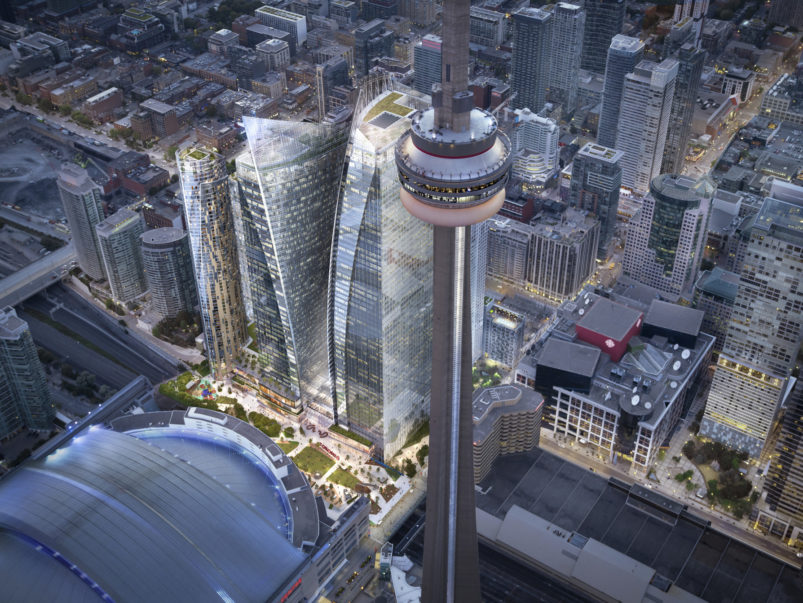 The University of Toronto has started construction on the 14-story Schwartz Reisman Innovation Centre.

Directly across the street from the MaRS Discovery District, the Centre will house the university’s office for Entrepreneurship, Innovation, and Partnerships. It will also be the home of the Vector Institute, an independent, not-for-profit corporation dedicated to research in the field of artificial intelligence (AI). 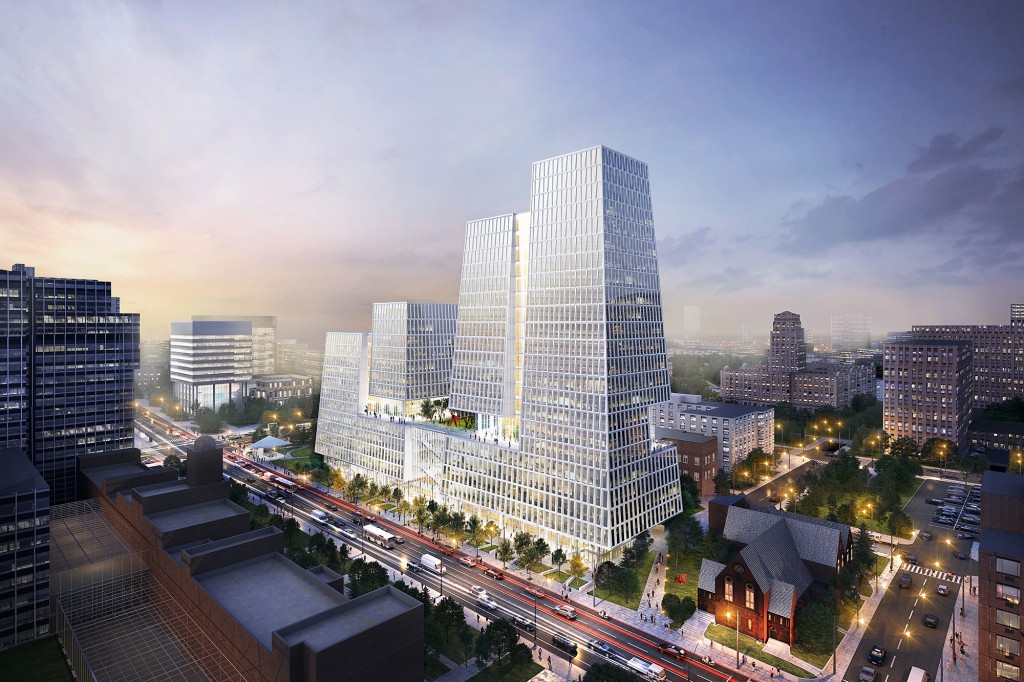 The Vector Institute is led by Geoffrey Hinton, the “godfather of AI,” and it will strive “to attract the best global talent focused on research excellence in deep learning and machine learning.”

The project is expected to be completed in 2021.

Once completed at the end of 2020, the project’s first tower will stand 49 stories and include 1.5-million-square-feet of office space, all of which have already been pre-leased. Microsoft is among the building’s first tenants, and the tech giant will occupy 132,000 square feet over four floors. 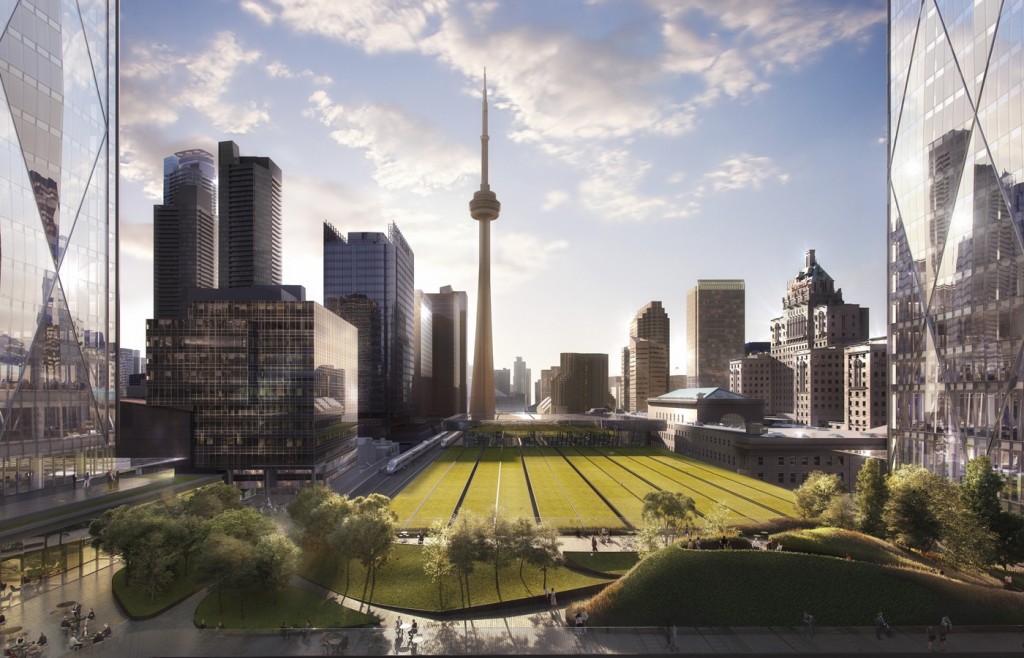 “By relocating our headquarters to CIBC Square in downtown Toronto, we will be able to better serve our customers and attract top talent to continue to drive innovation and growth for our Canadian customers and our large partner ecosystem,” Microsoft Canada President Kevin Peesker said in a press release.

The second tower is expected to break ground in 2020.

As we get set to ring in 2020, it's a good time to reflect on the year that was. Here are some of the biggest stories from a busy 2019 in Toronto tech.