We’ve talked about the growth of New York’s tech scene, but 2019 might prove to be a pivotal year in the city’s emerging status as a global tech leader.

With the holidays approaching, we decided to take a look back at the past 12 months in the Big Apple.

Here are some of the things we learned from the biggest New York tech industry stories and developments from 2019.

The grants total $550K and awardees are expected to deliver a “mix of actionable blueprints for employers and training providers, focused recommendations to policymakers and funders, and specific programming ideas.” 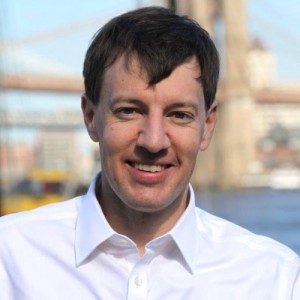 James Patchett, President and CEO at the NYCEDC

The city is also involved in finding a home for a new Artificial Intelligence center and has invested $7 million into the development of AI technology. These initiatives are intended to help put the city at the forefront of this emerging sector, which, according to the EDC, has seen a 678 percent increase in job postings since 2013, with 12,000 job postings for AI-related positions in New York City in 2018 alone.

“As we continue to see record levels of investment and growth in this sector, it’s critical that we establish structures and tools that ensure innovation happens responsibly,”  said James Patchett, President and CEO of the New York City Economic Development Corporation (NYCEDC). “The NYC Center for Responsible AI does just that; fostering collaboration and focusing efforts on creating solutions that build trust in the way these transformative technologies are used.”

Earlier in the year, the NYCEDC and CIV:Lab, a nonprofit dedicated to connecting urban tech leaders, announced the launch of The Grid, a partnership network for New York’s urban tech community. The network launched with more than 70 member organizations and aims to foster collaboration between businesses, academics, and local tech leaders. The Grid is an expansion of NYCEDC’s UrbanTech NYC program, which has helped establish a number of innovation hubs in the city, including New Lab, Urban Future Lab, and Company. 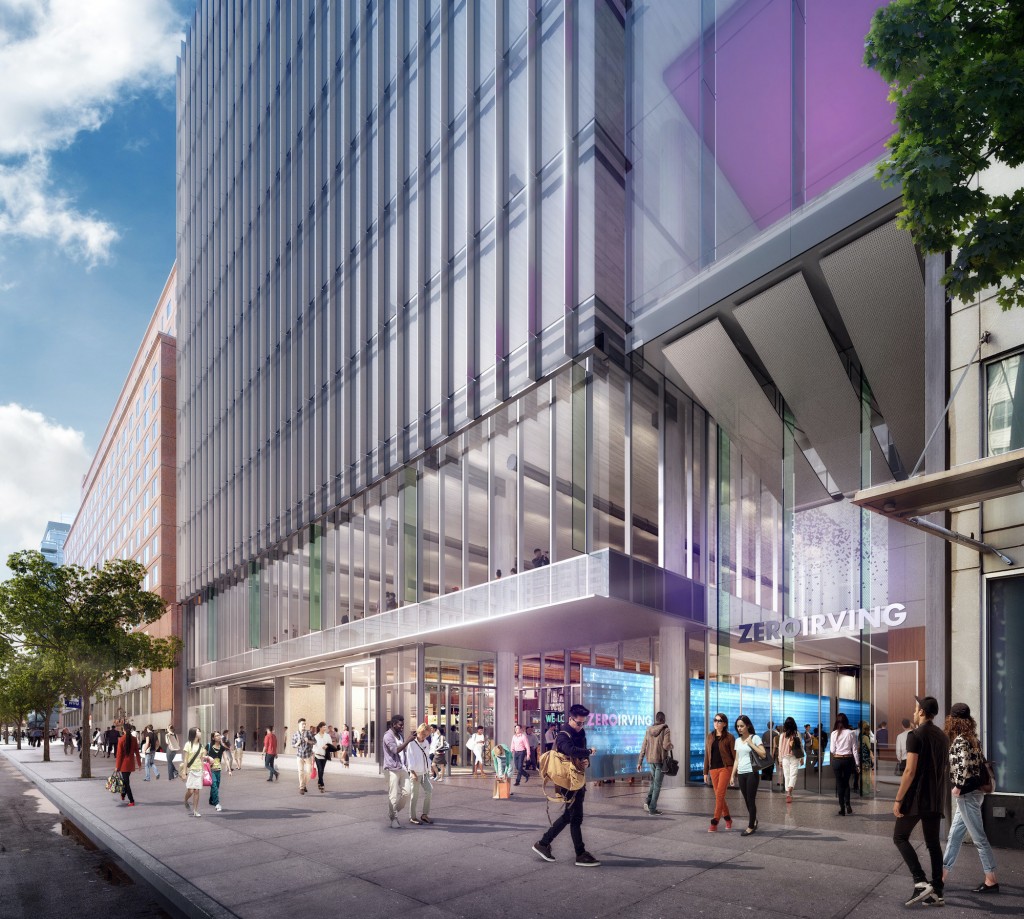 Toward the end of the year, New York invested an additional $4 Million to its $20 million CUNY 2X Tech initiative, which intends to double the number of tech-qualified graduates by 2022. Since launching in 2017, CUNY 2x Tech has helped train over 1,000 students and increased graduate job connection rates by 21 percent.

“In just two years, more than 1,000 New York City students have already taken the first steps on their road to a tech career, and by increasing our investment in CUNY 2x Tech, hundreds more will be able to stay put and find a fulfilling job in one of the country’s biggest tech hubs,” said Mayor de Blasio.

2019 was a big year for funding in New York, which solidified its position as the number two venture capital ecosystem behind San Francisco.

Already, 2018 saw a record-setting $14.25 billion in venture investment, which represented a 91 percent increase over the $7.46 billion generated just four years earlier. This has continued to grow in 2019. As of October, roughly $16.83 billion worth of VC deals were already completed. 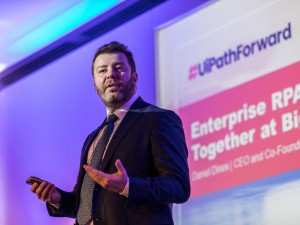 This was led by some very big numbers:

“I don’t think that we have seen the apex of it at the moment—I think it continues to grow,” said Eric Hippeau, Managing Partner at Lerer Hippeau.

“If I look at the early-stage pipeline, where we are mostly focused on, the number of companies that are looking for funding continues to grow, maybe 20-25 percent every year,” Hippeau said, and he would know. Lerer Hippeau is New York’s most active venture capital firm, having closed 482 deals since 2010, 287 of which are based in the New York Metropolitan area.

NYC is Standing on the Shoulders of (Tech) Giants

Facebook announced in September that it planned to double its headcount in New York City, hiring more than 3,000 people over the next three to five years. To do so, they needed more space, so they signed a lease for over 1.5 million square feet, spread across the 30, 50, and 55 Hudson Yards office towers. 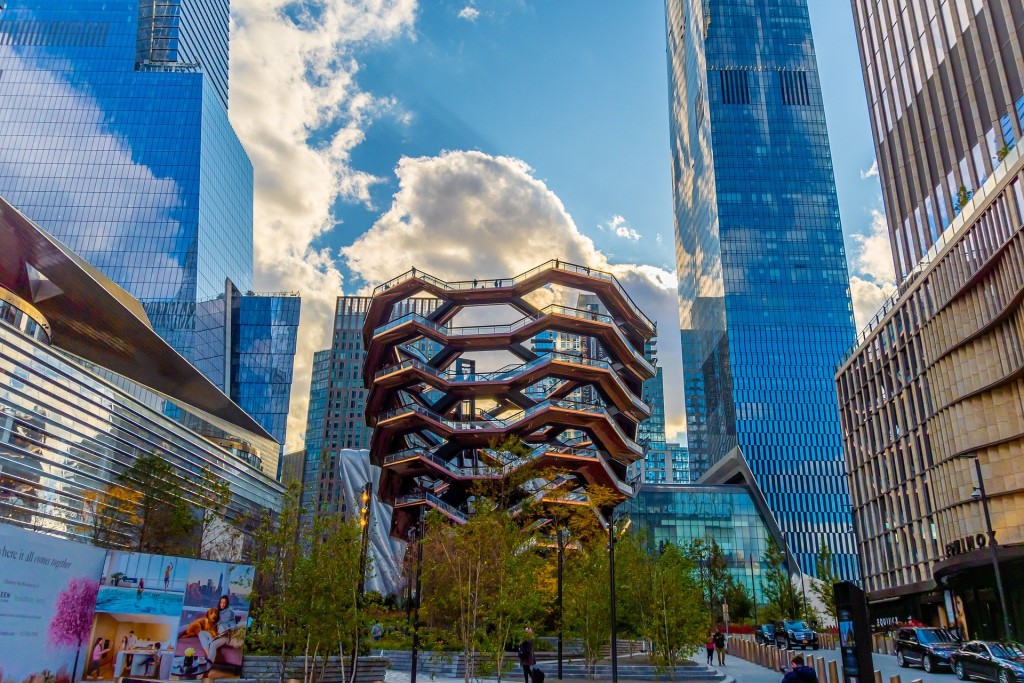 This is one of the largest real estate transactions for Facebook, which opened its first New York offices in 2007. The company currently has close to a million square feet of office space.

Meanwhile, Amazon may have backed out of their HQ2 plans in Long Island City, but they are still bullish on the Big Apple it seems. The company last week signed a lease for 335,000 square feet of office space in the Hudson Yards neighborhood. Amazon is believed to be moving 1,500 employees to the property in 2021 once it has been redeveloped. This isn’t quite the 25,000 jobs their HQ2 plan was forecast to create, but opponents of that incentive-heavy plan were still celebrating the announcement.

“Won’t you look at that: Amazon is coming to NYC anyway – without requiring the public to finance shady deals, helipad handouts for Jeff Bezos, and corporate giveaways,” Rep. Alexandria Ocasio-Cortez tweeted when news of the announcement broke. When this was, predictably, met with a barrage of criticism, she responded with another tweet:

“The 25,000 jobs figure was a 10-20 year fantasy number from Amazon, not a promise or agreement. In exchange for that lack of commitment, they wanted billions of public dollars. Their Y1 jobs projection was 700,” she wrote.

Me waiting on the haters to apologize after we were proven right on Amazon and saved the public billions https://t.co/AC64pG0nZI pic.twitter.com/xzCepkX4AV

Apple has also been eyeing Hudson Yards. According to The Real Deal, the company is looking for anywhere from 200- to 750,000-square-feet of office space across Manhattan. Other potential locations include the Farley Post Office redevelopment and One Madison Avenue. That kind of massive real-estate expansion would also seem to indicate that the company will be ramping up its hiring efforts in NYC.

Not to be outdone, Google finalized a lease for 1.8 million square feet of space in the redevelopment of the St. John’s Terminal in Hudson Square. The company has also taken over the Chelsea market and has 300,000 square feet on Eighth Avenue, which they ended up buying for $1.77 billion. They are also leasing 240,000 square feet of office space at Vornado’s 85 10th Avenue.

“We attract a full slate of talent,” said Google Vice President of Engineering Aparna Pappu, explaining the company’s growing NYC footprint. “If you work in just Silicon Valley, you limit who you can attract there. And I think there are companies that have showed that it’s possible,”

New York Might Be the World’s Most Innovative City

At the end of 2019, New York took first place on the Innovation Cities Index, a list of the world’s most innovative cities. The index looks at more than 100 key indicators, including transport, infrastructure, property prices, and startup office spaces, among others. New York ranked particularly strong in smart technology and startups, and with that, it was able to beat out Tokyo, which took the top spot last year, as well as London, Los Angeles, Chicago, and San Francisco.

This year also saw a surge of startup IPOs, some successful, others not so much. Lyft, Compass, and Rent the Runway made big public splashes. WeWork, meanwhile, became a cautionary tale for startups that reach the sun too quickly. Some forecast that Peloton will likely go public next year, but it’s probably too soon to tell.

With more successful startups comes more job opportunities. Already, the city’s 100 biggest local tech companies employ more than 38,000 people according to Built in NYC. New research in 2019 showed that 85 percent of companies plan to increase hiring new tech talent. In fact, 66 percent of companies with more than 1 billion in revenue are looking to fill tech roles in 2020. The good news is, these companies believe they can find that talent in New York.

In fact, New York took was also named the top tech city in the world by a report from UK-based real estate firm Savills, and much of it was down to the city’s abundance of digital skills training opportunities and its ability to attract the best of the best.

“New York can keep generating its own talent,” said Paul Tostevin, Author of the Savills report. “And I think more importantly, recruiting it from around the world.”

Canada's biggest city is changing quickly, with almost 400 proposed towers and a booming tech sector. The two, as it turns out, are not mutually exclusive...