Word is spreading about the thriving tech ecosystem in Chicago, so we thought that with 2020 set to get underway, it was a good time to look back on another busy year in the Windy City.

Here are some of the top tech industry stories and development from the year that was in Chicago.

Through three quarters of 2019 and amid a national decline, venture funding in Chicago was down slightly from the record-setting first nine months of 2017 and 2018 – $1.3 billion compared to $1.6 billion in each of the previous two years – but there was still plenty of reason to celebrate. After all, the number was still dramatically higher than the $900 million raised in 2015 and 2016.

The year got off to a good start as enterprise software company Vistex raised $65 million – and up to an additional $40 million – for future strategic acquisitions, while auto insurance startup Clearcover raised $43 million with an eye on expanding to more states, and FourKites announced a $50 million Series C round to bring its total capital raised to $100.5 million. Grassroots Cannabis then turned heads by raising $90 million in March, one of the biggest funding rounds for an American cannabis company. 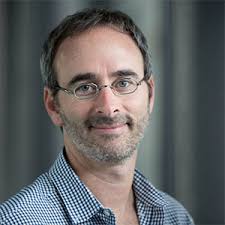 A month later, Tempus announced the biggest funding round of the year in Chicago: $200 million Series F at a value of $3.1 billion dollars. The data-driven precision medicine company, led by Groupon co-founder Eric Lefkofsky, has grown tremendously in a short period of time; since being founded in 2015, the Tempus platform now affects more than one in four U.S. cancer patients. In announcing the funding, Lefkofsky said the company would hire between five and 10 people per week with the intention of adding hundreds of employees to its Chicago headquarters.

“From our founding, Tempus has been singularly focused on improving the lives of patients diagnosed with disease, starting with cancer,” said Lefkofsky.

“Three and a half years later, we are empowering stakeholders across healthcare with insights derived from real-world clinical evidence connected to rich molecular data. We are humbled by the industry response thus far and remain committed to delivering on the promise of precision medicine to improve patient care.”

Other Chicago startups receiving major investments included: AMP Americas, which received $75 million after developing a solution to turn cow poop into renewable natural gas for trucking fleets; LanzaTech, a next-generation fuels producer that raised $72 million in August; and Cameo – the startup that allows fans to buy personalized video greetings from their celebrities, athletes and performers – which closed $50 million in Series B financing in June.

On the local acquisitions front, homegrown cannabis startup Verano Holdings was acquired by Phoenix-based Harvest Health & Recreation in a landmark March deal for $850 million. That will allow Harvest to hold licenses allowing it to operate up to 200 facilities in 16 states across the country.

Chicago’s ascent to tech-hub status couldn’t have happened without the robust support of varying levels of government, community partners and local businesses, and that certainly continued in 2019.

In November, Mayor Lori Lightfoot and several local tech leaders gathered to mark the third annual Chicago Tech Day. Hosted by eDiscovery software solutions company Relativity, the event saw attendees celebrate the 2,000 new jobs added by 15 local tech companies around the end of 2019. In 2020, Relativity will launch Relativity Fellows, a program that will find, train and employ people from Chicago’s underserved communities, with a focus on the South and West sides of the city.

“For tech leaders, it’s important that we reach into the communities where opportunities don’t come,” said CEO Mike Gamson, noting that Relativity would be on track to expand from 1,000 local employees to 1,400 by the end of 2020. “We need to take responsibility for recognizing that talent is often distributed evenly, but opportunity is not.”

Chicago also got good news in October from the Illinois government when a $45 billion capital bill with tax incentives for data centers – intended to lure more IT industry to the state – was signed into law. And in August, the government launched Connect Illinois, a $420 million statewide broadband expansion project that will improve the state’s infrastructure and spur future economic and educational growth.

The year also saw also further recognition for Chicago’s groundbreaking tech hub 1871. At the World Incubation Summit in 2019 in Qatar, 1871 – which is home to 450 member companies, 650-plus active alumni companies, seven university partners, and 100 corporate and community partner organizations – was named the world’s No. 1 private business incubator. 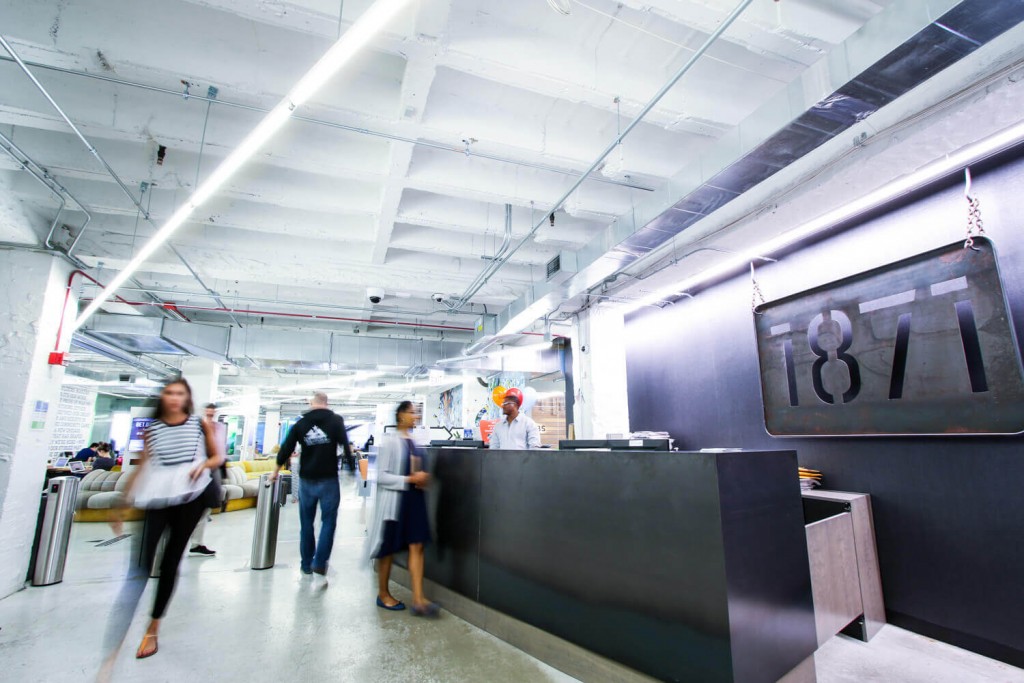 “The wonderful and well-deserved recognition is a testament to the energy and dynamism of our tech community and the result of countless individuals working together to make Chicago the global leader in entrepreneurship and innovation that it is today,” said Mayor Lightfoot.

“As we move forward into the future, we will be building on our success by strengthening our capacity downtown and expanding our reach further into Chicago’s educational institutions, neighborhoods, and communities, ensuring that every entrepreneur can take their great idea and have it drive our economy, transform our lives, and change the way we see the world.”

Silicon Valley Giants Finding a Home in the Second City

The Windy City was the site of many a major real estate deal in 2019, as locally grown companies and especially Silicon Valley tech giants expanded the scope of their Chicago operations or established entirely new offices.

Uber signed a 10-year lease at the Old Post Office in downtown Chicago in August, giving the ride-sharing company 463,000 more square feet of office space. It was the fourth-largest office deal in Chicago in the past five years according to CBRE, and it represents a further investment in the area for Uber, which counts its Chicago office as the second-largest outside of its San Francisco headquarters. Uber said in March that it planned to hire hundreds in Chicago for its Uber Freight unit, which connects truck drivers with shippers.

“Uber is excited to deepen its roots in Chicago,” company Spokeswoman Kelley Quinn said. “The city continues to attract the top talent that Uber needs to continue to thrive, and we remain committed to working together to have a positive impact in the local community.”

Meanwhile, work continued on Salesforce Tower Chicago – a brand-new, 57-story tower that the San Francisco-based cloud software company vowed would be home to 1,000 new jobs by the time it opens in 2023 – and Facebook moved closer to the projected 2020 opening of its massive new office in the Loop, which is expected to bring with it the hiring of at least 2,000 new employees. 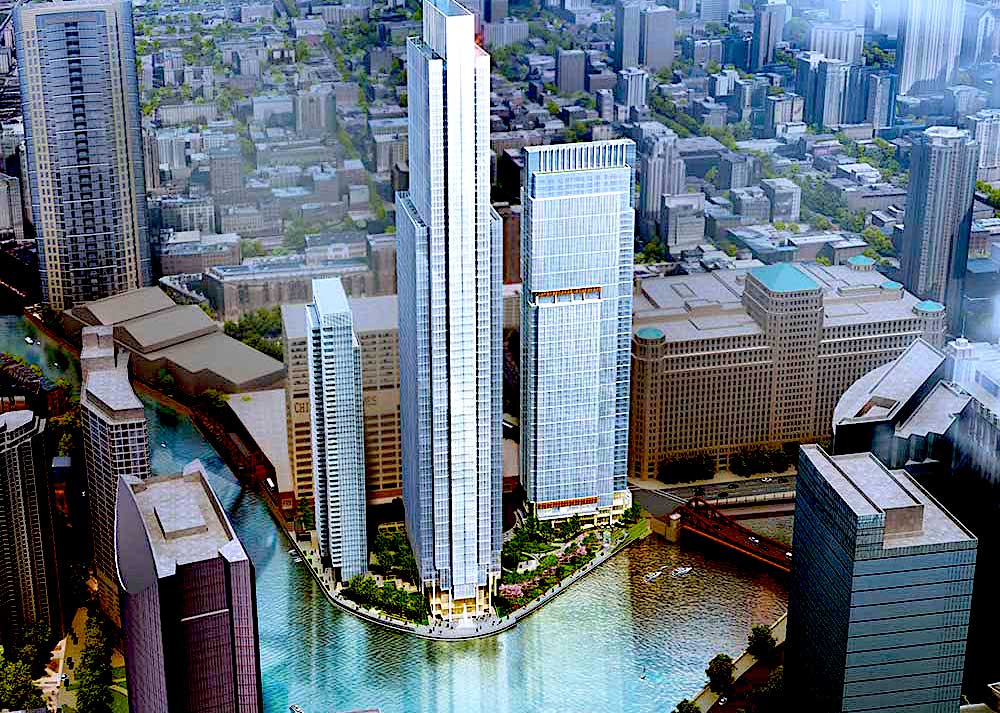 Not to be outdone, of course, was Google. Just as the company was cutting the ribbon on its new office at 210 N. Carpenter Street, reports surfaced indicating that the Silicon Valley giant planned to occupy all the space in two new buildings planned by Chicago developer Sterling Bay. That would be 800,000 square feet combined, bringing Google’s overall footprint in Chicago to about 1.3 million square feet.

In fact, Google’s rapid growth in Chicago mirrors the overall story of tech in the Midwest’s largest city. 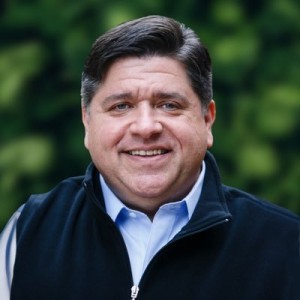 In 2000, Google’s presence in Chicago was limited to a two-person sales office. Now, Google reports a Chicago-based workforce of 1,200 people and plans to hire thousands more.

“We think of Google as a Chicago-based company,” said Illinois Gov. J.B. Pritzker at the ribbon-cutting.

“The city’s culture, diversity, and strong emphasis on community made it a perfect fit for Google and we look forward to our continued growth for years to come,” said Karen Sauder, Vice-President of Sales and Site Lead for Google Chicago.

Part of the reason for the flurry of activity is that, compared to other major U.S. tech hubs, Chicago is still quite affordable. CBRE’s study found that a sample tech-firm might pay roughly $40.2 million annually to operate in Chicago, far less than in the Bay Area ($59.7 million), New York ($55.3 million) or Washington ($51.7 million) and much more in line with smaller cities including Ft. Lauderdale, Fla., Portland, Ore., or Miami.

With millions flying around in VC funding as we discussed, it’s not surprising that Chicago continues to be fertile ground for thriving startups.

If you take the long view, it’s truly astounding how quickly Chicago has transitioned from being a city that few associated with tech to a bona fide worldwide tech hub.

In fact, the U.S. Bureau of Labor Statistics data shows that tech jobs in Chicago have grown 38.6 percent since 2010, employing more than 143,000 people. Unsurprisingly, tech is the city’s fastest-growing industry sector, with more than 4,000 digital companies representing a 270 percent growth rate in just a decade. The city has also led the U.S. for five consecutive years in major corporate headquarters relocations. And it’s also worth pointing out that Chicago has the highest concentration of female-led startups.

And Chicago’s business community and local leadership are united in ensuring that the Windy City’s tech scene maintains its impressive momentum.

“Every year, more tech companies are opening offices in Chicago, creating new jobs for our city’s unmatched workforce and furthering our status as a leading hub for 21st-century innovation,” Mayor Lightfoot said.

“As a city, we are working to ensure residents in every community have the tools, resources, and skills they need to be a part of Chicago’s rapidly growing tech industry.”

As we get set to ring in 2020, it's a good time to reflect on the year that was. Here are some of the biggest stories from a busy 2019 in Toronto tech.

2019 was a banner year for Vancouver. Here are some of the most important trends and stories from the last year in Vancouver tech.