“New York is our No. 1 tech city and boasts a diverse range of talent from the financial and retail sectors to support its technological offering,” read the report. “Prices may be high, but the opportunities are great: world-renowned universities, a business-focused culture and global links make New York attractive for start-ups and multinationals alike.”

This year also marked the first time that KPMG’s annual Global Technology Industry Innovation Survey found more than half of respondents predicting that Silicon Valley would no longer be the technology innovation center of the world in four years. In a separate question, tech industry leaders tabbed New York as the most likely to be named top tech hub by 2023.

“The belief that Silicon Valley will be displaced as the leading hub underscores the continuing decentralization of technology innovation, spurred by investment in other cities and regions globally, as well as contributing factors in Silicon Valley,” said Tim Zanni, KPMG Global and U.S. Technology Leader.

We took a closer look at why many feel New York has already cemented its status as the tech capital of the world.

NYC Is a Leader in VC Activity

Venture capital (VC) activity has risen higher and higher across the U.S. in recent years, but no other city matches the rate of funding growth in New York.

Indeed, New York grew from just over $2 billion in total deal value in 2010 to a record-setting $14.25 billion in 2018. And Pitchbook’s numbers show that 2019 is poised to take the cake, with roughly $15.63 billion worth of VC deals already in the books as of September.

Major 2019 deals include the $568 million Series D funding round for UiPath, a robotics process automation startup, as well as the data mining software startup Dataminr closing a $392 million Series E round at a valuation of nearly $1.6 billion, more than double its 2015 valuation.

Analysts argue that VC funding in New York hasn’t even approached a plateau yet.

“I don’t think that we have seen the apex of it at the moment—I think it continues to grow,” Lerer Hippeau Managing Partner Eric Hippeau said. “If I look at the early-stage pipeline, where we are mostly focused on, the number of companies that are looking for funding continues to grow, maybe 20-25 percent every year.”

Locally based firms like Lerer Hippeau are a big reason for that continued concentration of funding in NYC. Lerer Hippeau’s New York-based investments make up more than 59 percent of its business over the past decade, including such successful startups as Casper, Blade, Glossier, and Warby Parker. 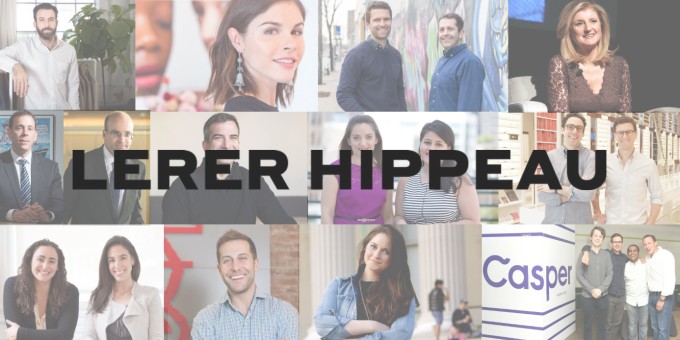 Meanwhile, RRE Ventures closed 209 local deals over the past decade – 59 percent of its total deals – while roughly 50 percent of Boxgroup’s deals were in companies based in New York.

“We live in the community, we understand where the challenges are, and we are equipped to help companies with issues,” Hippeau said.

There’s also been a rise in big-money exits. In 2018, there were 110 VC-backed exits in New York City worth a combined $9.4 billion. Five years prior in 2013, there were also 110 exits – but their combined value was only $4.3 billion. This year, Datadog’s $100 million IPO was deemed one of the best IPOs in years, while local startups Peloton and WeWork also had blockbuster IPOs (even if both have since been surrounded by some uncertainty).

Of course, the reason so much VC funding has been focused on New York is simple: NYC is home to some amazing companies and entrepreneurs.

According to the New York City Economic Development Corporation’s recent Global Startup Ecosystems Report, the city is now the world’s second highest performing ecosystem with 7,000 startups, 326,000 jobs, and over $71 billion in value.

And there’s one area where New York’s tech industry is unmatched: its diversity of industry. 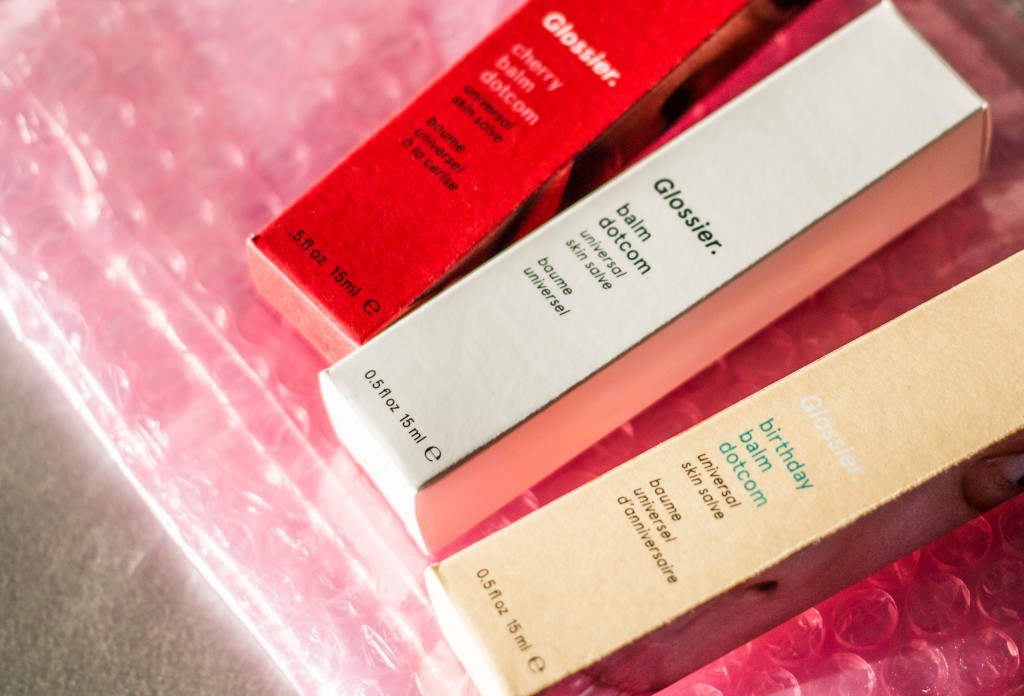 Those are just a few examples of thriving New York startups, but NYC companies are making a difference across all industries.

Startup Genome’s report found that New York boasted the highest percentage of A.I. and machine-learning job positions in a single U.S. metro area, while the local cybersecurity industry spanned more than 100 companies with over 6,000 employees. The life sciences sub-sector is likewise healthy thanks to New York’s nine academic medical centers, more than 50 hospitals and 100-plus research foundations.

Given that New York is the center of economic activity in the U.S., it’s also not surprising that the fintech industry is booming; KPMG’s Pulse of Fintech 2018 report found that American fintech companies received $52.5 billion in investment last year, with the top deals found mostly in New York, headlined by HIS Markit’s $1.9 billion takeover of the market intelligence, data, and technology solutions firm Ipreo.

Likewise, the robust local retail industry and the city’s unique energy has created an ecosystem for fashion, lifestyle and beauty startups unlike any other, and some other thriving startups in that sphere include beauty subscription service Birchbox, shaving supply service Harry’s, gift emporium UncommonGoods, and online eyewear retailer Warby Parker.

“There is no other place Warby Parker could exist,” Co-founder and Co-CEO Neil Blumenthal told Crain’s New York Business. “We are at the intersection of the tech startup world, the fashion world, the retail world, and the social enterprise world.”

It’s not just tech companies offering tech jobs, either. In fact, there are twice as many technology jobs in non-tech industries in New York as there are in technology companies, according to Emsi, a labor market research firm.

That robust mix of industries has a way of attracting smart people; a survey by Accenture and Tech:NYC backed this up, finding that 74 percent of respondents believe that New York’s diversity of industry will enable tech companies to attract top talent.

The city’s 100 biggest local tech companies currently employ more than 38,000 people according to Built in NYC, and 80 percent of those organizations planned to expand last year.

And in fact, it was the fertile market for talent that lifted New York to the top spot in the Savills survey, with the abundance of world-renowned universities and innovative digital skills training organizations – including BrainStation – helping to turn out skilled, motivated graduates.

“So much of it is talent,” said Paul Tostevin, Author of the Savills report. “New York can keep generating its own talent and, I think more importantly, recruiting it from around the world.”

It’s also worth pointing out another area where New York excels: female leadership. According to Startup Genome’s report, only Chicago and the mid-east region of Ireland globally have a higher share of female founders, and New York’s 22-24 percent share of female founders is significantly ahead of other tech hotbeds including Silicon Valley (16 percent), London (15 percent), and Seattle (8 percent).

“You have a pipeline of more endeavoring females that have moved (to New York) for other reasons and then discover entrepreneurship,” said Dayna Grayson, a Partner at New Enterprise Associates, as she explained the discrepancy between New York and San Francisco.

“People move to the Bay Area usually because they want to work in tech or they’re working in tech already. People who live in New York and other places outside Silicon Valley are more likely to discover entrepreneurship and not be looking for it.”

It’s worth pointing out that New York’s tech surge might not have been possible if not for the concerted efforts of various levels of government.

In 2017, Mayor Bill de Blasio announced the New York Works plan, a series of 25 initiatives that the city hoped would create 100,000 jobs in emerging fields, including cybersecurity (30,000 jobs), life sciences and healthcare (15,000 jobs).

Meanwhile, the city’s “We are Made in NY” campaign, launched in 2013, provides access to subsidized office space, funding through NYC Seed, training grants, and opportunities to bid on government contracts. 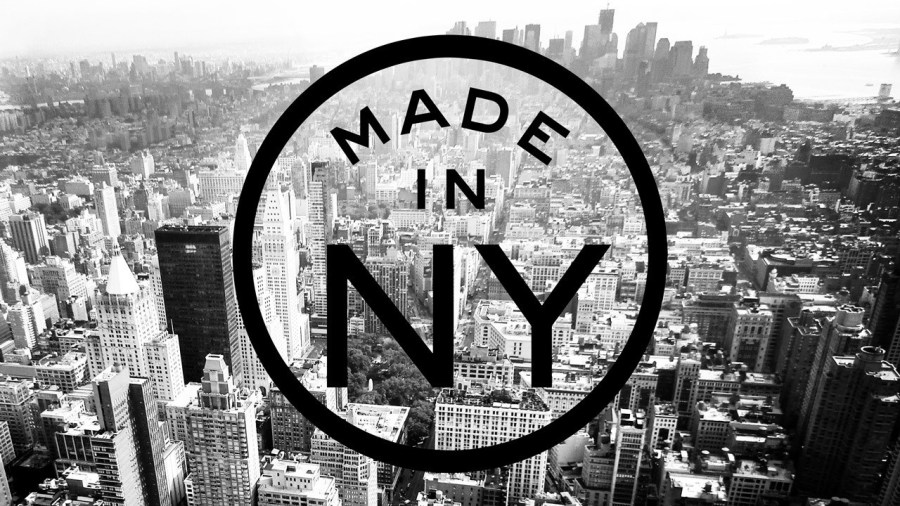 The New York City Economic Development Corporation has announced in recent years that the city would provide up to $100 million to build the Applied Life Sciences Hub while also pitching in $17 million for the launch of Johnson & Johnson’s new JLabs biotech incubator at the New York Genome Center.

It’s also worth mentioning the importance of Cyber NYC, a $100 million public-private investment that has the goal of catalyzing 10,000 good jobs and securing New York’s spot as a global hub of cybersecurity innovation. Those plans spanned the 15,000-square-foot Global Cyber Security Center in Chelsea, the 50,000-square-foot international cybersecurity investment hub named Hub NYC in Soho, as well as several partnerships with educational institutions to turn out more cybersecurity-savvy workers.

In KPMG’s survey that forecast New York to take Silicon Valley’s top-tech-hub title by 2023, the leaders surveyed pointed to the fact that several tech giants were investing billions in new workspaces.

As just one example, Google – which set up shop in Chelsea in 2006 – announced a $1 billion investment in a new Hudson Square campus in New York last December, only months after announcing a $2.4 billion purchase of the Manhattan Chelsea Market and sharing plans to lease additional space at Pier 57. With two Hudson Street buildings expected to be ready by 2020 and another in 2022, Google expects that the 7,000 employees it has in New York could be doubled.

“Our investment in New York is a huge part of our commitment to grow and invest in U.S. facilities, offices and jobs,” said SVP and CFO Ruth Porat. “In fact, we’re growing faster outside the Bay Area than within it, and this year opened new offices and data centers in locations like Detroit, Boulder, Los Angeles, Tennessee and Alabama.

“And as we continue to grow across the country, we look forward to calling New York City home for many years to come.”

Giants like Uber and Twitter, of course, have offices in the city too, and despite Amazon dropping Long Island City as “half” of the company’s HQ2, the company did sign leases for more than 400,000 square feet of office space there in 2017 alone.

Meanwhile, Facebook announced in September that it planned to double its headcount in New York City, specifically looking to hire more than 3,000 people over the next three to five years, and other industry giants, including Salesforce and Spotify have 300,000-plus-square-feet footprints in Manhattan.

It can be easy to forget, but Silicon Valley companies lording over massive spaces in New York is a relatively recent trend.

“Today they house the computer engineers developing the Google cloud and applying artificial intelligence at Facebook in building after building.”

Putting aside all of the other reasons New York’s tech scene is excelling, it’s worth pointing out that the Big Apple itself offers an unrivaled mix of nightlife, entertainment, world-renowned restaurants, shopping and culture. 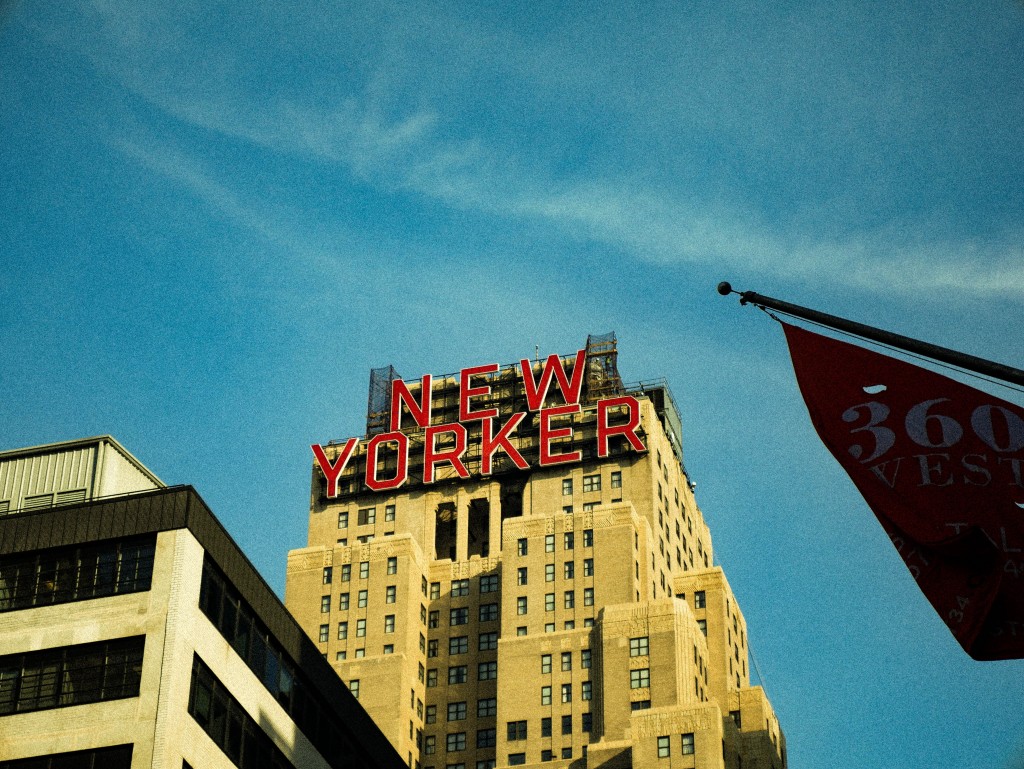 “There’s that work-and-life balance that’s so important, and that New York can offer that is quite advantageous,” said Tostevin, whose Savills report considered New York’s vibrant way of life in ranking the city No. 1 overall.

Corinna Cortes, a researcher at Bell Labs, was one of Google’s early recruits when Google first began building a research arm in New York. Cortes had two young children, lived in the West Village, enjoyed taking in theater at the Lincoln Center and running trails in Central Park and biking to work.

She now leads 200 scientists for Google Research in New York, and she can’t imagine living elsewhere.

“There was no chance I would go to Mountain View,” Cortes said. “I wasn’t going to live in the suburbs.”