As we’ve recently discussed, the world of marketing is changing rapidly as brands get creative communicating with their audiences. Experiential marketing – where companies bring their products or services to life with shareable experiences, installations, or pop-ups – is one of the fastest-rising new methods, with 77 percent of marketers considering it a vital part of their strategy.

And it’s no surprise that New York is at the center of this exciting innovation.

Here are some of the Big Apple’s most trailblazing experiential marketing agencies.

BrainStation’s Digital Marketing Diploma Program is a full-time, 12-week program that equips professionals with the skills and experience to start a new career in marketing.

With the slogan “Bringing Brands to Life,” Magnetic has indeed attracted some major clients, including Nike, Google, Uber, BlackBerry, and Sony.

Chances are you heard about one of their most famous campaigns: a recreation of the iconic apartment set from Seinfeld. Working for Hulu, Magnetic erected a full-size re-creation of Jerry Seinfeld’s apartment in New York. Over a week, more than 8,000 people came through the space (which featured authentic and replica props from the show, including the actual benches and table from the gang’s favorite hangout, Monk’s Diner), snapped photos, and practiced their best Kramer entrance. 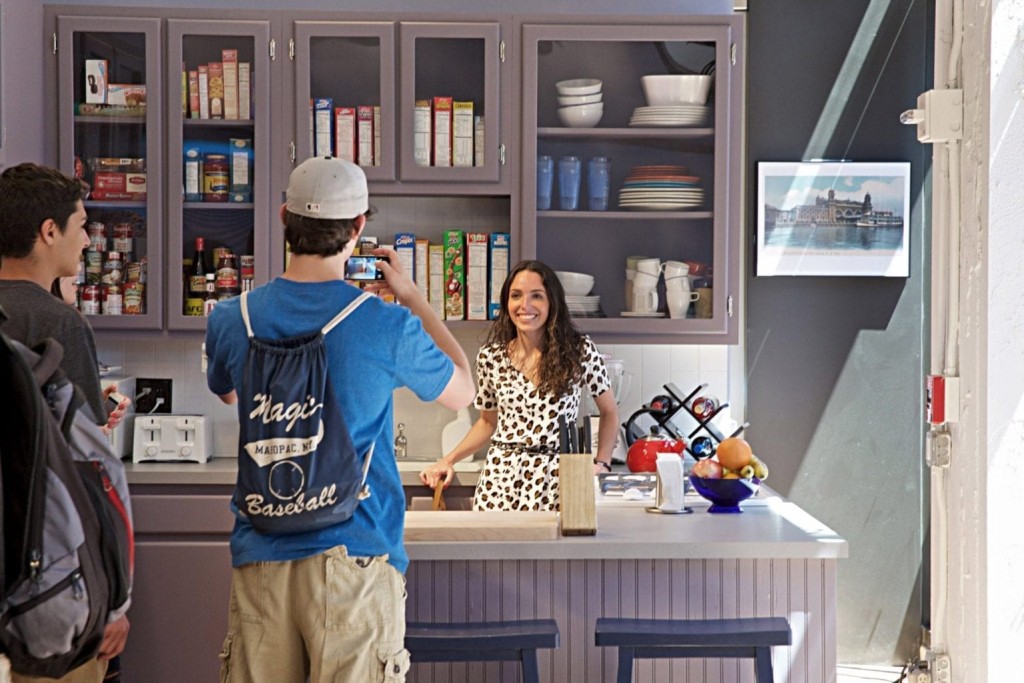 The stunt generated thousands of Instagram photos and captivated the press, with coverage including Good Morning America, Today, USA Today, and even the Wall Street Journal.

It actually wasn’t the firm’s only foray into TV. Through a creative partnership with Netflix, Magnetic also created a replica version of Bluth’s Frozen Banana Stand from Arrested Development that toured several cities (with the show’s stars manning the kiosks). They also promoted House of Cards with a themed version of the popular game Cards Against Humanity. The pack debuted a week before the show’s Season 2 premiere, and 10,000 units sold out in 45 minutes.

Clients have included Microsoft – Elite created an immersive Halo-themed bootcamp to promote the launch of the Surface tablet – Nickelodeon, and Lindt. The firm also pulled off a clever campaign in its home base for UGG when New York hosted the Super Bowl, parking the “UGG Warming Station” (a food truck decorated with two huge fuzzy earmuffs) in front of Penn Station and doling out free hot chocolate while selling UGG gear (and collecting customer data). 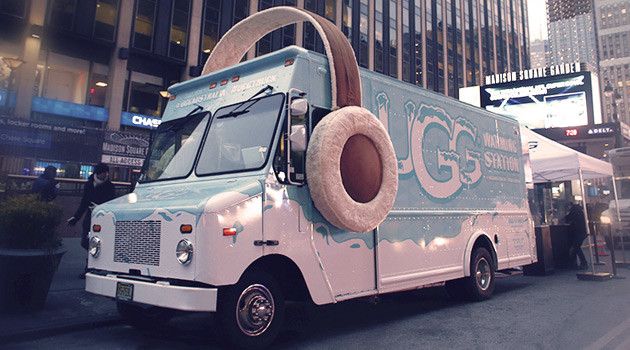 The firm has also had success with transportation loyalty programs. Not only has Elite maintained an on-site presence at 18 airport locations in the U.S. to promote the Delta Skymiles program – a 22-year partnership – but Elite also created the Amtrak Teleporter, an immersive booth replete with 4K video and shifting lights and wind that would allow travelers to simulate a visit to an exotic destination, to boost Amtrak’s rewards program.

This firm, which also boasts offices in L.A., Rio, London, Taipei, and Tokyo, has carved out a niche for itself within the experiential marketing space by creating memorable moments at major sporting events around the world (in fact, the agency’s website lays claim to 6,427 events in 65 countries).

“Magic moments were in many ways unprecedented and can be a benchmark for future Games,” said Sveta Polyakova, Director of Communications at McDonald’s.

As we recently covered, The New York Times’ Fake Love is one of the city’s most innovative experiential design agencies. Over the years, the firm has worked with the likes of Nike, Vice, Google, Samsung, and more.

They’ve also been at the helm of some extremely creative experiential campaigns, including one notable partnership with 7UP and Deutsch, who asked the firm to create a musical experience for EDM prodigy Martin Garrix. The catch? The project had to be tailored for the hearing impaired.

To achieve this, Fake Love translated the experience of an EDM concert into a multi-sensorial activation, creating a series of installations that each reflected a different musical element.

“Vibrating floors moved to the bass; live visuals reacted to the melody; a huge speaker wall with cymatic experiments translated specific elements; smoke and wind machines announced the drop. As instruments, each set of installations individually responded to an overall layer of his tunes. Only when it was all connected, like in music, did it fully reflect the overwhelming power of music,” the Fake Love site described.

For instance, to celebrate Barbie’s 60th anniversary, MKG partnered with R/GA to create a wonderland for anyone who grew up playing with the iconic doll. Guests could explore a physical timeline of Barbie’s past roles – from astronaut to presidential candidate – before snapping photos seated behind the wheel of her candy-colored convertible or exploring a life-size version of Barbie’s dreamhouse. More than 6,000 guests attended in a single day, 14.2 thousand posts using #Barbie60 were generated, and the event garnered coverage from the New York Times, Vogue, and ABC. 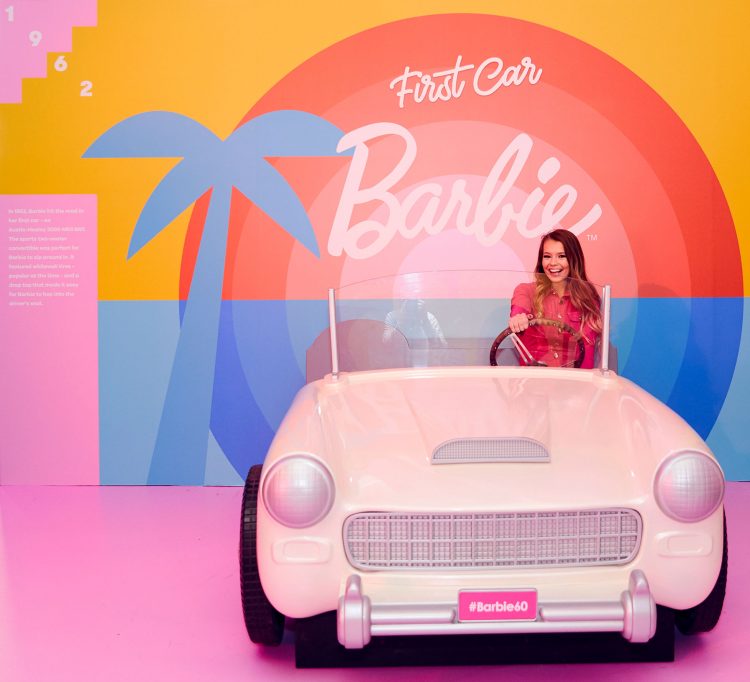 MKG does seem to have a way of connecting with young people. When Major League Baseball wanted to attract a younger demographic, MKG created MLB FoodFest, a food festival that brought together the best dish from every stadium in the league. There was also cheeky hot dog-themed art, and a massive ball pit shaped like a box of popcorn. In all, 100,000-plus dishes were served to 6,300 attendees over a 50-hour period, and 16 million-plus impressions were created.

Another interesting thing to note about MKG: the firm happens to have an all-female leadership team, led by president Tracy Bussan.

Standing for “For Everything or Nothing,” this experiential marketing firm’s client list includes many tony high-end fashion brands, including Prada, Dolce & Gabbana, Chanel, Tiffany & Co., and Versace (which is fitting since the company also has offices in Milan and Miami).

Ray-Ban worked with 4EON on its “Never Hide” campaign of mobile pop-up tours that spanned six countries. In cities including Detroit, Amsterdam, Berlin, Salzburg, Naples, L.A., and Vienna, customers enjoyed Guitar Hero and car simulation games while wearing polarized Ray-Ban sunglasses, a Volkswagen camper van in whimsical colors traveled the streets, and a photographer snapped photos of people in a “Never Hide” digital printable ad, which was then delivered to customers via email.

The campaign ultimately created 900,000 consumer engagements, 1.2 million photos were printed for attendees, and 500,000 pairs of Ray-Ban sunglasses were tried on and tested by potential customers.

Learn marketing skills to boost your career – from home!

For a firm that has a way with the stars, look no further than this boutique experiential marketing firm, which also has an office in Berlin.

CLY handled event productions, media relations, and guest management for GQ’s “GQ Men of the Year Awards” – including such A-listers as Bill Murray, Lenny Kravitz, and Naomi Campbell – and lured Olympic swimming champion Michael Phelps to Berlin for a curated exhibition of Omega watches to showcase the company’s Co-Axial escapement.

Also for Omega (and timed for the premiere of Spectre), CLY created a James Bond-themed event where 30 nattily attired male models mingled with guests. 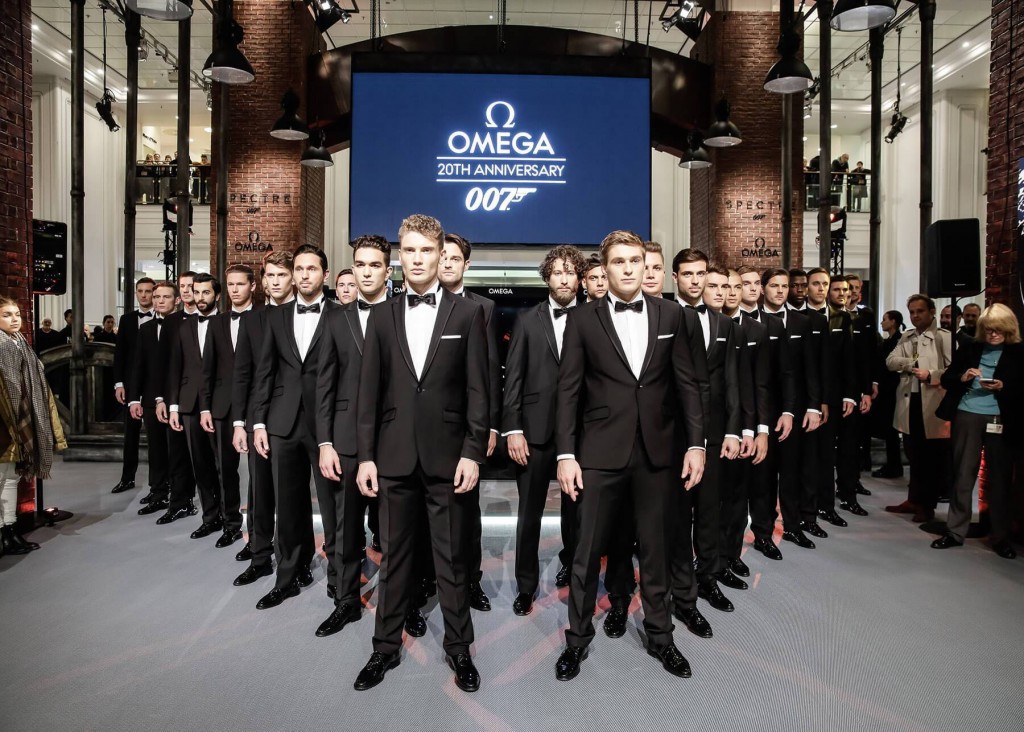 True to its name, this firm is truly a global concern, with 30 offices (including its New York headquarters) in countries including India, Brazil, Australia, Canada, Chile, Peru, Germany, England, Italy, Japan, Egypt, and South Korea.

And truly, Momentum has a knack for creating downright epic experiences.

For the launch of a gritty new Tomb Raider game, Xbox tapped Momentum to create the “#SurvivalBillboard,” where eight brave competitors stood on platforms with their backs to a billboard while viewers online watched and controlled weather elements like rain and snow (the video racked up 3.5 million views in a day).

How Brands are Winning on TikTok

In Q1 of 2020, TikTok was downloaded more than 315 million times worldwide. Here are some of the ways leading brands are building their brand on TikTok.

How Brands Are Winning With Data-Driven Marketing

Find out why the world’s best brands are using data to identify market opportunities, develop and measure marketing initiatives, and optimize campaigns.