BrainStation recently surveyed thousands of professionals and industry leaders to better understand their day-to-day experience and to spot trends and shifts in the digital sector.

We’re happy to announce that the results of the 2020 Digital Skills Survey are now live.

These were then broken down further into four areas:

Here are some highlights of the overall findings.

We’ve written quite a bit about digital transformation as an urgent need for organizations around the world, and the survey results confirmed that this is a top strategic business priority. 74 percent of executives, in fact, claimed that their company was already undertaking digital transformation initiatives, and a further 18 percent claimed that they would also be increasing their digital investments and initiatives in the year ahead.

To emphasize this even further, 80 percent of respondents said that there were new elements of their products and services today that did not exist a mere five years ago.

What’s interesting is that 72 percent of Executives also said that additional training would improve their performance, which indicates that a desire and a need for digital skills and experience is being felt across organizations.

Respondents wanted to continue learning within their field, but there was also a strong demand for cross-discipline learning, which illustrates the need and importance of much broader skill sets. Respondents in all fields, for example, said that data skills would be the skill that would most help them be more successful in their role.

It’s not a surprise that executives we surveyed said that development was the area where they planned to do the most hiring this year (with marketing not far behind). 43 percent said they planned plan to look externally to meet these hiring needs. However, upskilling and reskilling is clearly on the rise.

According to the survey results, 42 percent said of Executives said their organizations have already implemented digital skills training initiatives and 19 percent said they’d be implementing it in the future. As reskilling is now cheaper than hiring, we expect this to increase in the future.

Professionals Have to Keep Up With New Digital Tools

There are, of course, many programming languages out there, but for the second year in a row, JavaScript is by far the most widely used language. 75 percent of respondents said that they used it regularly. The next most popular was SQL at 47 percent.

On the data front, Excel is the most widely used analysis tool, although only 66 percent of respondents are using it the most (compared with 81 percent in 2019). What the results show, however, is that Data Scientists (as opposed to data or business analysts) use a broader range of tools than the other data roles, including Python.

Google Analytics is the most widely used campaign measurement tool, with a massive 82 percent of marketing respondents saying they use it to track performance. However, what’s even more interesting here is that more than 80 percent have also used Excel or custom-built solutions, which would suggest that the off-the-shelf software solutions are maybe not getting the job done.

And when it comes to the tools of the design trade, InVision and Sketch are the most popular tools currently being used by Designers for the second year in a row. Illustrator, Photoshop, and Adobe XD were also cited for wireframing, which highlights the varied skillsets and technical capabilities required in the field.

The other important thing to consider here: InVision was only launched nine years. Marvel, Framer, Principle, are also all relatively new companies and software platforms – the design field, clearly, is changing very rapidly, and professionals need to stay on top of changing tools. 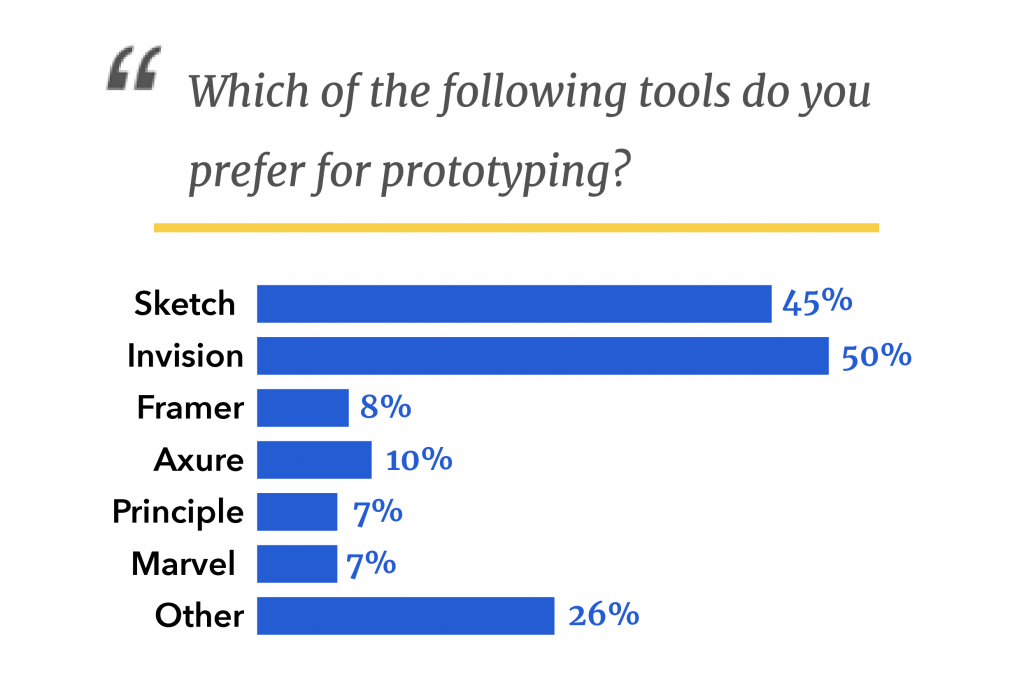 The Social Landscape is Changing

Instagram was cited as the most effective platform for social media marketing, with 67 percent of respondents preferring it. Facebook came out on top last year, which would suggest that Instagram is growing in importance for marketers.

The rise of LinkedIn is also worth keeping an eye on. The professional network came in third this year, behind Facebook and Instagram, but it leapfrogged Twitter and grew the most out of any platform cited in the survey. This may indicate that LinkedIn may soon be playing a much bigger role in marketing initiatives in 2020 and beyond. 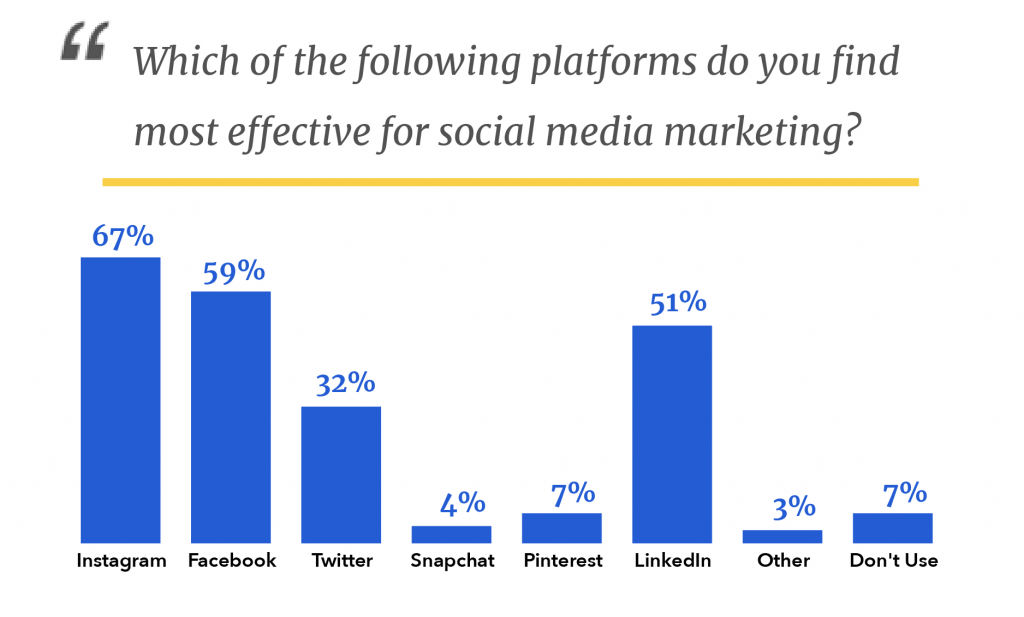 The 2020 Digital Skills Survey results make it clear that the majority of professionals taking advantage of the demand in emerging roles did not start their careers in those fields.

86 percent of Product Managers, for example, did not start their careers in product management or product development. Data is another great example, as a remarkable 76 percent of data respondents did not begin their career in data, and in fact, 68 percent have only been working in the discipline for five years or less.

These numbers prove that re-skilling is happening on a grand scale. It also shows that opportunities really do exist for those looking to transition into an emerging field.

Check out a recap of The Great Acceleration: Digital Skills in 2021 panel discussion – the latest panel in BrainStation’s Digital Leadership Event Series.

Skills Training is the New Secret to Success

The 2nd annual BrainStation Digital Skills Survey polled thousands of professionals and one thing was clear: skills training is the new secret to success.