Few industries have changed as rapidly in the digital age as postal delivery, and Canada Post is certainly no exception.

According to public opinion research carried out by the Canadian government, 69 percent of Canadians now pay their bills online rather than through the mail – the method of choice just a few years ago – and the volume of letters, bills, and statements sent fell by 5.5 percent in 2017, with revenue in that area declining $124 million.

It’s fortunate, then, that Canada Post anticipated that shift.

In 2011, the company announced a bold new digital strategy to transform Canada Post into a post office for the 21st century, one focused on e-commerce and user experience. Since then, Canada Post has become the country’s top parcel delivery company, with annual revenue almost doubling to more than $2 billion. According to the company’s year-end 2017 report, Canada Post earned a profit for the fourth straight year despite a continued drop in letter mail. Further, the Canada Post app finished 2017 as the third-ranked free business app on iTunes, with more than 3 million downloads since its 2010 launch.

We recently spoke with Vadim Tslaf, Canada Post’s Director of Design and User Experience, to gain insight into how one of the country’s most iconic brands transformed itself to stay ahead of the digital revolution. 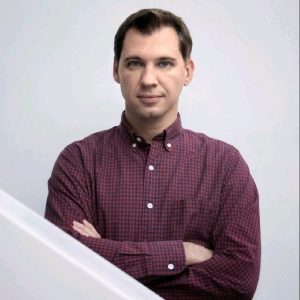 BrainStation: What are the core elements of Canada Post’s digital strategy?

Tslaf: With the rapid growth of e-commerce and, at the same time, the decline of traditional mail, Canada Post has reoriented itself to focus on parcel delivery and that has really helped to transform the organization into being financially viable, as opposed to many other postal services around the world.

With our digital transformation, we try to take parcel delivery into the 21st century by enabling businesses to build an entire ecosystem of parcel delivery for them. Because for e-commerce businesses, it’s not just about shipping a package – it’s making sure there’s a proper delivery, that there’s a proper return policy if someone wants to return the package, and how does that work?

I can’t imagine it was an easy change for an organization so large. What have the biggest challenges been?

The biggest challenge obviously is adapting technology and adapting processes because, as you can imagine, Canada Post was originally designed and built as an organization to deliver mail. So everything from machinery to processes to digital enablement were designed for that process.

When you need to adapt and you need to change all those things for parcel delivery, there are a lot of things involved in that. As an example, sorting traditional letter mail versus sorting parcels is a completely different process. There’s also obviously an impact on the physical part of the delivery, as well as the digital component. For example, customer expectation for visibility and transparency of the delivery of mail is very different from customer expectations when they’ve bought something and expect a parcel. So enabling that visibility of parcels for customers is something we’ve had to adjust to from being a traditional mail delivery organization. 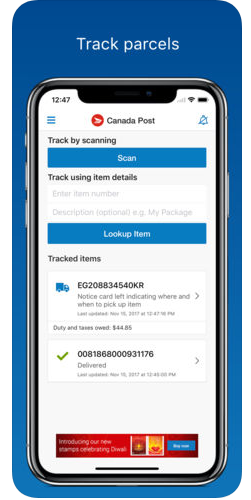 The Canada Post app you developed in-house is wildly popular. Why has it been so successful?

The app has been a success because people these days really are hungry for information and they want updates pretty much instantaneously. The most popular feature of our mobile app is definitely the tracking, where people can see exactly when they’ll receive their parcels.

When we’re designing and building our mobile apps, we really try to focus on the core features that are important for our customers. We start with a user-first approach. We also think about how we can evolve and enhance our application. We think about features like voice and augmented reality. With the advancement of technology, we want to make sure we use those advancements for the benefits of our customers.

Has this new digital strategy changed the hiring and employee training process?

Yes it has. The need for digital talent has been growing in the last several years and it keeps increasing. From designers to developers to product managers and marketers, we hired a lot of digital talent.

The traditional hiring process for a Canada Post employee does not necessarily fit well for getting a UX designer in, so we’ve had to shift and adjust those processes to make sure we are getting the right talent and also creating the right environment. We’ve invested a lot to create an environment where people don’t feel like they’re coming to an old, archaic organization with old bureaucracy in the way. It’s about creating an environment where people want to work.

Was the goal to create a new digital team, or to empower current employees with new skills and training?

It’s both. For my team specifically, we’ve built a program that allows us to bring in more junior folks and we essentially train and grow them into strong designers who can work independently. I think this is a very important part of the overall digital ecosystem, because there’s not enough digital talent as organizations require.

Some of my team members have taken courses in order to expand. We had a person who transitioned into our team in a UX design role. She had a great understanding of the Canada Post processes and some research background, but it was about growing her into that UX role, which was augmented with some educational support from the outside.

You’ve partnered with Shopify, among others. What was the goal of that partnership, and how important are partnerships like this when it comes to innovating core services?

That partnership is very important. In fact, we’ve partnered not only with Shopify, but also PayPal and Amazon. The whole idea with those partnerships is to enable a strong ecosystem for e-commerce. It’s not just about buying that product; the fulfillment part is in many cases more important, because you want to make sure the experience you provide to your customers is end to end.

So for instance we connect with those companies through our technical APIs to share information about some of the customer journeys for them to better understand the fulfillment side. And that helps us understand what it means on the pure e-commerce side.

The recent announcement about the legalization of marijuana seems like big news for Canada Post. What effect do you think that will have?

What roles or skills do you believe to be most important going forward for your digital strategy to continue to be effective?

My answer might not be very unique. We’re looking for people who are eager to learn – continuous learners – because in digital, this is key. Whether we’re talking about development, product management, design, or marketing, the ability and willingness to continuously evolve and grow is one of the key qualities that people need to have in any digital organization. So when we hire for Canada Post, we want to make sure people understand that.

Profession-wise, we’re looking for people who can work in the product owner’s role and drive an Agile product development team. We are looking for development talent that is strongly versed in all of the modern technologies and frameworks, so developers who are not only back-end or front-end developers, but people who can do the full stack development. We’re hiring for scrum masters because we are going through a major Agile transformation.

Data analytics is also a key in the digital world. So we want to make sure that all of our digital folks have a background in data and understand how to use data in their work. We’re also looking for designers who can be responsible for products holistically, end-to-end, from interaction to visual design to content.

How has Canada Post’s digital strategy evolved, and where do you see it evolving further in the future?

I feel that digital has already become an integral part of Canada Post. I see that only continuing to grow. We still have a huge presence on the web and a lot of our products are web-based, however, we’re seeing a big shift to mobile interactions. I think in the coming years, we’ll see more interactions based on how the digital world is unfolding in general, so more voice interactions and more integrations with all those advanced features we’re starting to see.

We’re definitely looking at that now to make sure we’re prepared when that happens. From the moment I joined Canada Post about two and a half years ago, we’ve been getting more and more work, and it only keeps growing and growing.

Check out a recap of The Great Acceleration: Digital Skills in 2021 panel discussion – the latest panel in BrainStation’s Digital Leadership Event Series.

How Technology Is Defining The Future of Work