Toronto 2018: A Huge Year for the Tech Market

We’ve written about Toronto’s rise as a global tech leader, and 2018 maintained that momentum, with the city’s digital sector continuing to grow at an unprecedented rate.

With the holiday season upon us, we felt it was time to take stock of the year that was.

Here are some of the most important Toronto tech industry stories from 2018.

The CBRE Group raised a lot of eyebrows this year, releasing a report that underscored the growth of the Toronto tech sector.

Toronto, the report stated, added 82,100 tech jobs between 2012 and 2017, an increase of 50 percent, which is more than any other city in North America. Toronto also came in fourth in CBRE‘s Tech Talent Scorecard, which looks at a number of metrics, including tech talent supply, completed tech degrees, industry outlook, and more. It was the first time a Canadian city has made the top five (which included the San Francisco Bay Area, Seattle, and Washington, D.C.). 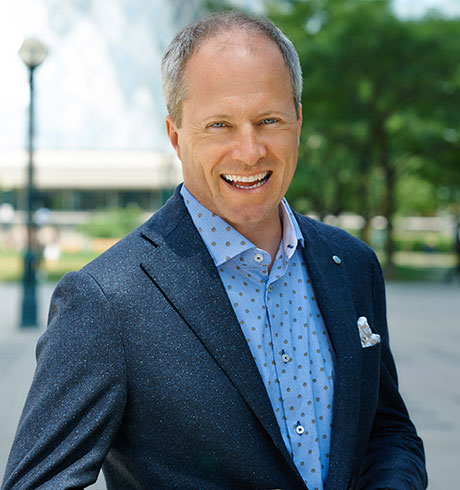 This momentum shows no sign of slowing down. In 2018, the city made the top 10 on a ranking of global cities “that have the future-proofing capacity for longer-term success,” and was deemed one of the world’s leading technology innovation hubs according to KPMG’s latest Global Innovation Report.

One reason for this might have to do with Toronto’s reputation in the AI and blockchain sectors.

“A lot of the early fundamental technology for AI and blockchain was built by local scientists, developers, and teams, which has given us credibility and attention,” said Alexander Norman, Executive Director at Tech Toronto. “There has been a build up for at least 20 years. There have been many small changes over the last decade, which has now made us an emerging hub.”

The launch of the Vector Institute for Artificial Intelligence in 2017 has also played a key role. According to Lennox, it has “put a spotlight on the outstanding quality of globally recognized AI talent that lives right here in the Toronto region. Major international companies are establishing R&D labs in the Toronto region to take advantage of this deep pool of knowledge to develop new commercial applications.”

Toronto, believe it or not, is also cheap.

Yes, we know. The cost of housing is increasing at an alarming rate. Still, Toronto is one of the cheapest cities for tech firms to operate. CBRE’s study found that a 500-employee firm renting a 75,000 square-foot space in Toronto would have estimated one-year operating costs of $30,224,259. Only Vancouver and Montreal were cheaper. The Bay Area was the most expensive market for tech companies to operate, with a total estimated cost of $59,124,612.

Which brings us to…

The Tech Giants Move In

If anything underscored the growth of the tech market in 2018, it was the number of tech organizations expanding in the 6ix.

It started in April when The Wing — a New York-based co-working and social space for women — announced that the city would be its first expansion into Canada. Less than two weeks later, Collision Conference, one of North America’s largest startup conferences, announced it would be held in Toronto next year, making it the first time it had left the United States. 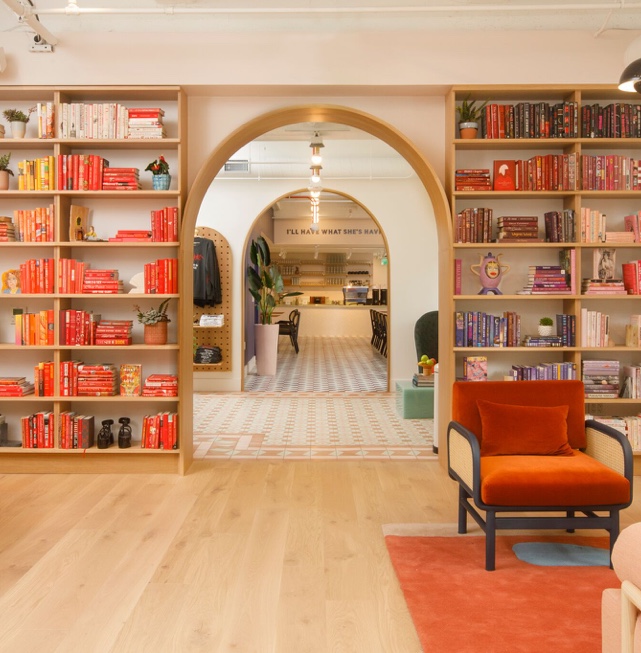 The following month, Etsy announced plans to open an AI/Machine Learning center, their third “Machine Learning Center of Excellence,” and first in Canada. In a statement, the Brooklyn-based company said it had been “attracted by Toronto’s deep pool of world-class machine learning talent, leading universities feeding a robust tech pipeline and vibrant maker culture.”

From an investment point of view, however, Microsoft was probably the most significant development this year. The tech giant announced they would invest $570 million into their Canadian operations, with the main focus a new, 140,000-square feet headquarters on Bay Street. The company also intends to grow local staff by more than 500 full-time employees, with an additional 500 co-ops and internship positions by 2022.

Just two days after this announcement, Uber’s CEO Dara Khosrowshahi visited the MaRS Discovery District to announce their own massive investment in Toronto, this time to the tune of $200 million. With this investment, Uber intends to expand the company’s self-driving lab in Toronto, build an engineering lab, and increase its headcount in the city to 500.

“At Uber, we recognize Canada’s commitment to innovation and the vibrancy of Toronto’s tech ecosystem,” said Khosrowshahi. “We want to support the innovation coming out of this great, diverse region.”

Not to be outdone, Intel announced plans to open a graphics chip engineering lab in the city on the very same day. The new facility will be the main operation center used to design the company’s newest GPUs.

“[Toronto] was always on our radar. So when we were going to expand our dreams, we really wanted to tap into this great talent that exists there, ”Ari Rauch, Intel’s VP of Visual Technologies told the Globe and Mail.

Just a week later, Pinterest announced it would be opening its first-ever Canadian office in downtown Toronto. The social media company also revealed that it had hired former Facebook Canada executive Erin Elofson to lead the operation.

That same week, Instacart revealed it would be expanding its Canadian presence with a new Toronto office and 200 additional employees (who will work across engineering, product, design, research, and development.) 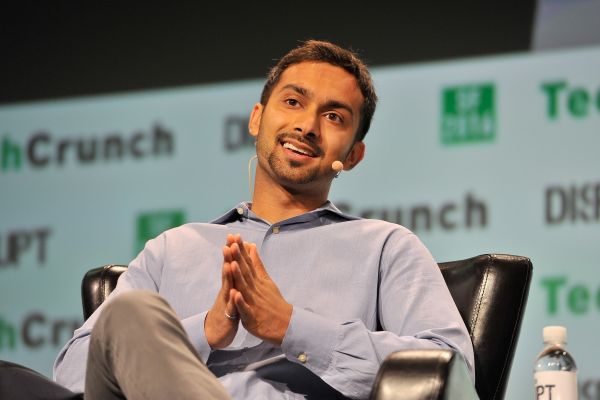 “As a Canadian and alumni of the University of Waterloo engineering school, I’m proud to see Canada, and Toronto in particular, grow to become one of the most influential tech hubs in North America,” said Apoorva Mehta, CEO of Instacart.

“When I was a student at Waterloo, the perception was that you had to leave Toronto and head to Silicon Valley to make an impact in tech. Today, that’s no longer the case, as Toronto has quickly become one of the hottest tech markets in the world. The innovation and talent coming out of Canada are world-class and Instacart is excited to invest in this growing community.”

Instacart had a busy 2018, as it turns out, having also acquired Toronto’s Unata, one of Canada’s fastest-growing companies, in January. They also announced a grocery-delivery partnership with Loblaw, the country’s largest grocer.

Just two days later, Shopify announced a $500 million expansion of its Toronto presence. The Ottawa-based company currently has 700 employees in the city, across three offices, and the new plan involves occupying 254,000 square feet at The Well development on Front Street, one of the largest construction projects in Canada.

All of this was capped off in November when professional services firm Accenture opened an innovation hub in the city, with plans to add 300 jobs within the Toronto hub, and another 100 elsewhere in the city. Accenture also plans to add 100 apprenticeship jobs, dedicated to underrepresented groups including Indigenous youth and people with disabilities.

With the then still-undecided Amazon decision as a backdrop, this stream of announcements signaled that something in Toronto had changed.

“It’s not a one-off. It’s a pattern where large companies are increasingly seeing the need to invest in technology as a means of staying competitive [and] coming to Toronto,” said Sean Mullin, Executive Director of the Brookfield Institute for innovation and entrepreneurship at Ryerson University, explaining that Toronto’s presence on Amazon’s shortlist really drove home the city’s new status.

According to Krista Jones, Managing Director of Enterprise at MaRS Discovery District, it’s a been a bit of a perfect storm.

“You’re starting to see a pull from the global world in, where we used to have to push out,” she said.

The Money Keeps Coming In

2018 was also a big year on the funding and acquisitions front.

Retail AI company Rubikloud Technologies Inc., for example, raised $37 million in a Series B financing round. The round was led by Intel Capital with iNovia Capital, OTEAF, Horizons Ventures, and Access Industries also participating. Rubikloud plans to expand into Europe and Asia to meet the demand for retail AI solutions in the global market. 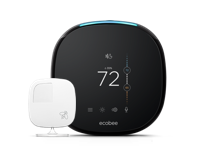 Elsewhere, smart thermostat company Ecobee raised $36 million in 2018, bringing its total Series C funding to just over $94 million (USD). The latest round included participation from the Amazon Alexa Fund, and for good reason: the funding will allow the company to keep up with its rival Nest, the smart home company purchased by Google in 2014.

TouchBistro, an iPad POS built to streamline restaurant operations, announced it had raised $72 million in Series D financing. The round was led by OMERS Ventures and JPMorgan Chase, with participation from Napier Park Financial Partners, Recruit Holdings Co, Ltd, BDC IT Venture Fund, and Relay Ventures. This round brought TouchBistro’s total funding to date $117 million (CAD).

With the financing, Ritual is aiming to expand into Europe and Asia, and increase its North American presence. The company’s goals are ambitious: it wants to be in the top 25 cities in all three continents within five years. To get there, it plans to double its 150-person staff by next year.

On the acquisitions front, the year began with news that Visual China Group had acquired 500px, one of the leading online visual creative communities in the world. Since its founding in 2009, 500px has grown to include more than 13 million professionals and amateur photographers from over 195 countries.

A few months later, McAfee announced that it had acquired VPN provider TunnelBear. The security giant intends to integrate TunnelBear’s technologies into the company’s own VPN product, Safe Connect.

Around the same time, L’Oreal announced it had acquired Modiface, an augmented reality beauty company that has helped create apps for companies like Sephora, Estée Lauder, and L’Oreal itself.

And just a week ago, Nasdaq completed the acquisition of Quandl, a provider of alternative and core financial data. Quandl’s platform will be combined with Nasdaq’s existing Analytics Hub business within Global Information Services.

All this activity on the financial side was matched by a number of initiatives that should encourage local innovation. First, the much-maligned Bombardier agreed to set up an aerospace hub in Downsview Park with the Downsview Aerospace Innovation and Research Consortium (DAIR). 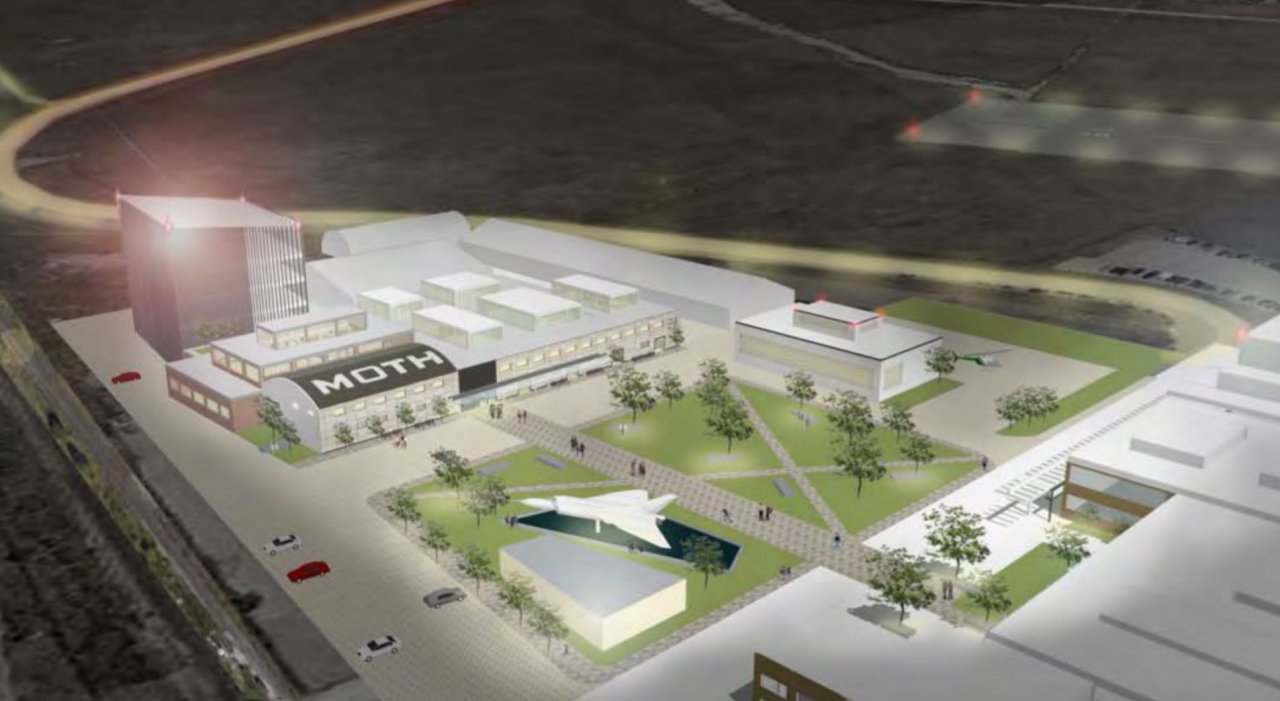 Bombardier has committed to invest $4.5 million, which will go towards academic opportunities and operational costs, including the preservation of aerospace heritage at the site.

“Through this partnership with Bombardier, DAIR will be uniquely positioned to play a leading role in the development of tomorrow’s aviation solutions,” said Andrew Petrou, Executive Director for DAIR.

Two months later, the University of Toronto revealed plans for a new, 14-story tower, 250,000-square-foot innovation center. Located across the street from the MaRS Discovery District, the new space will eventually house the aforementioned Vector Institute for Artificial Intelligence. 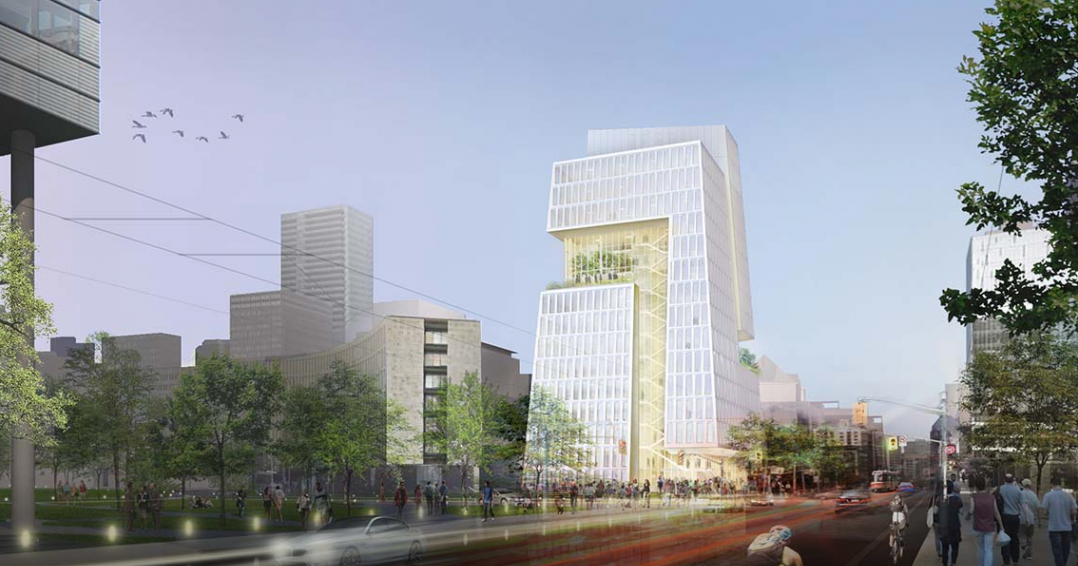 U of T Innovation Centre | Source: University of Toronto

The University of Toronto also announced a five-year, multimillion-dollar research partnership with LG. The partnership includes the development of a research center in the city, which will aim to solve fundamental problems surrounding deep learning.

Elsewhere, Artscape Daniels Launchpad, a hub for creative entrepreneurship, opened in November on the waterfront. The non-profit organization aims to provide makers, visual artists, media creators, and designers with a creative space that supports experimentation, connection, and collaboration.

To help these local professionals and creatives, BrainStation offered a number of new certificate courses in 2018, including Design Thinking, Digital Marketing, Agile, and Google Analytics, among many others.

We also launched the Data Science Diploma Program, the first full-time data science diploma program of its kind in Canada, and hosted a range of keynotes and panel discussions with industry leaders from across the region.

Over the course of the last few years, our campus has become a unique community gathering point, and much like Toronto’s burgeoning tech scene, we feel the best is yet to come.

Inspired? Find out more about our certificate courses and diploma programs in Toronto.