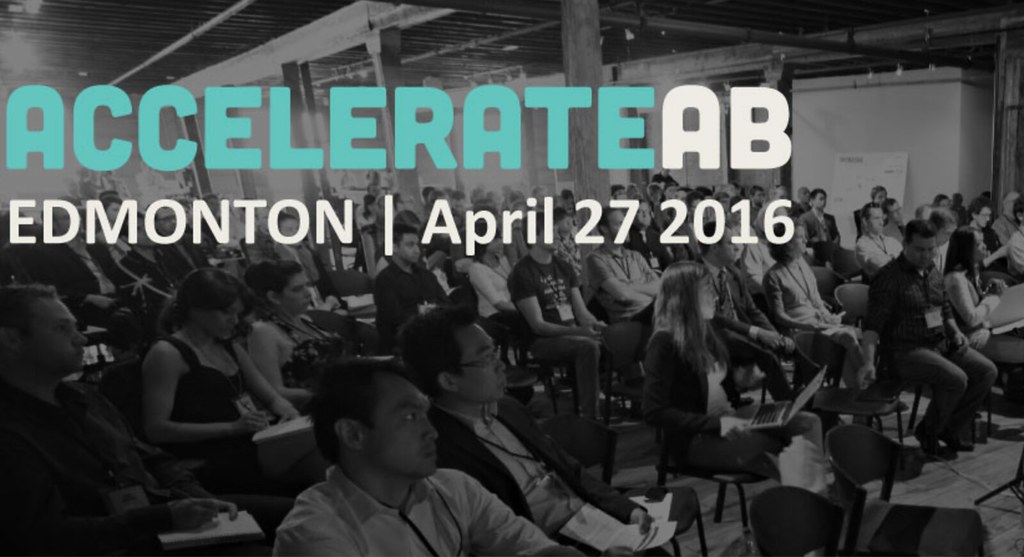 The theme for AccelerateAB this year was growth: the growth of local success stories, of the local tech ecosystem, and the quality of the up-and-comers in the province.

The 2016 edition of the event was held at the Art Gallery of Alberta in Edmonton on Wednesday, April 27. This year’s AccelerateAB was a sold out event. Cynthia van Sundert was extremely pleased at how AccelerateAB went in her first turn as Executive Director of The A100.

“This event truly is the entrepreneurs’ conference,” said van Sundert. “I witnessed the deep interactions and lasting connections made between entrepreneurs, A100 members, sponsors, and everyone from the ecosystem coming together to advance tech innovation in Alberta.”

Opening keynote speaker Katie McLean, Western Canada Territory Manager at Google, spoke on the innovative culture at the company and how the values of founders Sergey Brin and Larry Page were maintained by Google, and now Alphabet, as it grew.

The second half of the conference featured successful companies that started up, grew, and stayed in Alberta. Sam Pillar of Jobber joined Dr. Ray Muzyka (whom Pillar referred to as “Alberta tech royalty”) on talking about “Building Big in Alberta”. The closing keynote came from Bryan de Lottinville, Founder and CEO of Calgary social enterprise Benevity. His company experienced exponential growth in the last year alone.

AccelerateAB started with roundtable sessions where 15 Alberta startups met with mentors from across different disciplines in the Alberta tech ecosystem. These startups also later pitched at the conference. TLink Golf took home the top prize, with honourable mentions going to FREDSense Technologies, Systolik, and TikTiks.

“The real value for us at this event were definitely the roundtable sessions,” said CEO Derek Rucki, who pitched for TLink. “We got matched up with some great mentors. As we’re entering a phase in the company where we’re going to raise significant capital, getting feedback on how you raise that money and how you position your offering is massive, before you go out there to start putting [that offering] out there.”

Rucki said that he feels that the “right people were in the room” even for startups that were at different stages of their growth. “There’s mentors that fit the entire spectrum of entrepreneurs, which is pretty rare.”

At the end of the event, van Sundert hinted at the growth of AccelerateAB itself after six years.

“As we look ahead and continue our work supporting technology in Alberta, AccelerateAB will be reinvesting the surplus it has accumulated over the last 6 years into the startup community to continue to foster growth in the entrepreneurial ecosystem for future generations to come,” she said.