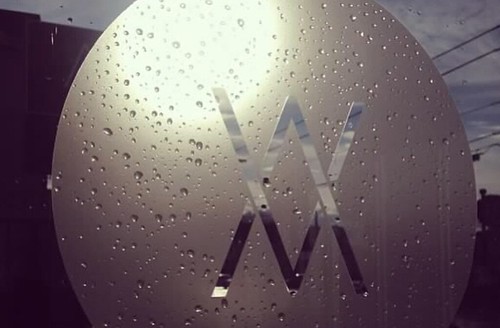 Arcane was growing faster than anyone could have anticipated. After just four years of operation, the team was forced to scrap their 8000 sq. ft. location and their three-year plan.

Since opening their doors in 2011 under CEO Eric Vardon, the agency has acquired several smaller entities, has been nominated for multiple awards and has opened additional offices in Toronto, Montreal and Calgary. John Dorsay acts as their Chief Technology Officer and Erin Pollett currently serves as their VO of Operations. A profile done on Pollett by the London Free Press in 2013 described Arcane as being “low profile,” but points out that “the young company is already making waves with offices in London and Toronto.”

“It’s not just a bunch of guys in a basement that may or may not be on to something,” laughs Foat.

The digital marketing agency based in London has attracted several high profile clients, such as popular fitness club Good Life Fitness, over the years. They credit their success to a careful intertwining of creativity and technical capability—a balance that promises to bring their clients into the digital age.

“Creative people are getting more technical,” says Foat, “and technical people are figuring out how the creative side works.”

Arcane claims an ROI (return on investment) focused business model which they infuse into their marketing campaigns. In February of 2015, techalliance of Southwestern Ontario awarded Arcane its Business Growth Award at the Techcellence Awards Celebrations.

Though they specialize in creative projects, Arcane is truly part of the Canadian tech startup movement. Foat says that “The philosophy is that we’re a tech company that just happens to be marketing. We have as many developers as we do creative designers.”

She goes on to say that what makes Arcane truly unique however, is the handling of their clients individual needs.

She describes their procedures. “We’re staying on step ahead of the curve and spending a lot of time with customers talking about what they really want to achieve. Let’s take tech away from the equation. What are you really trying to drive?”

Foat also says that customers are shocked with their estimates. “I think the all-consuming thing is clients are shocked when we say, ‘with a 20k investment we can show you a 180 per cent return on your money.”

She believes that they’re delivering something customers never knew they needed. Arcane believes that they entered the market at the right time to capitalize on the growing prominence of marketing tech, or as she calls it, “mar-tech.”

“I think a lot of companies either didn’t know how to do it or were so overwhelmed with doing it. Mar-tech is a category that’s growing exponentially and it’s the only segment that hasn’t had a billion dollar exit.”

Questions have been raised however about the agency’s intentions to maintain a headquarters in London. Foat elaborates on this, stating that London has served their team well.

“The growth of the company really can come from London. London has served as our headquarters. We’ve expanded because we have customers that demand that we have more of a Canadian footprint.”

There’s no doubt that Arcane is leading the rise of ‘mar-tech’ and, ideally before their move to Talbot St. is complete, they’re looking to increase their staff to up to 100 people along the way. Whatever the next step, this team has proven themselves a digital agency to be reckoned with.