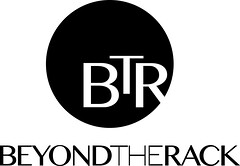 The Wall Street Journal is reporting that online retailer Beyond the Rack has filed for protection from creditors, as the flash-sale fashion site faced a liquidity crisis and was unable to find a buyer.

The Montreal-based company, which changed its legal name to 7098961 Canada Inc. the same day as the March 23rd filing, had raised at least $90 million in venture capital and financing to compete with rivals like Gilt Groupe.

According to court documents, Beyond the Rack filed for protection about a week after negotiations with a potential buyer fell through.The company, which recently slashed its workforce, has been granted court protection until April 22nd.

Several of the company’s rivals have been sold. Gilt was purchased by Hudson’s Bay Co. for $250 million, a fraction of the $1.1 billion value that venture capitalists had placed on Gilt in 2011.