Launched in 2012 by founder and CEO Ben Zifkin, Hubba is a B2B network where brands present and share product information accurately and beautifully, allowing sellers like Walmart and Target to automatically update photos, specifications and new releases. Since launching the company has grown to 40 employees as its network of 25,000 brands, retailers and influencers create thousands of new connections daily.

Hubba’s second floor office hovers just above street level in the 1921 former garment & publishing warehouse at 129 Spadina.  A short staircase brings you up to the 9,300 square foot office space where a team of 40 developers, product and business development teams work in an lively open-concept and dog-friendly office. 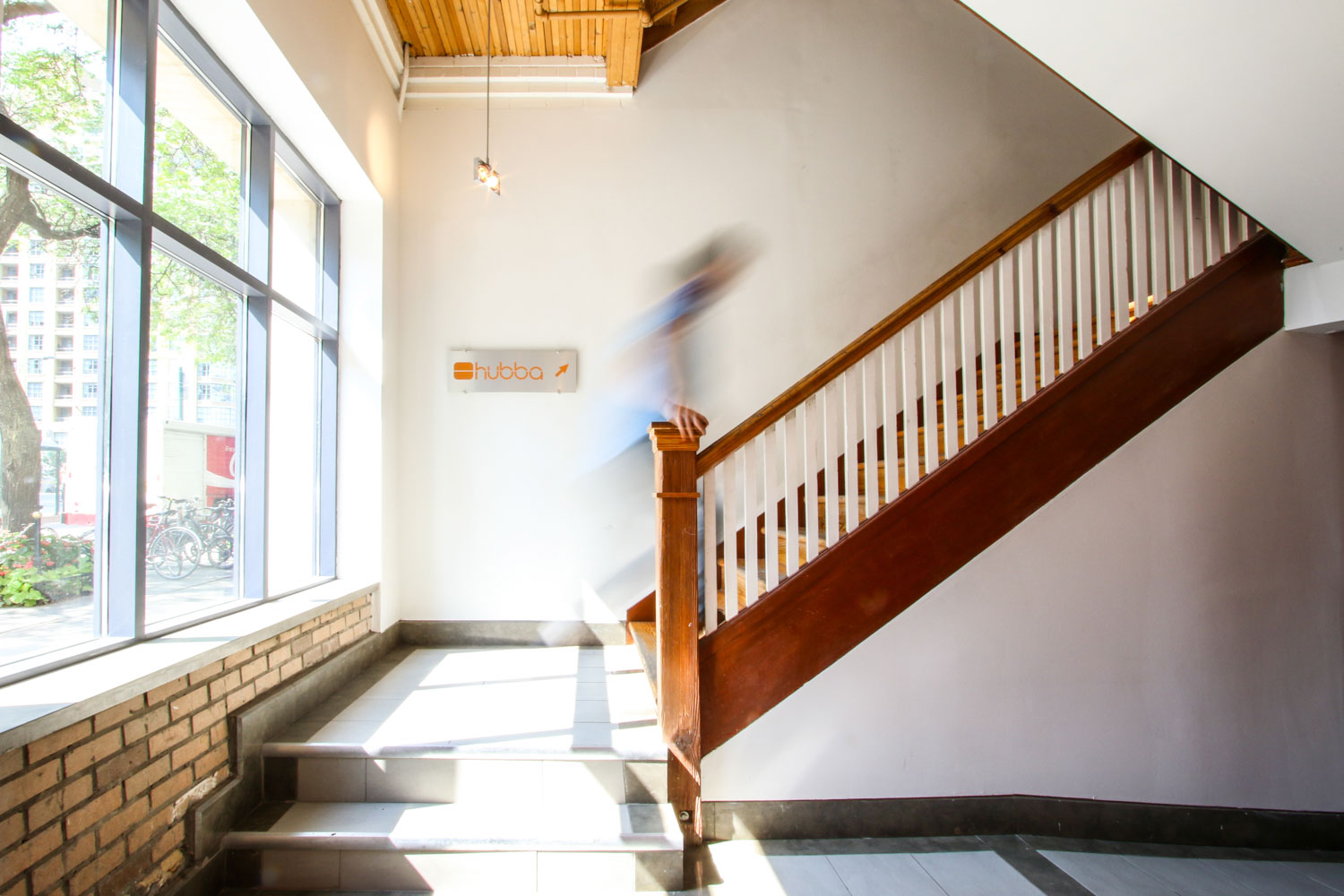 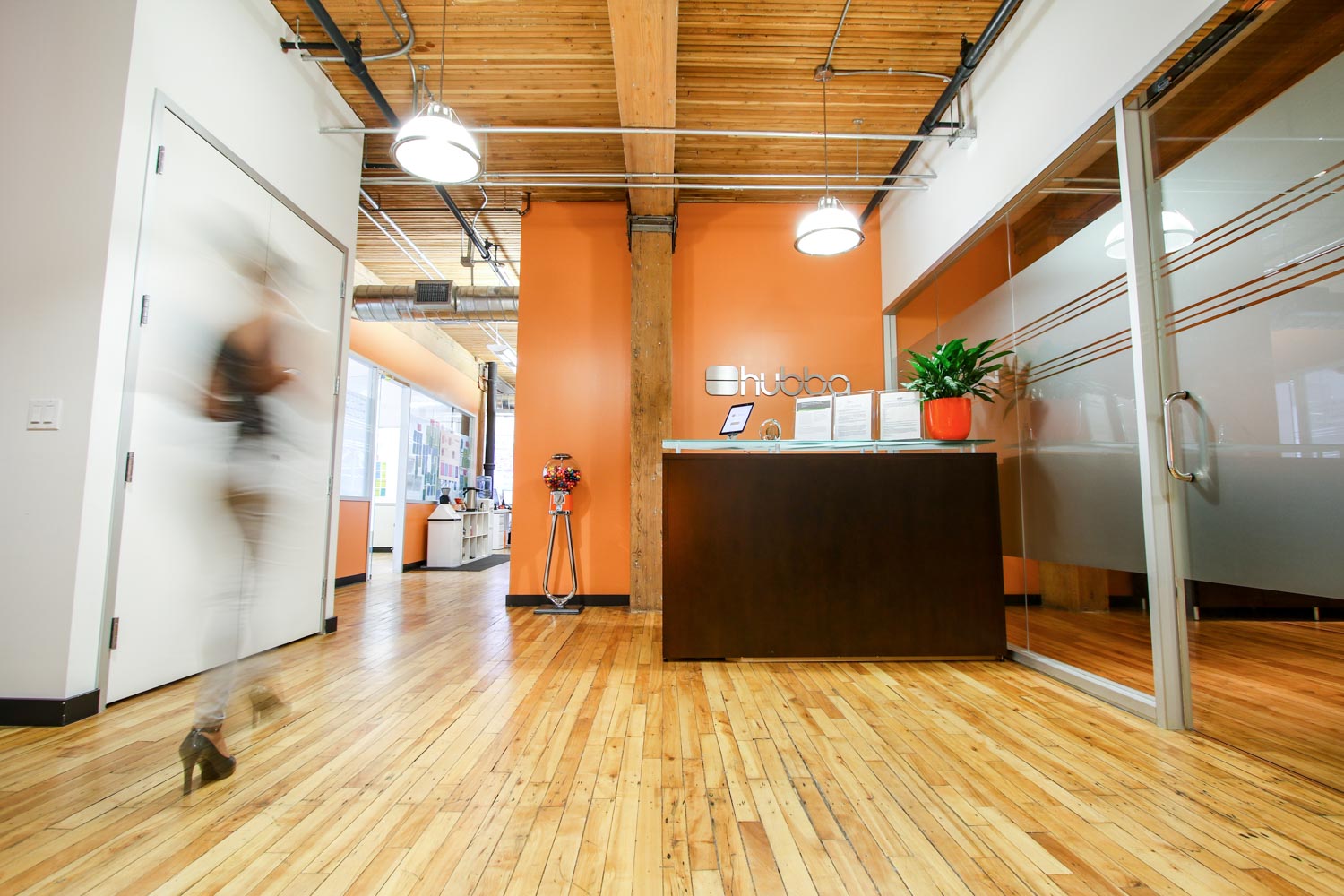 If there is one word to define the Hubba office culture, it is transparency. The office itself reflects that with the majority of staff working in one large open room. The CEO and accompanying executive team are no different, working at standing desks in the same open space. Add to that the screens displaying real-time sales and development progress next to collaborative sitting areas, all in plain view of every other employee.

The main space is active with a backdrop of hip-hop music and collaboration. Although each team works in clumps, they are mere steps away from one-another, allowing for meaningful flow of information. The office is modest, but with important touches all meant to accommodate the staff in the ways that matter: Modular standing desks, a pour-over coffee station and sun-lit seating are essential amenities in the main office space. 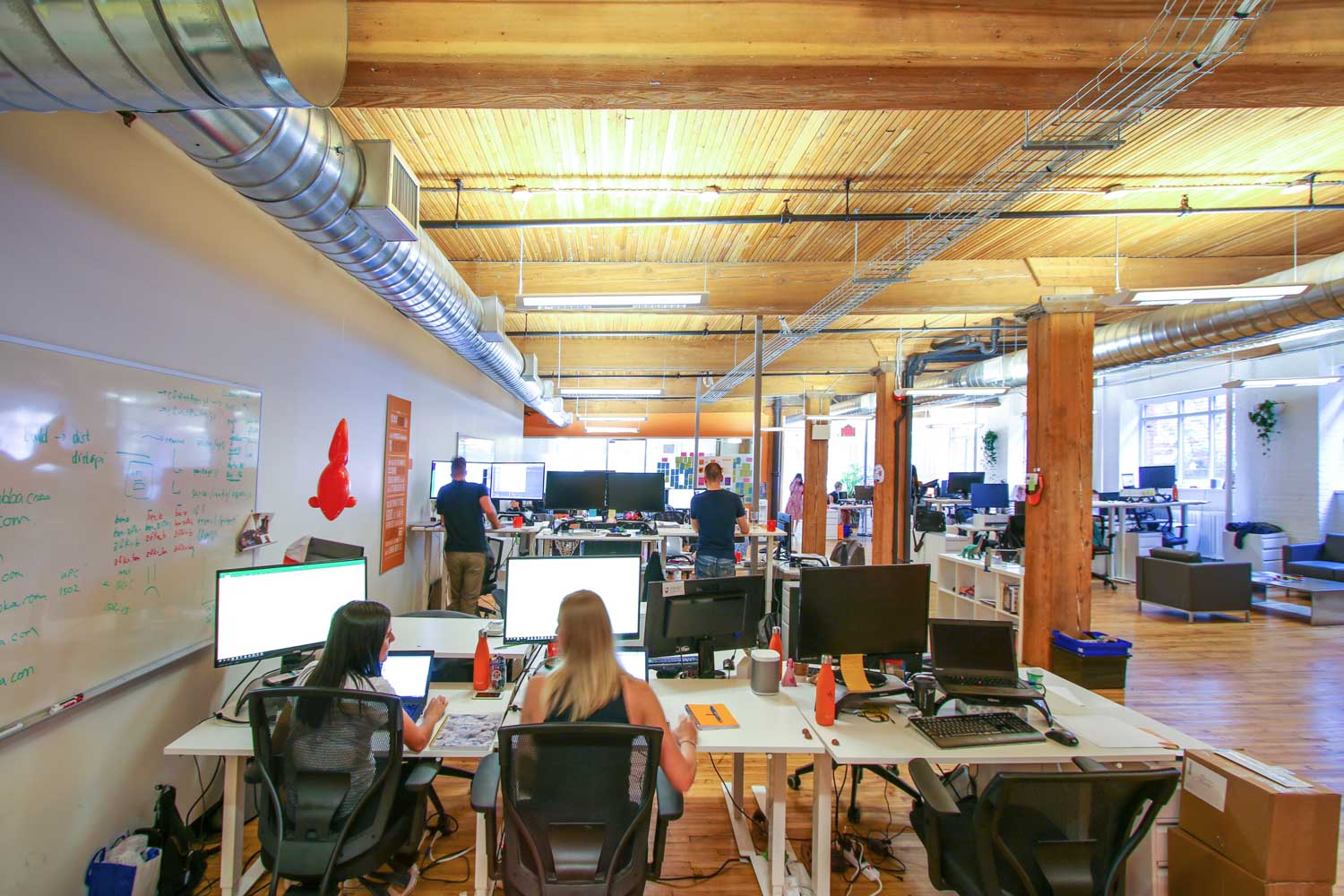 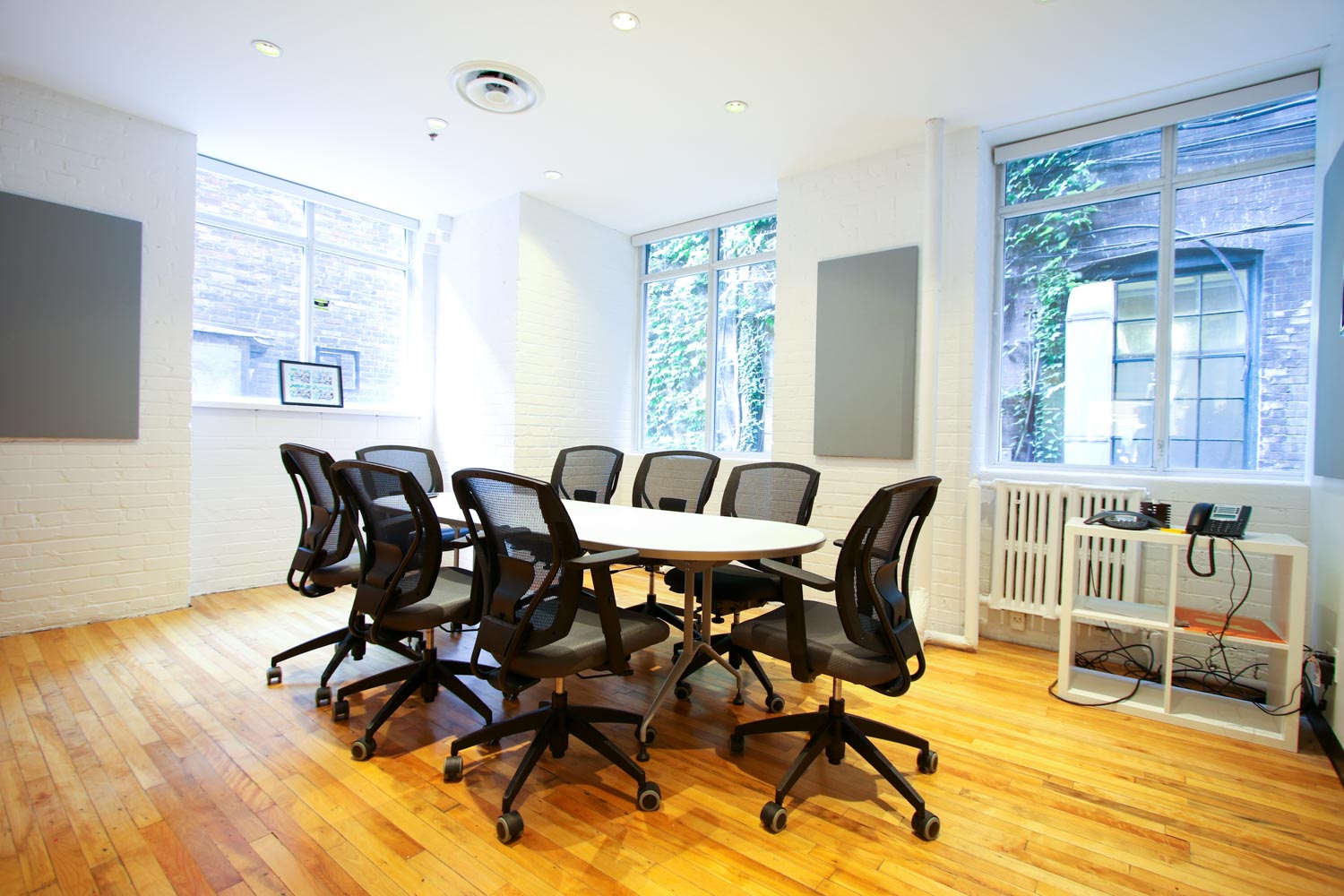 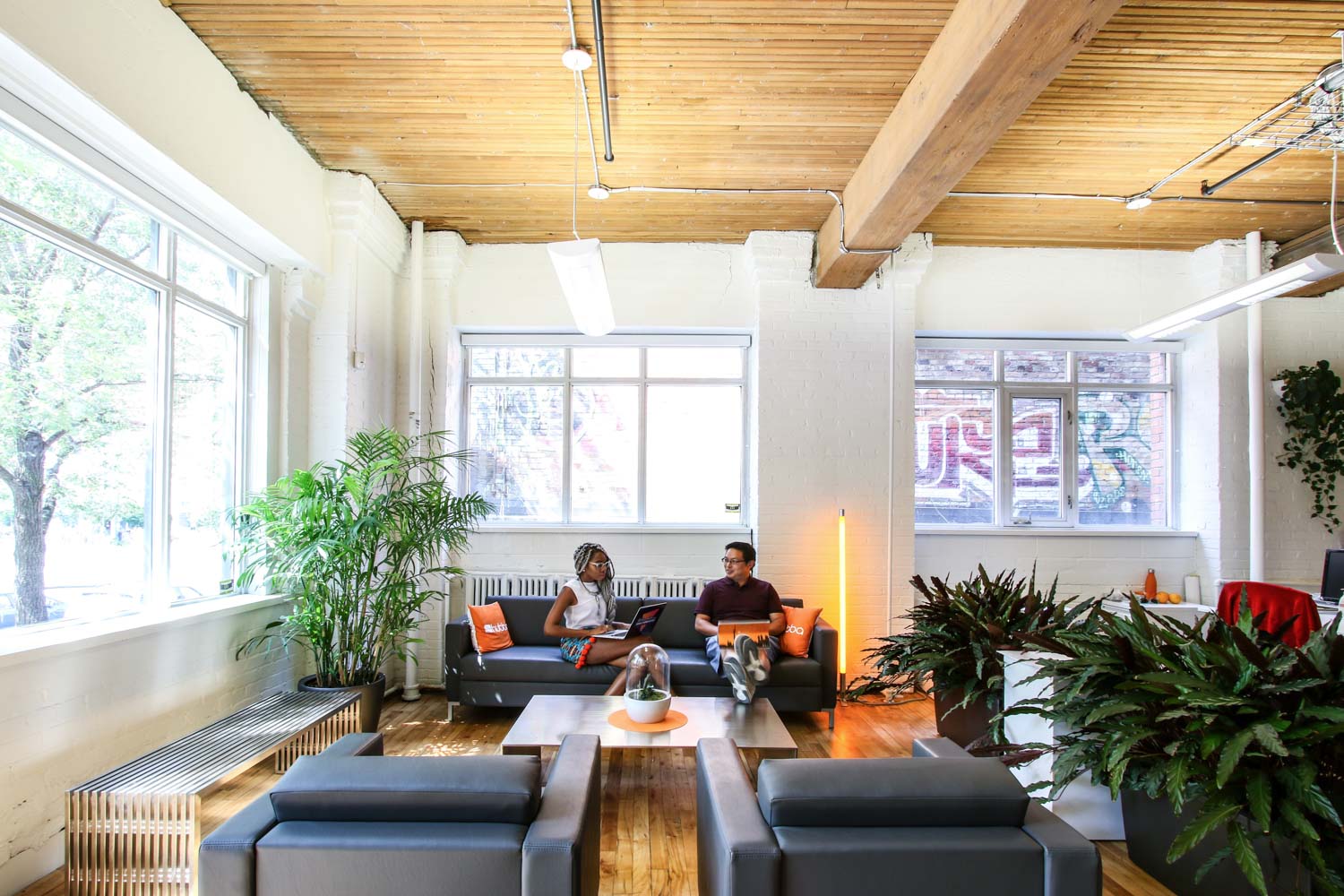 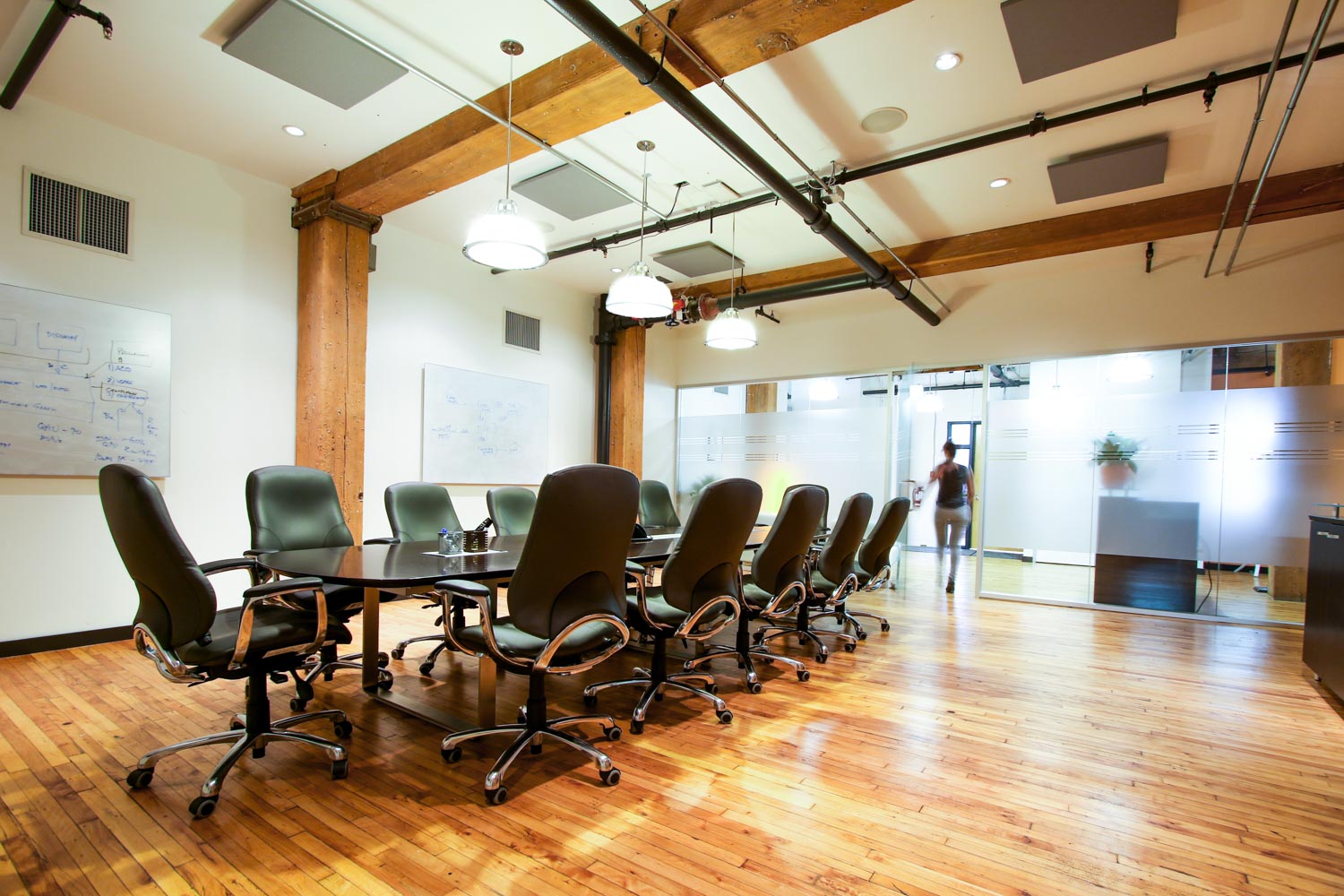 The open concept continues on the south side though offers a quieter environment with fewer people and fewer distractions. Most days it us used for quieter work, though Hubba frequently extends invites to the tech community to use their space for educational events, speaking engagements and client visits. 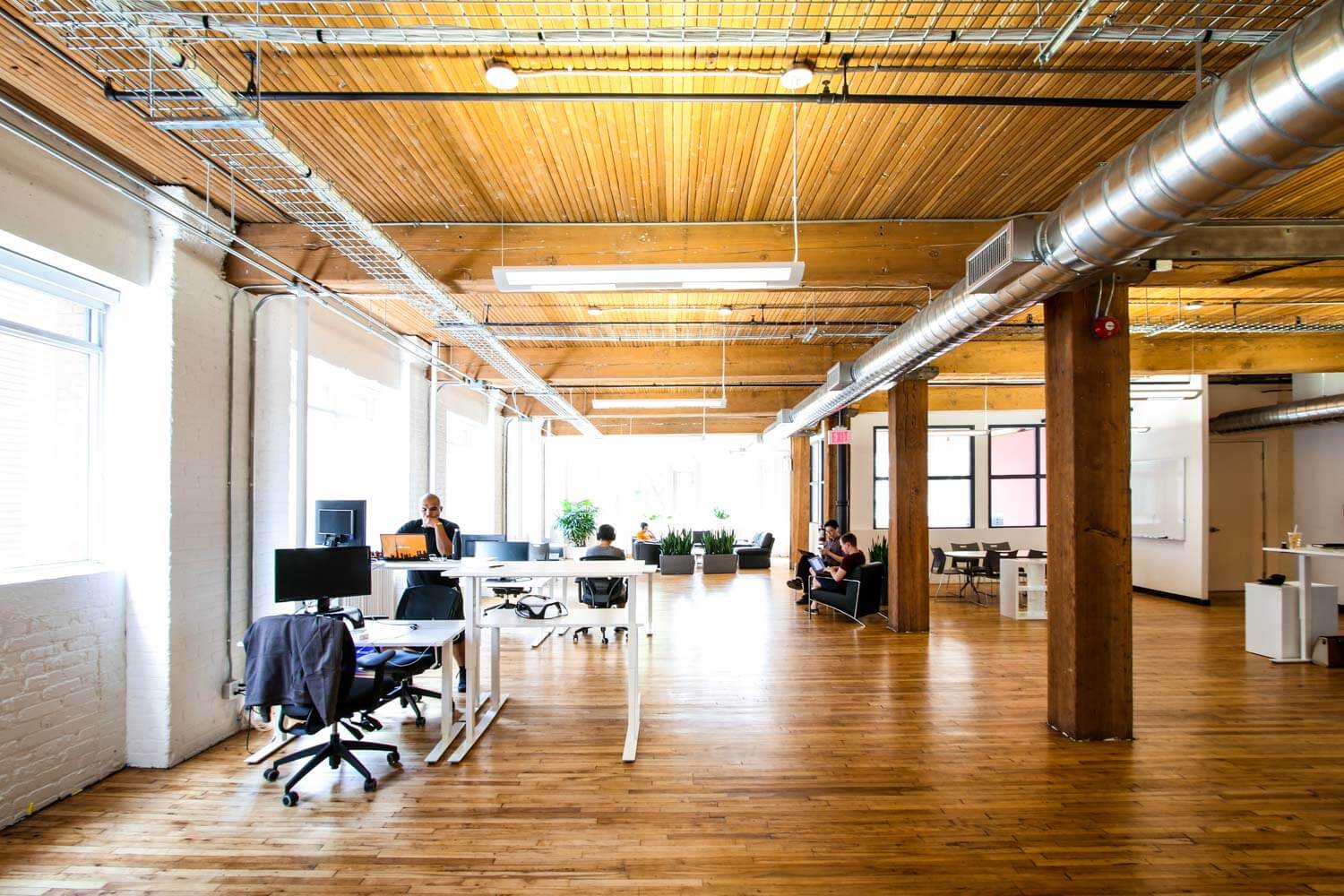 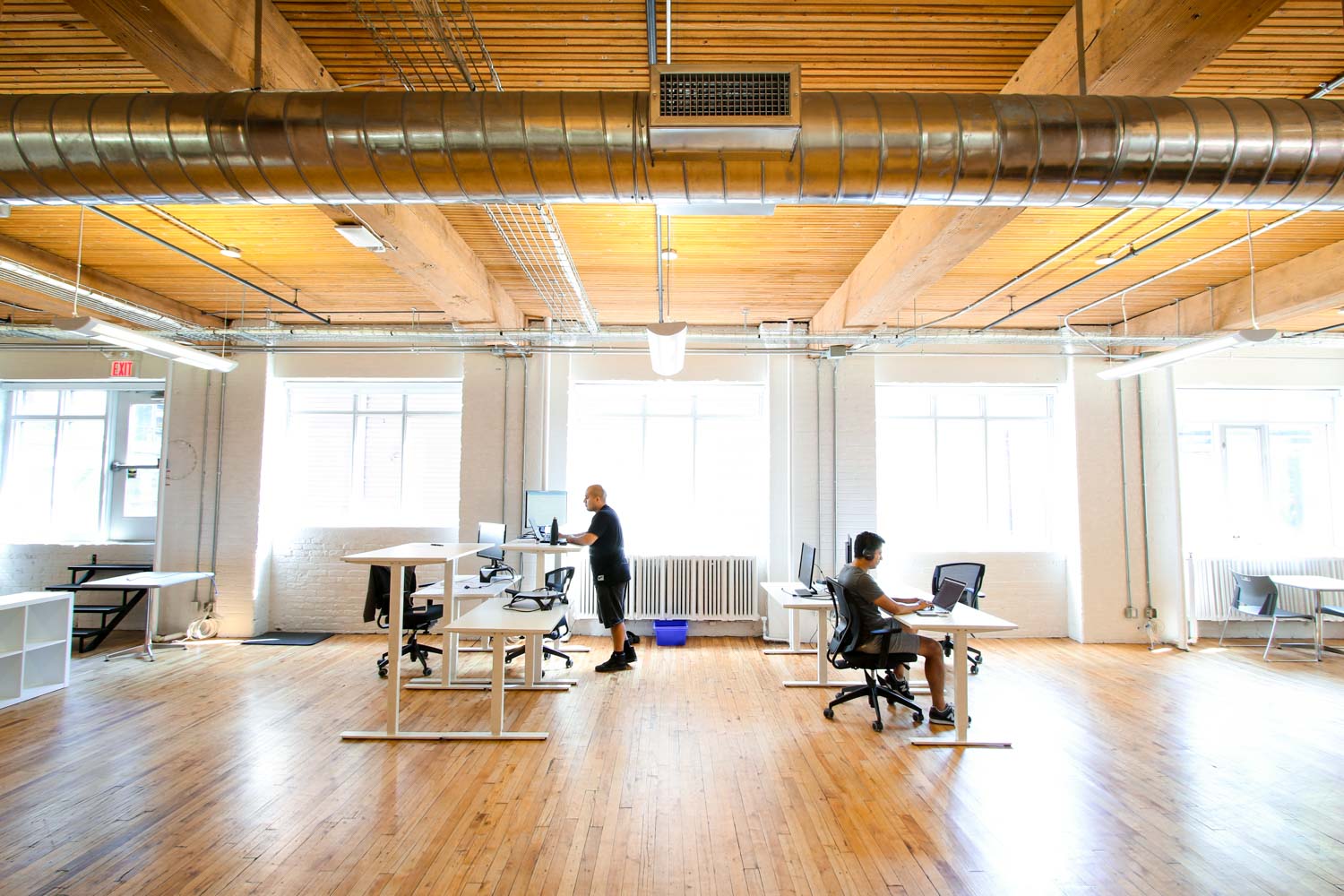 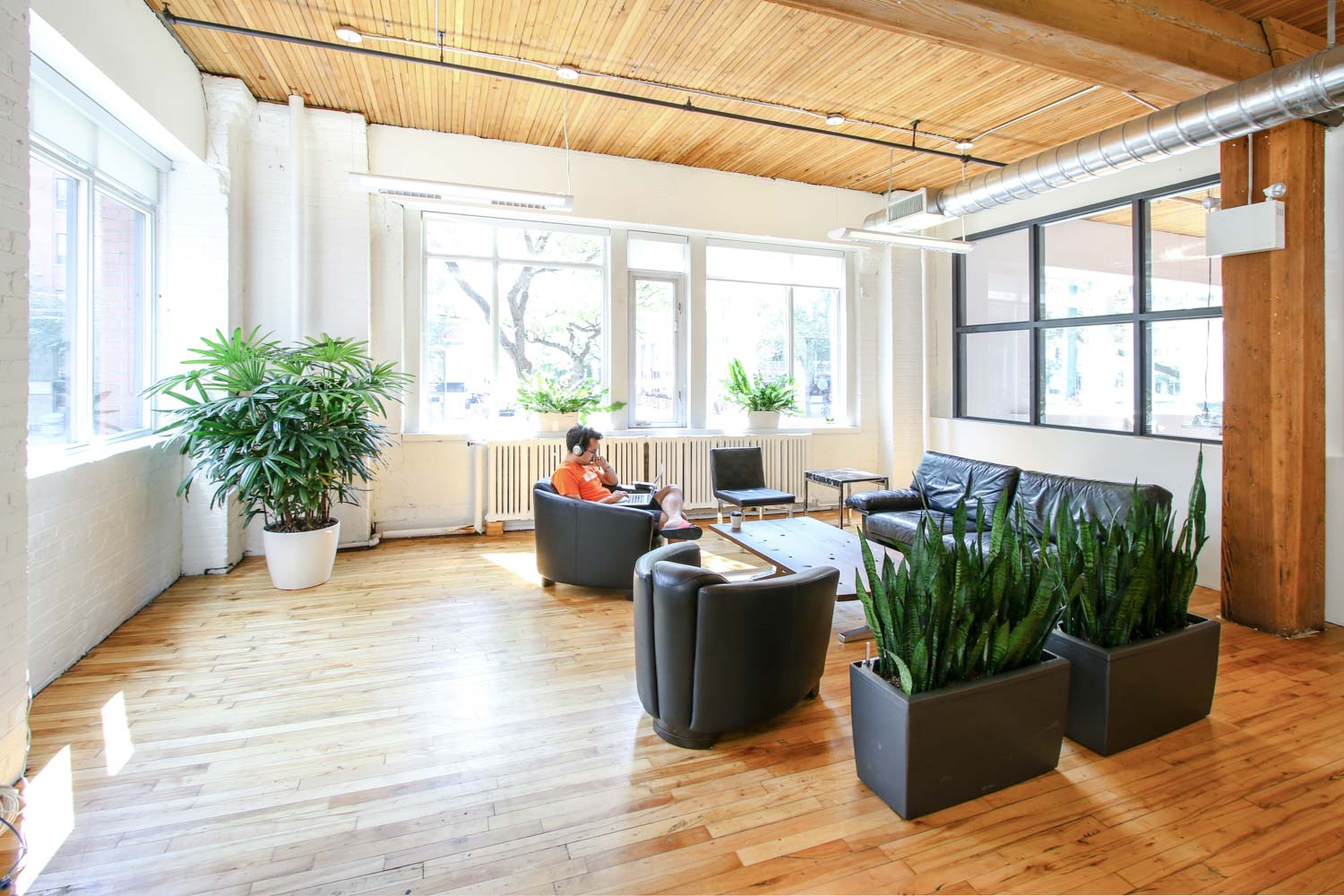 Aside from the endless list of specialty dining options surrounding the Hubba office, the teams take lunch in the kitchen. Although gourmet coffee is plentiful in the area, Hubba takes particular pride and the necessary time to create the perfect pour-over directly in the main office space.

Having a smaller company allows the executive team to throw ad hoc events, dinners out and parties–even themed cook-off competitions for the best in-house chefs. 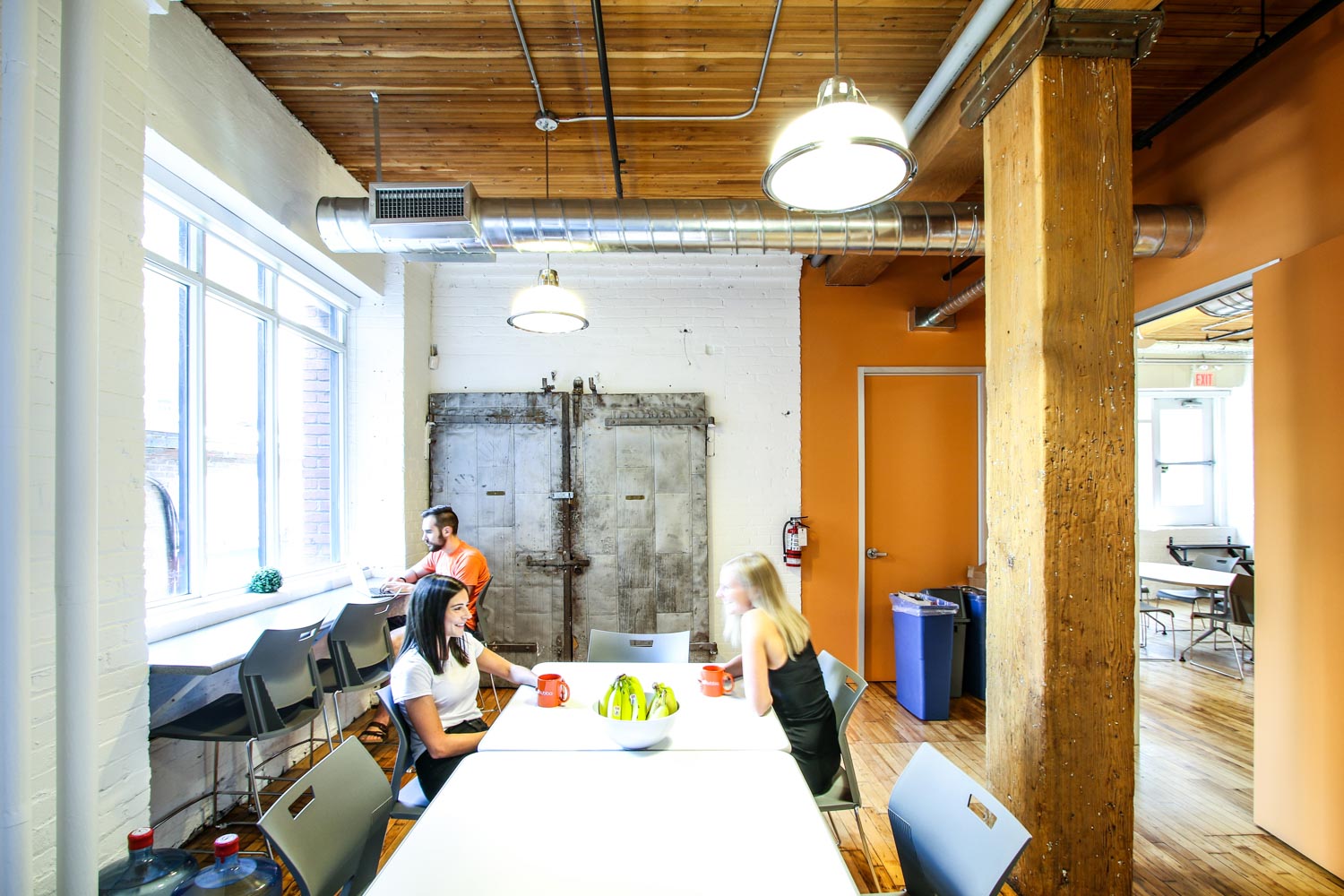 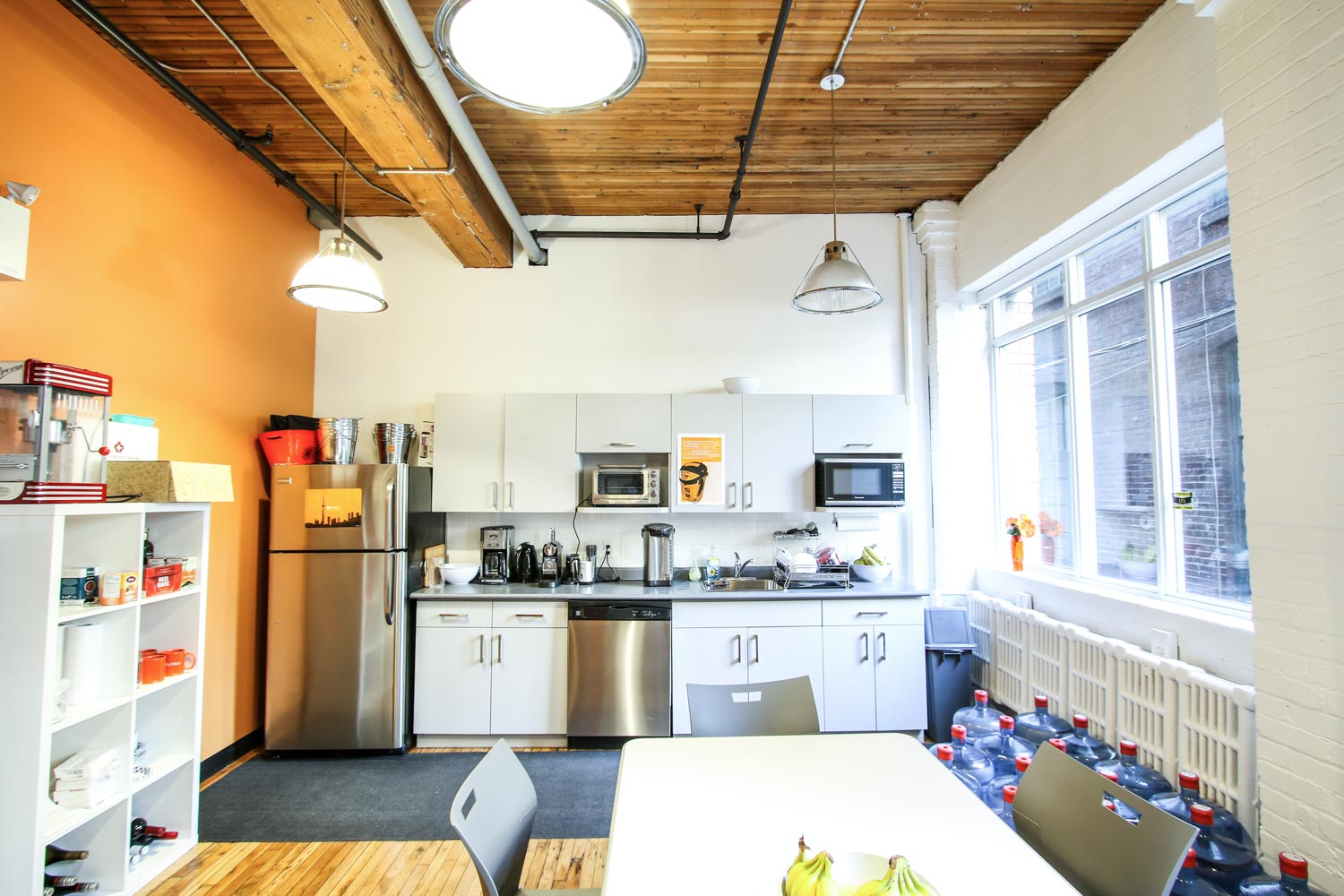 1871 Is The Future of Chicago Innovation

The office operates with the essentials, though does have subtle touches of personality. The artwork originates from product launch events where artists are commissioned to create original pieces live on-the-spot and and inspired by the Hubba brand. A growing collection of orange items is proudly displayed in the entryway as each employees is encouraged to return from their vacation with a small Hubba-themed souvenir. 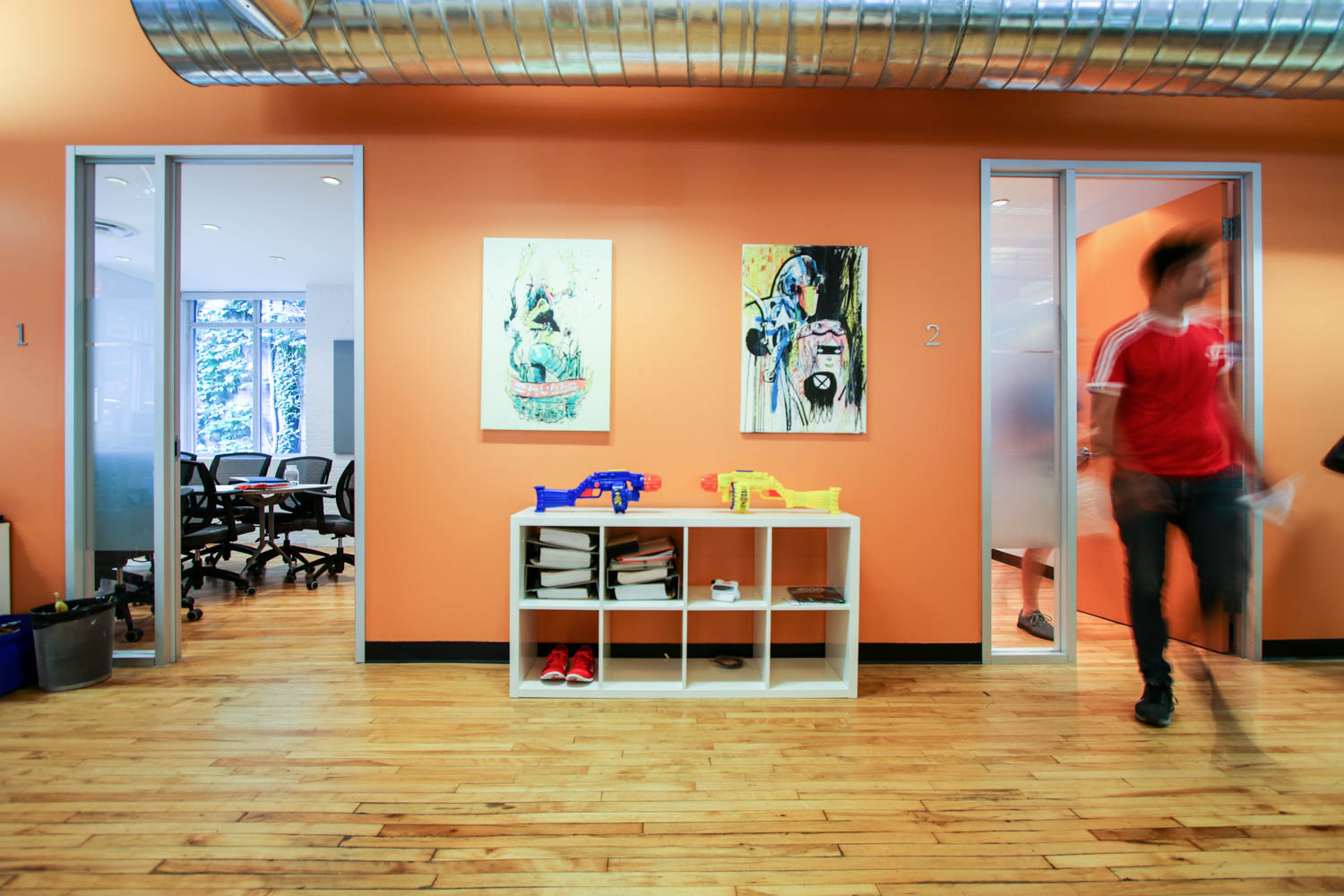 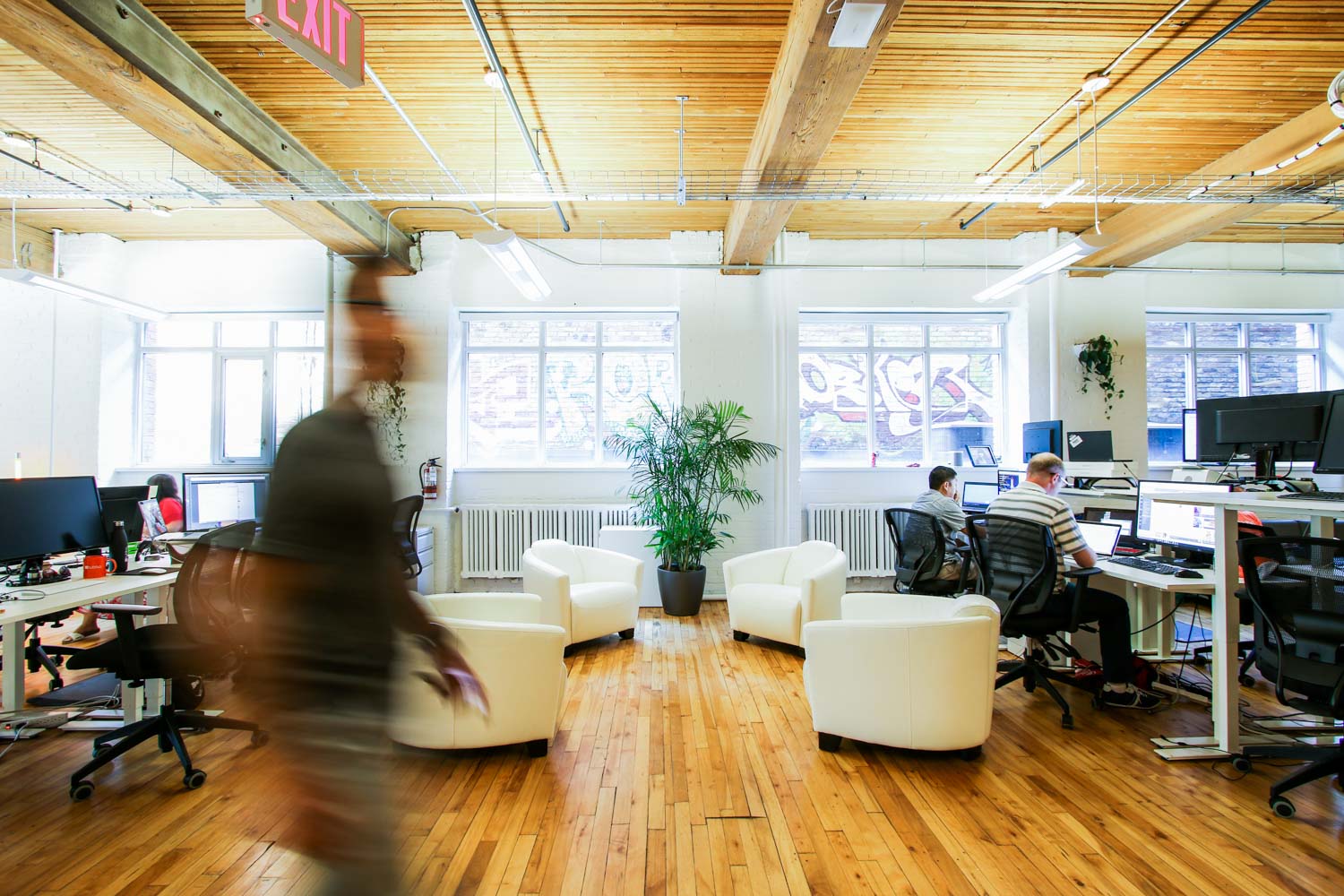 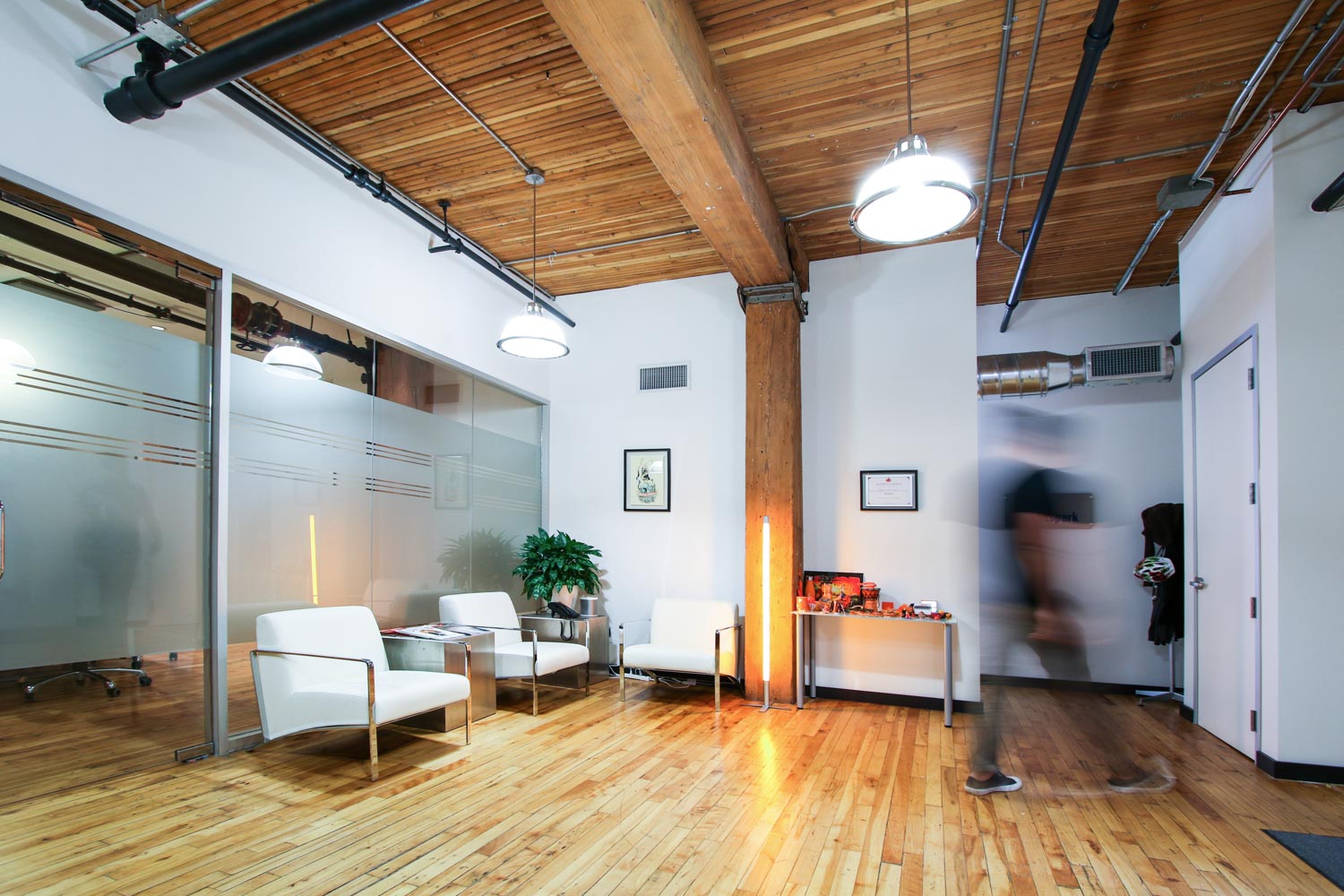 The camaraderie culture is maintained through regular events like the Hubba hackathons, curling nights, and the annual cottage day where the entire team spends a day waterskiing, slack-lining, playing football and enjoying BBQ. There is nothing that COO Howard Lis is more proud of that the culture that exists at Hubba, and it all starts on day one:

“The tone is set right at the beginning. When somebody joins Hubba, during their first week we systematically onboard them in a very specific way. They have a buddy, they’re taken for lunch, they have face time with every executive, they meet with every department of the company and spend time understanding what are the different aspects of the company.” – Howard Lis, Hubba COO 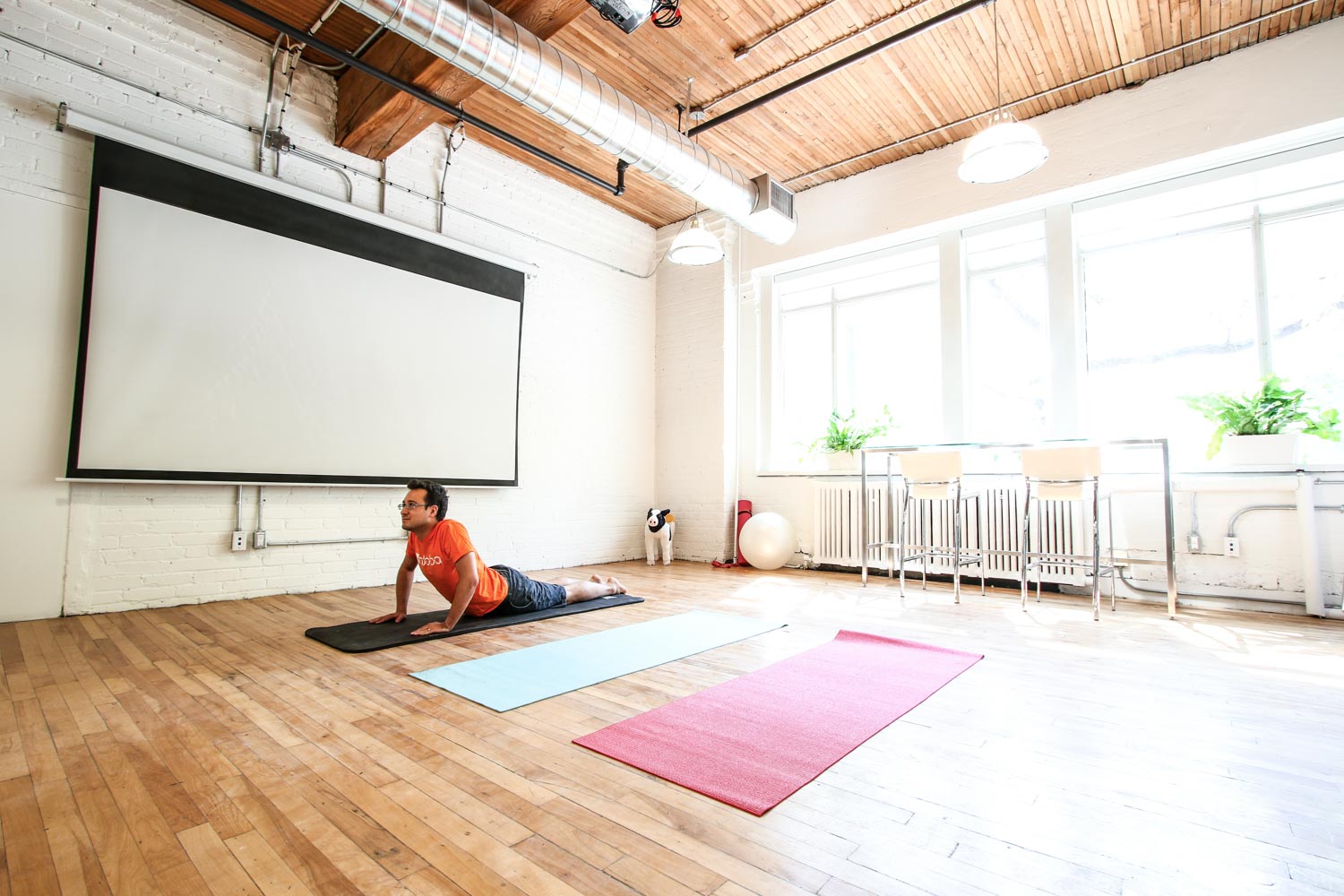