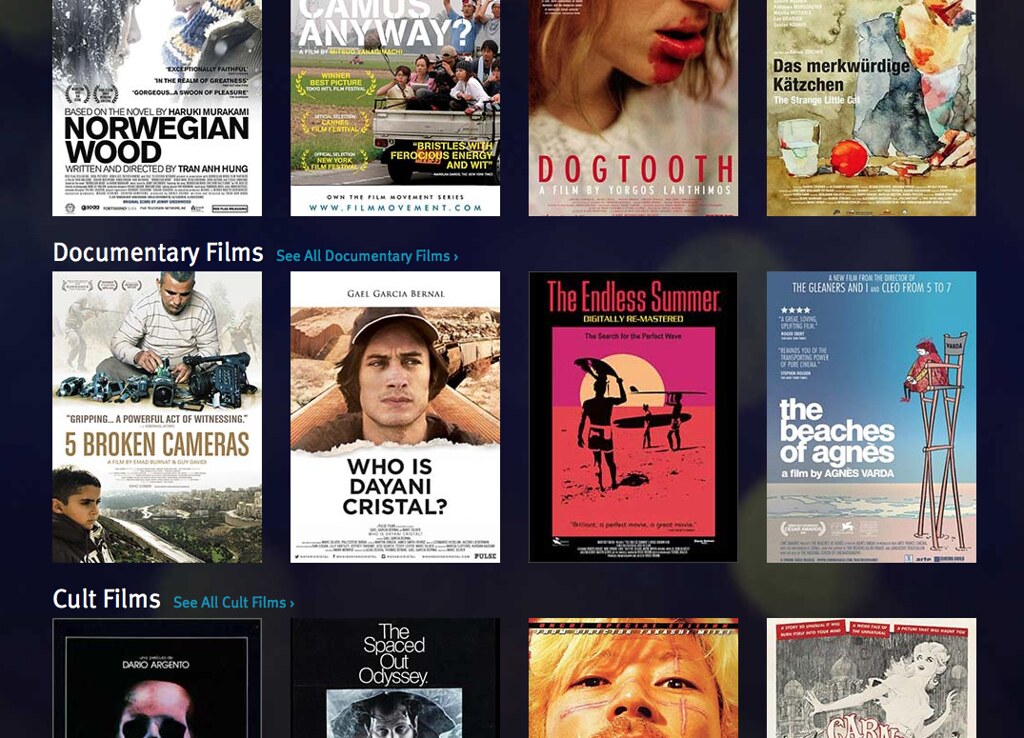 Five years on, Merging Media is a misnomer.

But what’s in a name?

Merging Media 5, as the fifth iteration of the Merging Media conference was titled, pivoted away from academia and remembered that it’s not show leisure, it’s show business. It was made perfectly clear that the two day event, staged at the Vancity Theatre, was as much a marketplace as it was a conference. Experts in digital production, distribution, marketing and creation convened last Thursday and Friday to share their respective insights on a world that’s undergone considerable change since the conference first began.

Because it’s much more accurate to say that media has already merged. The new creative landscape is a Pangaea; the continents of film and television and web have drifted together. Christine Lim-Lamboissiere agrees, but defends the message’s repetition.

“I think there’s parts of the community that have not been exposed to the new distribution channels and an event like this helps them crossover. I think in general the majority of the industry is aware of (the merging) but whether they’ve integrated into their business practices is something different. And that’s where we try to help,” she says.

The territory hasn’t changed, but it has united. Despite the inherent wonder in such a radical change, the greatest truths that came out of the panellists over those two days are things that many actively knew to be true, and most held as unacknowledged but always present facts.

Elan Lee is, by any account, a genius of this sphere. He had the entire room laughing with his stories of fountain hijackings and Nine Inch Nails fans willing to call the bluff of faux-totalitarian SWAT agents (it was, and remains, a long story involving his creation of a film around their Year Zero album.) When an audience member wanted more of the story, he told of the process of audience empowerment the project entailed—in reaching out to the people who had provided details of blogs or high school papers or university journals and encouraging them to speak out against the things they hated, whether totalitarianism or surveillance states. Success may have dulled his sense of irony.

But his encouragements to the audience were of the highest ideals. They included avocations of the most magical parts of creators, urgings to create experiences where people can be the most extraordinary versions of themselves.

Lee was followed up by Ted Hope, Hollywood producer of note and now-CEO of Fandor. Jay Joly of CineCoup gave him a well-deserved and rousing introduction, and featured an ad for CineCoup’s TV comedy spinoff. Ted Hope’s speech existed as an explanation for his career shift away from producing. He lived his life as a producer of films such as Adventureland, In the Bedroom, Martha Marcy May Marlene and The Ice Storm by three rules:

And in his eyes, he cannot successfully produce by those three rules anymore—the third being the most impossible.

“Despite feeling that I was at the top of my game in terms of production skills, it just didn’t make any further sense to keep making movies. I had to do what I could to improve the film ecosystem.”

“When I started making movies in the early 80s, 200 movies came out each year. On top of that, the selection of films ends at the theatre. Now, there’s a different reality—there’s a grand abundance of films, 800 films will open in NYC this year. We’re cannibalizing ourselves in the process. Fifty thousand films are released on a global basis—so NYC is handling 1.5%! If you’re making a feature film and you don’t make it to be one of that 800, you’re competing with the 49.2k of that year and the next batch of fifty thousand.”

The changes of the 21st century may be warping the film industry, but it’s being warped as heat and pressure warp coal. People are locating more easily and interacting more deeply with the media they consume. TV, more similarly structured to digital subscription models, would be graphite in this comparison. On this merging of media, Ted Hope is suitably optimistic.

“I think we’ll get more variance, many different ways of experiencing media. There will be people who want a talk-back and interactive form, the Twitter section at a theatre,” he says. “I was talking to a friend, and he said he picked movies by the crowd. There’s certain theatres that attract a lively crowd that winds up more fun than the movie itself. There will be certain movies that are free, sponsored, you have to sit through ads, but it would be free. Online viewing is a profoundly different experience from cinema viewing … I think those differences, and celebrating what they are, will become a key part of how we engage with cinema.”

The second day was dedicated to the individual speakers coming together in round tables, and the culmination of the inaugural Digital Extensions Story Lab, put on by SundanceTV and storycentralLAB. Time was taken to honour the recipient of the first Champion of Digital Innovation award, Andra Sheffer, the Executive Director of the Bell Broadcast + New Media Fund and the Independent Production Fund.

The Story Lab featured four teams, comprised of entrants from across the country, who competed with potential digital brand extensions for SundanceTV’s new drama, The Red Road. The winning team, ‘Hitchhike The Red Road’, had members hailing from Newfoundland, Victoria, Toronto and Vancouver. Bridget Hill (Omnifilms), Bella Sie (Window Horses) Lee Shorten (20 Year Media), Bryon McInroy and the CBC’s Angela Antle triumphed with an entry that Drew Pisarra and Alison Norrington thought was the most on brand, with ongoing analyses of the user’s descent into immorality in the face of the tough choices they face. The end result was an experience that was both personal and social, with strong replay potential if users hope to keep their integrity intact.

And how do Norrington and Pisarra feel about the converging of media?