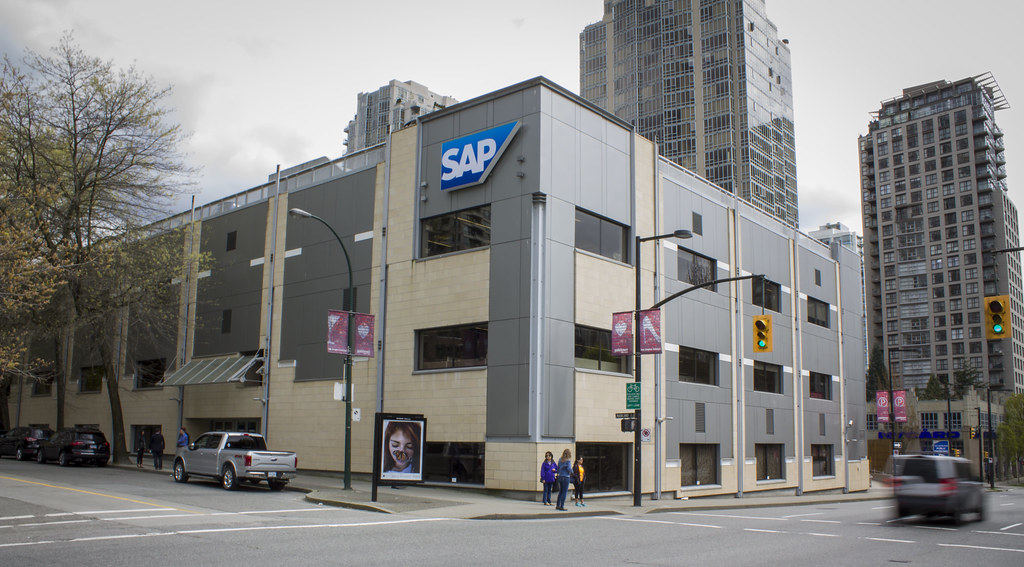 If Nic Smith could describe the SAP Digital Boardroom in two words, they would be “total transparency.”

The Global VP of product marketing for cloud analytics at SAP works out of the Vancouver office, where the Digital Boardroom was created.

The Digital Boardroom is an application aimed at visualizing and simplifying performance reporting in real-time.

“All your data in real time, to answer any question. Imagine that,” said Smith.

But it was the team at SAP Labs Vancouver that brought the innovation to life.

The 600 person team worked out of a newly renovated office in Vancouver, a spot that is highly desirable to the large software company.

“The team is rapidly expanding. We’re even running out of seats at the office,” said Smith.

According to the Vancouver Sun, SAP is one of British Columbia’s largest tech employers.

“I think is there is just a lot of great talent coming out of the city. We also got a lot of help with engineers and developers from the SAP headquarters in Germany,” said Smith.

It was announced at SAP’s annual user conference in Orlando that the Digital Boardroom will run on the BusinessObjects cloud.

Aside from being one of the main attractions at CEO Bill McDermott’s keynote speech, the SAP conference also showcased the Digital Boardroom on the show floor using VR technology.

According to the team, it was a way to imagine analytics in a way that hasn’t been thought about before.

“That is software today. You have to feel engaged with it,” said Smith.

The demo illustrated a particular industry scenario that the Digital Boardroom could help an organization visualize in real time.

The Vancouver team is building all sorts of industry, line-of-business scenarios for business decision making.

“You can have a conversation about what’s going on in your business, as its happening,” he said.

But Smith says that there’s more coming out of Canada in terms of showcasing SAP products at an immersive level.

The latest thing the Vancouver team is working on, he says, is innovating cloud analytics.

“The way to innovate with businesses is to find those needle in a haystack moments that you didn’t even know was going to happen in your business,” he said.

There’s an air of Silicon Valley around the new SAP facility on 910 Mainland Street in in Vancouver. By new I mean refreshed, and by Silicon Valley I mean not the television show.

The building – most of it – has been home to SAP (Ess, Eh, Pee—no one calls it SAP apparently) for just over a decade, and it was due for a tune-up. Their 1,200-strong group deserves that, right? That’s what they got, to the song of nearly 15 million dollars in amenity upgrades.

“Oh boy—Let me tell you it wasn’t easy,” said COO Cindy Fagen when asked how they managed to complete renovations while the building was still in use.

This week marked the grand reopening to both staff, and the press. The event brought together hundreds of on-hand employees, a few dozen press, the CEO of SAP Bill McDermott, the mayor of Vancouver Gregor Robertson, and the Squamish first-nation tribe whom blessed the building with prayer, and a uniquely crafted talking stick.

During our behind-the-scenes tour, it was easy to spot the “non-suit’n’tie” attempts being made to lift those who work here out of that feeling. Yes, your job is at a desk. Yes, your desk has a cubicle. But did you know there’s an organic garden? Huh? Did’ya?

There’s a snack room that uses your fingerprints to buy food, a full-scale gym, a games room, a bike locker, and plenty of cooperative workspace (whiteboard walls, and comfortable seating). Some of these can be considered clever tactics to help grease the wheels of their employees. It’s easier to do a hard job in a cool place. However, this doesn’t seem to be the case at SAP. Their goals are simply to have a sustainable, environmentally friendly, fun place to do hard work.

It seems they have succeeded in those goals. Alongside their “Zero Waste Initiative,” SAP has introduced countless resources for both the betterment of their employee’s careers, but their lives in and away from work as well. This all within a very conscious, systematically designed campus.

“This is something to be proud of. You have one of the greenest buildings in North America,” Mayor Gregor Robertson said during his speech in front of the masses.

The speeches began before we were ushered in to “Northside” of the building, where two stories – connected by a large glass-sided staircase – of cubicle desks live.

McDermott speaks in infectious inflection, and it’s easy to blur the lines between all the hard work he has put into becoming successful, and the nine-hundred dollar dell back at your cubicle. He’s charismatic, and blurts out inspirational-poster material like it was the only way to extinguish the fire of failure. Both McDermott and the Mayor were short and potent. It really got the room buzzing.

It was also extremely odd to see such a high profile company, filled with insanely talented people, treat their CEO like a super-star. The crowds watched, agape. And afterwards, mobbed the man in the sunglasses, like he was Zuckerberg himself.

“People love Bill here,” SAP Canada PR Manager Carole Wagner said to me, and it showed. Bodyguards escorted him through the crowds, and into the tinted Lincoln parked out front.

But before he could leave, he would stir the arena (slight exaggeration of space size) with a passionate reassurance of the simple principles SAP as a company, lives and breathes.

After a beautiful welcoming dance, and a blessing, some hustling around, the employees of SAP slipped off to another wing to eat, drink, and I assume be merry. We were able to catch a couple of words with the execs of SAP prior to going our separate ways.

I’ve walked passed the SAP facility on the corner of Mainland and Nelson on numerous occasions, always wondering what was behind that frosted glass. What it is, is one of Vancouver’s most premiere tech campus. A shining example of how scale doesn’t have to spell laziness. Fitting, that such a feat in design, sustainability, and innovation lives in a city like this one.

Thanks to Cindy Fagen, Bill McDermott, and Carole Wagner for giving us a tour of the new space, and for inspiring over a thousand Vancouverites.