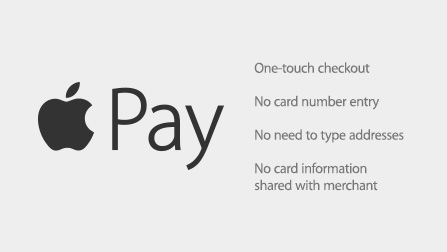 Since Apple launched its mobile payment service, Apple Pay, in the U.S. back in October, most wondered when this technology would be adopted north of the border.

Recent rumblings suggest Apple Pay may launch in Canada, potentially as early as this month.

There’s no question that the banking landscape in Canada is different than that of the States. Our culture tends to be on the conservative side with stricter regulations and more supervision. This hasn’t seemed to affect their bottom line; every quarter we watch as banks post soaring profits. But with an increased adoption of the internet among Canadians, technology companies are eyeing a slice of the pie by looking for ways to remove banks as the middlemen between tech-savvy consumers and their purchases.

As we anticipate Apple Pay’s entry into the market, let’s look at three ways this might have an impact on the Canadian banking sector.

1.The appetite for mobile will continue to grow.

It’s no surprise that Canadians, especially Millennials, are open to more alternative forms of banking. A growing number of connected Canadians bank primarily online and, who really goes to a bank branch anymore? We want access to our hard-earned money instantly and on-the-go.

Yes, other banks in Canada have offered up their versions of a mobile wallet, but usage depends on a number of factors like purchase amount or your wireless service provider. Considering nearly half of Canadians say they keep their phone on hand over 90% of the day, Apple Pay has the ability to really kick this trend into high gear.

2. Early bank gets the boost.

From the moment Apple announced this mobile payment service, consumers starting asking their banks if and when it would be available to them. Unlike their U.S.-counterparts, Canadian banks won’t make a profit off of debit transactions. They have less of an incentive to offer their customers a platform that would live outside their own mobile app.

However, banks are also aware that technology and innovation are becoming an increasingly important differentiator in their space. That’s why they invest so heavily in testing things like wearables and biometric technology. Last year, Tangerine was the first bank to launch Voice Banking and Touch ID through their mobile app with plans to release Voice Authentication sometime in 2015.

Being first out of the gate with Apple Pay will ensure they become the first default card in a digital wallet. Besides, a recent Google survey showed that about half of Millennials would switch banks to gain a better mobile experience.

Every year, Canadian banks and credit issuers fork out millions in covering fraudulent transactions. In 2013 alone, there was over half a billion dollars’ worth of credit and debit card fraud across the country.

Apple Pay has proven to be more secure than traditional methods of payment, and more private. Apple won’t collect your purchase information or history. Merchants will no longer have access to information like your name, address or card number. Instead, a unique Device Account Number is created, encrypted and stored in the Secure Element of your device. To make a purchase, you’ll need your fingerprint.

And in the unfortunate case that you lose your phone? Well, you can even disable it remotely using the Find My iPhone app. That means less cards having to be replaced and a lot of money saved when it comes to fraud prevention.

The typical pillow fight between Canadian banks may be getting a lot more hostile, stay tuned.

By Jason Field, Co-Founder of BrainStation

BrainStation is proud to announce a partnership with the First Nations Technology Council, an Indigenous-led, not-for-profit organization in British Columbia.