We’ve written about Vancouver’s continued rise as a tech giant to be reckoned with, and 2018 proved to be a big year for the city’s digital sector.

As we start to wind down for the holidays, we decided to take a look back at the year that was.

Here are some of the most important Vancouver tech industry stories from 2018.

In February, the Canadian government announced that the British Columbia-led Digital Technology Supercluster was one of the funding recipients for its Innovation Supercluster Initiative. The Supercluster is expected to create 50,000 new jobs and pump $15 billion in GDP into B.C.’s economy over the next decade.

There was also a cash influx from the province, which announced more than $100 million in funding for 75 research projects. It’s one of the reasons more than 80,000 tech-related job openings are expected in the region by 2027.

And despite a less than friendly relationship between Justin Trudeau and Donald Trump, 2018 also signaled stronger ties between the Vancouver region and its neighboring US states. In October, B.C. premier John Horgan and Washington governor Jay Inslee met as part of the Cascadia Innovation Corridor Conference, an annual event that brings government and business leaders together from both countries. 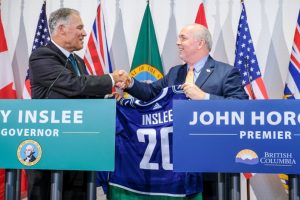 “Governor Inslee and I are working together to make life better for people across the region, and the Cascadia Innovation Corridor is critically important to that work,” Horgan said in a press statement. “This forward-thinking initiative brings together governments with the tech sector to grow the innovation economy. Our government will continue to work collaboratively to advance these shared goals and create good jobs for people on both sides of the border.”

This is not just lip service. Over the past two years, a seaplane service has been established between Seattle and Vancouver, and a feasibility study (backed by Microsoft) on an ultra-high-speed rail line between Oregon and B.C. is expected to conclude in 2019. 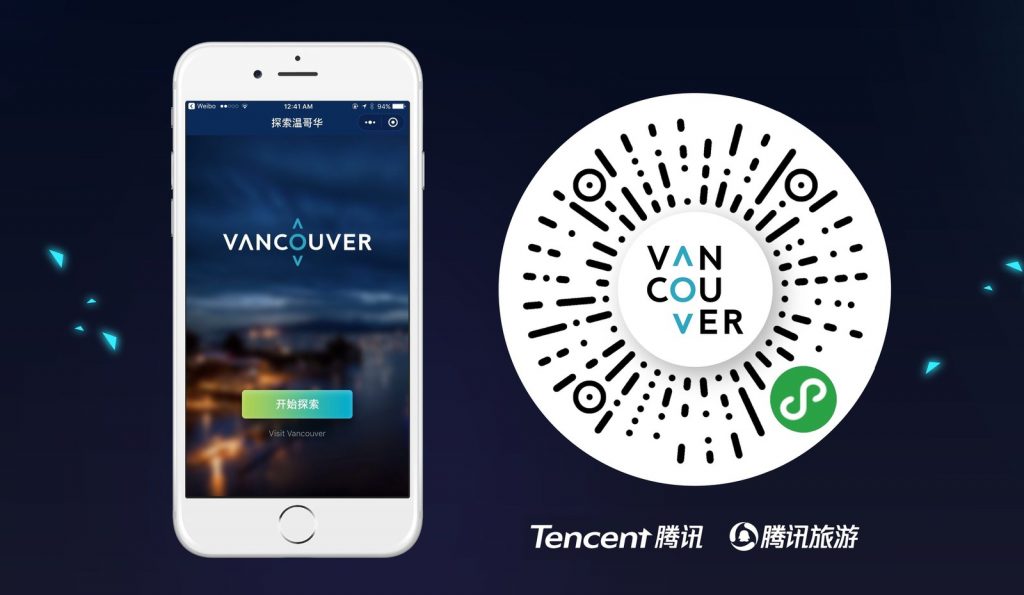 In July, Tourism Vancouver announced a partnership with Tencent, an investment holding conglomerate (and one of the largest companies in the world), that will promote Vancouver as a tourist destination to Chinese travelers. Tencent owns WeChat, a communication app for Chinese citizens with over one billion active users. The partnership will create Canada’s first-ever WeChat city app, which will act as a mobile guide for tourists, with information on hotels, restaurants, shops, attractions, and more.

The B.C. government, however, was also thinking locally, providing $100,000 to support Futurpreneur Canada’s Rock My Business Plan initiative. Futurpreneur Canada is a national non-profit organization that offers financing and mentorship to aspiring business owners aged 18 to 39.

The money will go toward workshops in six communities across the province, covering how to manage cash flow, financing, market research, and operations.

“We realize that it can be difficult for young people to gain the skills, knowledge, and financing needed to start a successful business,” said Bruce Ralston, Minister of Jobs, Trade, and Technology. “The free Rock My Business Plan workshops provide mentoring and tools that can help young entrepreneurs overcome business challenges and start the journey of launching a successful business.”

Major players also made their mark in Vancouver in 2018. It started with PCI Developments and Low Tide Properties announcing a new, seven-story office development, which will be designed for “the emerging digital media and creative sectors.”

The development will offer 160,000 square feet of office space, which is the equivalent of adding a tenth of Vancouver’s current office space to the False Creek area. 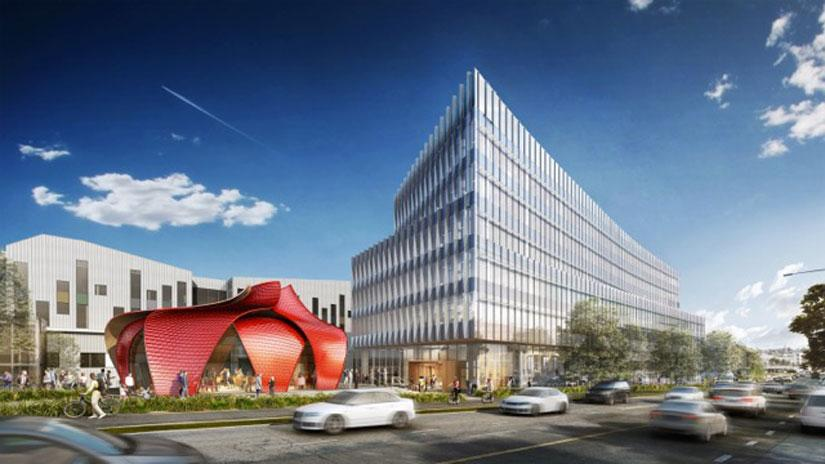 “This adds significant supply to an emerging neighborhood that has been endorsed by the global and local creative and tech companies, including the first tenants into this new building,” said Blair Quinn, Executive Vice President at CBRE Canada.

In April, Amazon announced plans to expand its Vancouver Tech Hub, creating 3,000 jobs over the next few years in e-commerce, cloud computing, and machine learning.

Not to be outdone, Facebook will be opening a new office in the city, taking over two floors (and approximately 36,000 square feet) in Cadillac Fairview’s Waterfront Centre. 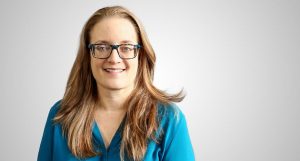 This year also marked the public unveiling of SAP’s expanded office. A global market leader in enterprise application software, the company’s Vancouver labs have added more than 300 jobs since 2016, and this expansion completed the second phase of a $22-million investment.

“We are proudly the largest software employer in British Columbia, committed to this province and to developing local talent,” said Kirsten Sutton, Managing Director at SAP. “We stand side by side with Premier Horgan and his government with common goals to solidify B.C. as a high-tech powerhouse.”

Funding is on the Rise

It’s been a banner year on the funding side as well, with companies in Vancouver accounting for $264M in funding in the first half of 2018 alone.

On the lower end of the spectrum, Alavida Health, a science-based remote treatment program for Alcohol Use Disorder (AUD) announced it had raised $2 million, with Nimbus Synergies Inc. leading the round.

One of the largest funding rounds was generated by startup LoginRaduius, which helps companies centralize customer data and then build an integrated consumer experience. LoginRaduius raised $17 million in Series A Funding, led by ForgePoint Capital and Microsoft’s venture fund, M12. The company intends to use the funding to accelerate product innovation, customer acquisition, and global expansion.

At the top end of the funding spectrum, though, is leader Elastic Path, a provider of enterprise headless commerce solutions, which announced $43 million in Series B growth investment. Funding for this round was led by Sageview Capital, with participation from current investors, Yaletown Partners, and BDC Venture Capital.

Not to be outdone, though, Vancouver-based biopharmaceutical company Zymeworks signed a licensing and collaboration deal with BeiGene, worth a potential $1 billion. The two companies will now collaborate on the development and commercialization of molecularly-targeted and immuno-oncology drugs for the treatment of cancer.

One of the reasons for the acquisition was the center’s potential to provide more than 1,000 megawatts of renewable, hydroelectricity energy. HIVE’s current operations consume only 44.2 megawatts of energy.

“This is another major milestone in our continuing global expansion as a leading blockchain and cryptocurrency infrastructure company,” Harry Pokrandt, CEO and director of HIVE, told Techvibes.

That same month, The International Dota 2 Championships, the biggest esports tournament in the world, announced that it was coming to Vancouver – the first time it would be held in Canada.

This wasn’t the only thing shining a spotlight on Vancouver, though. 12 companies from the area made it onto Deloitte’s 2018 Technology Fast 500 list, which recognizes the fastest growing technology, media, telecoms, life science, and energy tech companies in North America.

Bench Accounting, an accounting service for small businesses, came in at the top of local companies, at number 28. The company has increased revenue by 4,373 percent over the past four years and announced plans this year to hire 100 more people.

The next local company to make the list was Left, a multinational media and technology company focusing on using personal devices to amplify wifi signals. Left came in at number 101.

Elsewhere on the growth front, visual effects studio Image Engine announced in October that they planned on adding 150 more employees over the next two years. To accommodate this expansion, the company will be moving into a new, bigger space in Mount Pleasant.

Of course, when it comes to growth, one only has to look at Hootsuite for an example of a company that made it big. Hootsuite celebrated its 10-year anniversary in 2018, and they have a lot to be proud of. The social media management platform now employs more than 1,000 people across 14 international offices. It also has over 17 million users, including clients like HBO, and the White House (although it’s doubtful a certain commander-in-chief is managing his Twitter feed through Hootsuite). 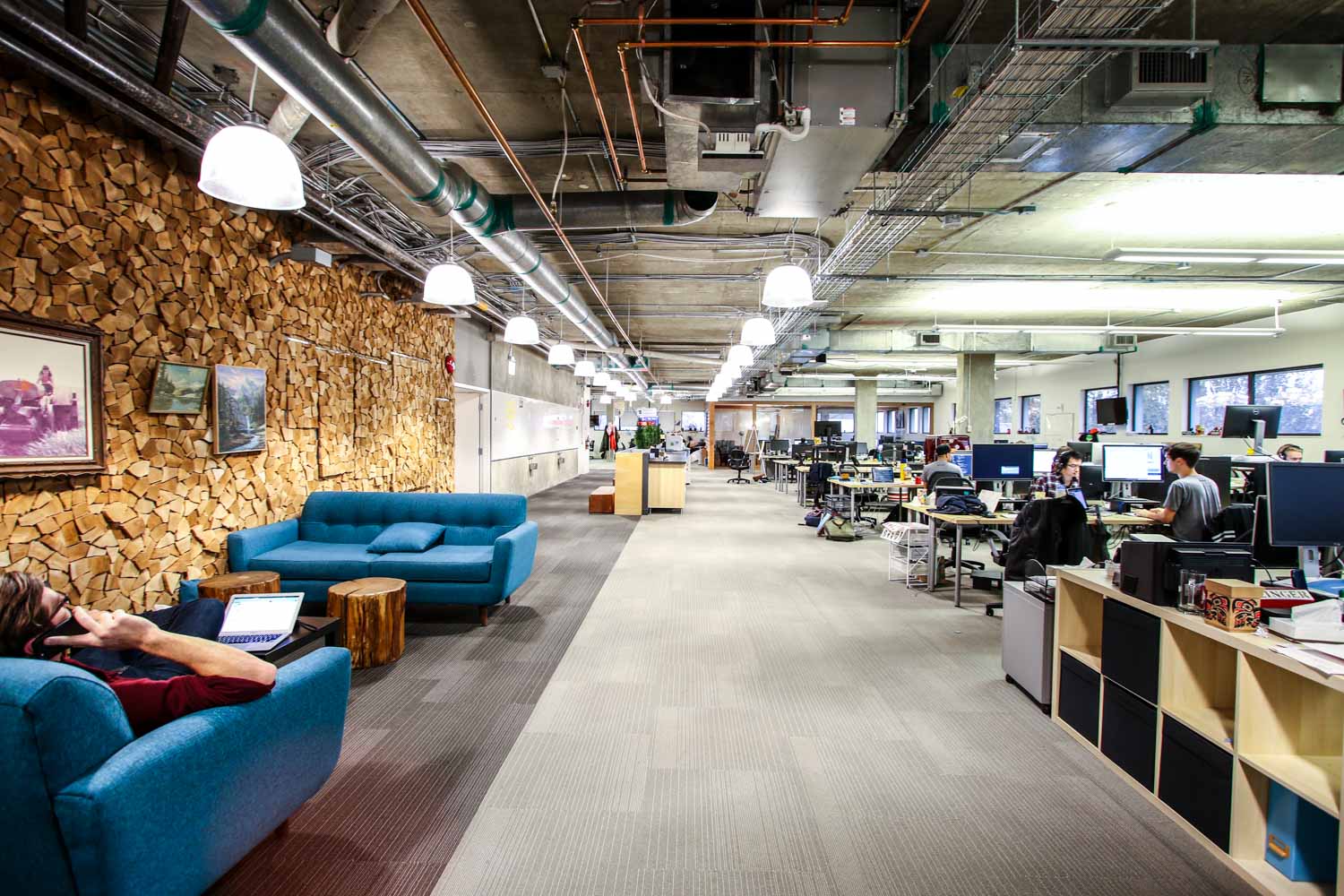 “The past decade has been an exceptional ride,” said Ryan Holmes, Hootsuite’s Founder and CEO. “We’ve been fueled by our customers and their success, and we can’t wait to invent the future of social with our customers over the next decade.”

The Tech Ecosystem Continues to Grow

Vancouver is now the 15th largest startup ecosystem in the world, with the province as a whole getting its first “A” grade in KPMG’s 2018 British Columbia Technology Report Card.

“The story of British Columbia’s tech industry continues to be a story of success and sky-high opportunity,” wrote Jill Tipping, BC Tech Association president and CEO.

In fact, the B.C. tech industry is the province’s fastest-growing sector, generating more than $29 billion in revenue, which is a greater share of the region’s GDP than the forestry industry. The amazing thing is that there is still lots of room for Vancouver to grow. In the 2018 tech-talent scorecard from CBRE group, Vancouver came 25th for job growth — well below Montreal, Ottawa, and Toronto among Canadian cities.

Still, with a thriving startup ecosystem, there’s incredible potential for the city to continue its upward trends in the years ahead.

“There’s growing recognition of the strength of the ecosystem, and an increased awareness of the strong companies that are coming out of Vancouver,” Cameron Burke, a Vancouver-based managing director within the technology industry at PwC Canada, told BetaKit.

2018 was also a big year for BrainStation Vancouver, with the launch of the city’s first full-time data science diploma program, a range of new certificate courses, and keynotes and panel discussions with some of the region’s most inspiring industry leaders.

Over the last year, our campus has turned into a unique, dynamic community hub, and like our city (and its tech sector), we’re only getting better with time.

Inspired? Find out more about our certificate courses and diploma programs in Vancouver.

BrainStation has partnered with BC Tech to help reskill British Columbia's workforce through its UX Design and Web Development bootcamps.