Even after years of rapid growth, 2018 was special for the New York tech industry.

With the holidays approaching, we decided to take a look back at the past 12 months in the Big Apple.

Here are some of the most important New York tech industry stories and developments from 2018.

Getting a Boost From the Government

Over the past year, several new municipal programs and initiatives helped maintain the momentum of the local tech ecosystem.

In January, the New York City Economic Development Corporation (NYCEDC) announced the city would provide up to $100 million to build the Applied Life Sciences Hub. Also in the biotech sphere, the city provided $17 million to help with the June launch of Johnson & Johnson’s new JLabs biotech incubator at the New York Genome Center.

In May, the city announced two new initiatives to solidify New York City as a hub for blockchain innovation: the NYC Blockchain Resource Center, intended to stand as a physical hub for the industry; and a public blockchain competition. 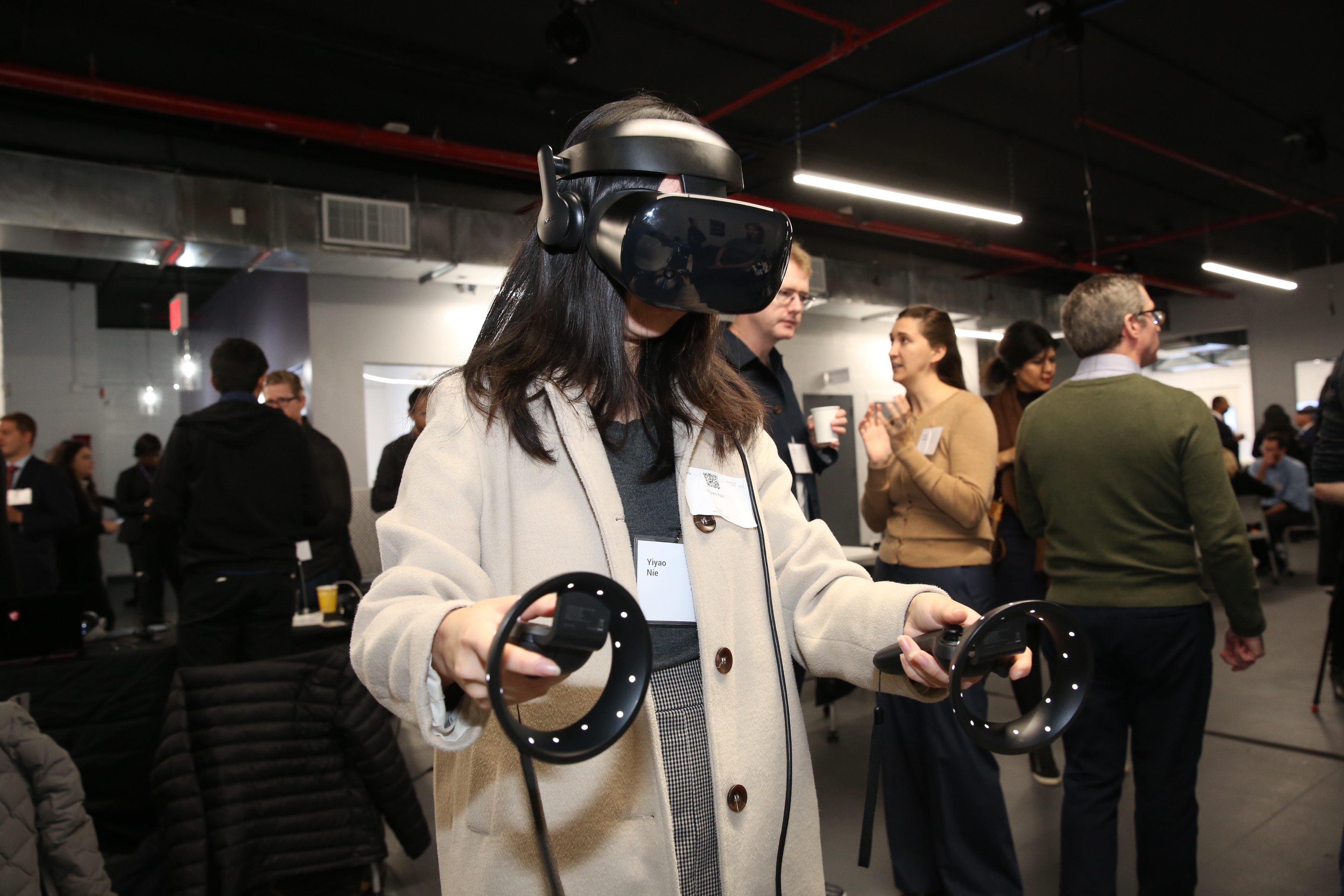 The city also sought to seize an opportunity with the October opening of RLab, the first-ever city-funded virtual and augmented reality lab in the United States. Powered by a $5.6 million investment by the NYCEDC and the Mayor’s Office of Media and Entertainment, the space was set to create 750 new jobs. Meanwhile, another tech hub in Union Square received full council approval in August.

Further, municipal officials have taken steps to bridge the diversity gap in entrepreneurship. In August, the city announced a $10 million investment as part of a new program called WE Venture, which targets investments in women-led early-stage companies.

And in October, the New York City Economic Development Corporation and Cyber NYC – the $100 million public-private investment intended to grow New York’s cybersecurity ecosystem – announced the launch of the Global Cyber Center, an innovation hub for startups and new talent pipelines to train the cyber workforce of the future. With $30 million in public funds, Cyber NYC’s goal is to catalyze 10,000 quality middle-class jobs, with a 15,000 square-foot center set to open in Chelsea and a 50,000 square-foot international cybersecurity investment hub planned for Soho.

“We’re convinced that New York City, the world capital of finance and media, will soon emerge as the new global hub for cybersecurity,” said Jerusalem Venture Partners founder and chairman Erel Margalit, whose organization will head up the Soho hub. 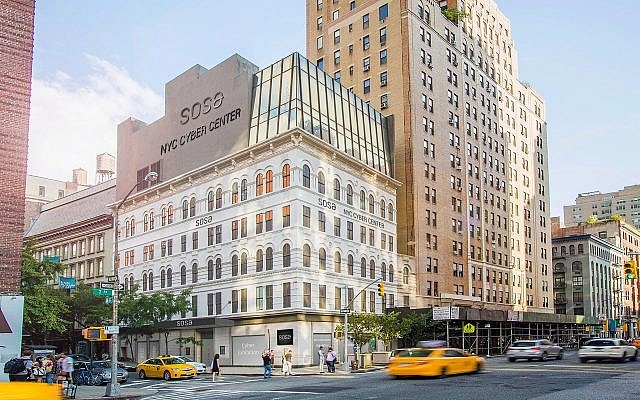 Along with initiatives including NYC Open Data and the Computer Science for All (CS4All) programs, these developments are not just seen as crucial for encouraging and sustaining investment in the local tech ecosystem, they’ve also contributed to an overall awareness of the crucial role tech will play in New York’s economy. 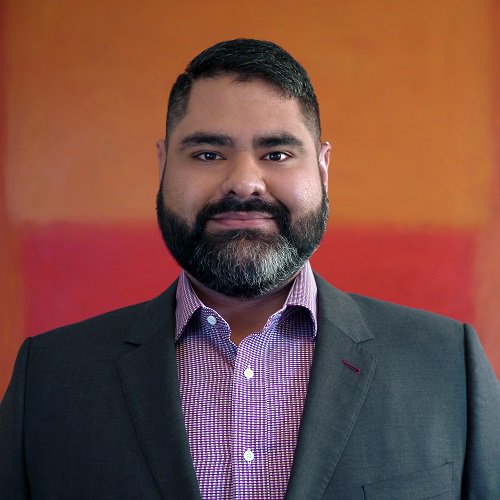 “(These) are all examples of amazing programs the city is pushing forward to facilitate conversations around tech and educate its residents so they can both use it and bring their perspectives to new development,” said NY Tech Alliance Executive Director Andy Saldana.

“It is really fostering a deep community of physical and virtual spaces for connection, collaboration, and innovation that will continue to attract everything from early-stage startups to established tech giants to this market while also increasing the workforce training and education that must happen to provide access for a city as diverse as New York.”

Across all industries, 2018 was a banner year for funding. 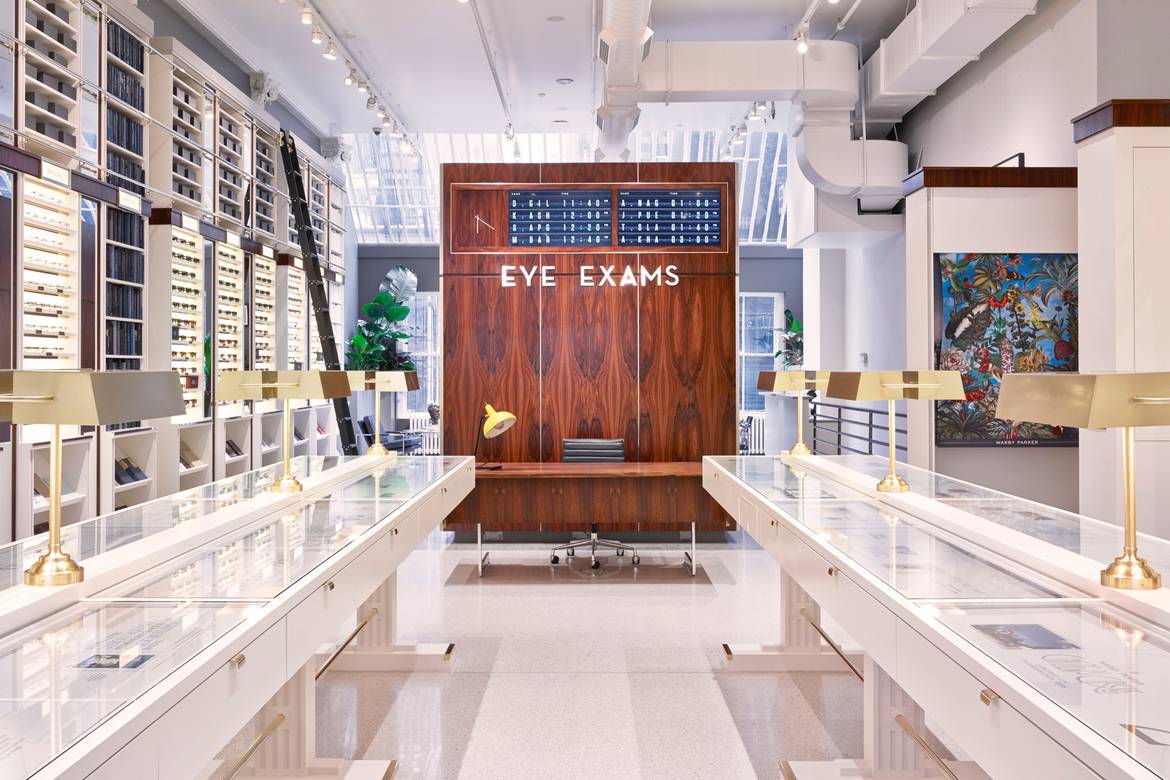 Somehow, that momentum carried over into the second quarter.

In fact, total venture capital investment in New York firms during the second quarter of the year rose 28 percent to $2.97 billion from a year prior – the second-highest quarterly figure on record – according to numbers from the NYCEDC.

During that period, Dataminr – billed as the world’s first real-time information discovery company – closed a $392 million funding round at a $1.6 billion valuation, more than twice its 2015 valuation of $680 million. Other big winners in that period included cryptocurrency application R3 and wedding planning service Zola, both of which scored deals above $100 million. 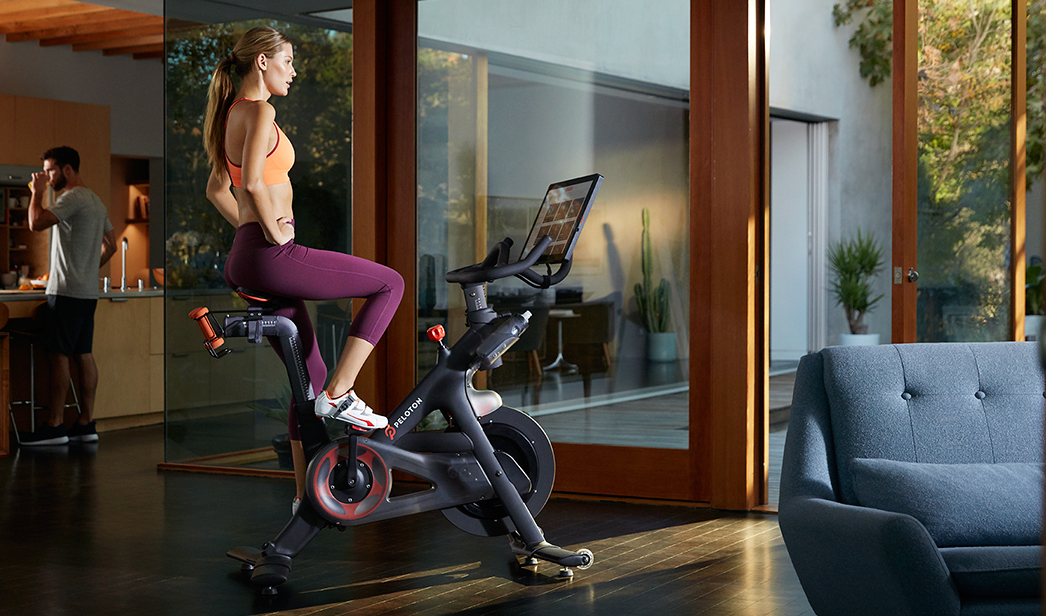 The money continued to flow in the third quarter. Peloton – which aims to create an indoor cycling studio experience that can be accessed from anywhere – raised $550 million to bring its total to $994.7 million in equity funding ahead of an expected 2019 IPO, second-hand shopping app Letgo raised $500 million Series E, real-estate platform Compass brought in $400 million Series F, and commerce company Boxed brought in $111 million Series D.

Even as the momentum slowed slightly toward the end of the year, New York companies found a reason to celebrate. Customer engagement platform Braze raised $80 million in October, more than doubling its valuation to $850 million, while plus-sized clothing and accessories brand Dia&Co raised $40 million in Series C funding.

NYCEDC’s report found that artificial intelligence, cryptocurrency and wedding planning venture firms were most in-demand among VC investors, but it seemed many other industries found significant momentum as well.

The year started off with a bang when the digital health analytics startup Flatiron Health was acquired by Roche for $1.9 billion – the largest tech acquisition in New York’s history.

That set the table for a number of major IPOs. 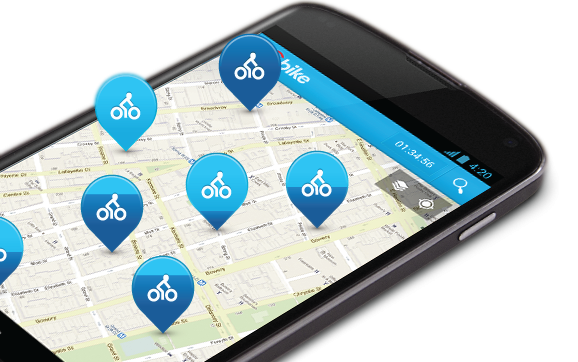 There were also two major acquisitions of New York-based public bicycle and electric bicycle sharing platforms. In April, JUMP Bikes was acquired by Uber for a reported $200 million, and just months later Motivate, the company behind Citi Bike, was scooped up by Lyft for a rumored $250 million.

Amid all this activity, several tech giants broadened their footprints in New York City.

Facebook expanded its presence at 770 Broadway in Noho, securing an additional 78,000 square feet, before claiming another 370,000 square feet in May after J. Crew relocated. The social media company’s total footprint is now up to nearly 900,000 square feet.

Instagram also unveiled an appropriately picturesque new office at 770 Broadway, an 80,000-square foot space that now houses 350 employees – up from a mere three in 2015. 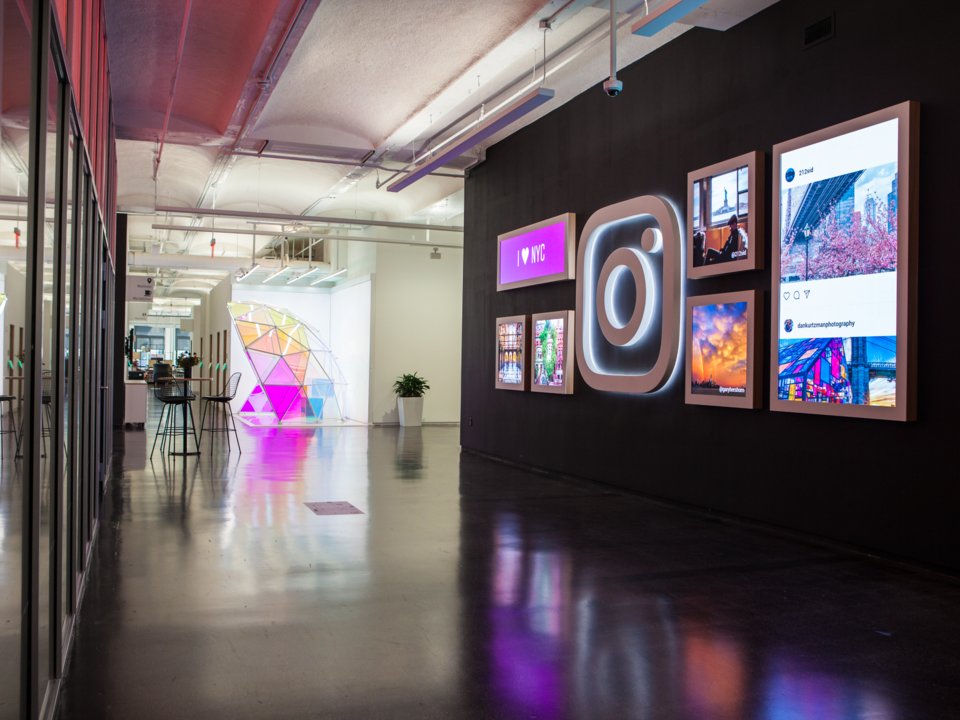 Meanwhile, JPMorgan advanced plans to build a new 2.5 million-square-foot headquarters at 270 Park. The building of the new skyscraper is tied directly to the multinational investment bank’s tech ambitions – the firm recently told Business Insider that it has a $10.8 billion tech budget and 50,000 technologists on its payroll.

And then, of course, there was the real-estate news that no one missed: a year after signing a lease for a 359,000 square-foot office at 5 Manhattan West, Amazon announced that Queens would be the home of the e-commerce giant’s HQ2. 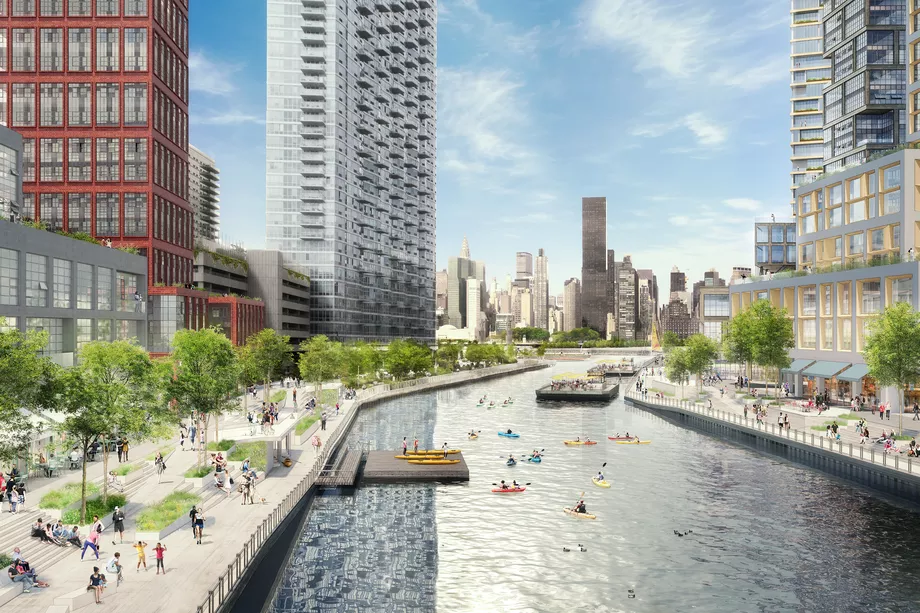 Even beyond that splashy announcement, New York was at a record pace for new office development. According to Cushman & Wakefield, 12.6 million square feet of new office construction is due to hit the market over 2018 and ’19, which represents the most of any two-year period since 1985-86.

Despite the speed at which New York’s tech scene continued to grow in 2018, few are concerned about the Big Apple’s capacity to continue that momentum.

In fact, Saldana points out that technology has become increasingly woven into New York’s identity.

“The maturation of tech is really opening up conversations about how technology can impact a city the size of New York and empower its citizens no matter their industry or walk-of-life. Increased conversations around diversity, impact, access to technologies like AI, machine learning, data security, blockchain, and smart cities are really fueling innovation and making it easier for each citizen to get involved in technology,” Saldana said.

“The city’s diversity in culture and industry makes it such a rich environment for starting and growing business,” he added. “We are not building technology for the sake of technology, we are building products and services here in New York that are intended to help and support the crazy, diverse city we live in.

“New York’s strong sense of community and its ‘don’t waste my time’ attitude really work together to spark innovation.”