Why New York is Poised to Surpass Silicon Valley

BrainStation has now been part of the New York tech community for the last three years, and in that time, people have begun to talk about the city as a competitor to Silicon Valley.

Far fetched? Not when you take a closer look.

Here are some reasons why New York may be poised to surpass Silicon Valley.

A Real Startup Ecosystem Has Been Established

“One can now start a company in New York City, and find top venture capital firms and a thriving tech ecosystem for the first time. New York’s tech ecosystem is now built to last,” Sam Hamadeh, the Founder and CEO of PrivCo and Co-Founder of VAULT.com, said at the time.

He wasn’t wrong. According to the 2018 Global Startup Ecosystems Report, New York City is now home to over 7,000 startups, and the breakneck entrepreneurial pace of 2012 – spurred on by the acquisitions of DoubleClick (by Google), Tumblr (by Yahoo) and Jet.com (by Wal-Mart) – has been matched by a similar increase in venture capital.

In 2012, New York startups raised $2.6 billion, an amount that was quadrupled in 2017, when startups in the city received $11.5 billion in venture capital. All told, the New York startup ecosystem is now valued at an estimated $71 billion, making it the third most valuable ecosystem in the world.

And while New York has not yet produced a tech giant on the scale of an Amazon, it has been bolstered by a stream of successful IPOs, including Etsy and Blue Apron. There’s also reason to believe that the nature of its leading companies bodes well for the local tech scene’s continued growth. 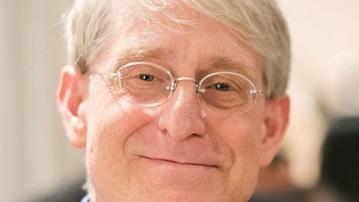 “The first wave of tech innovation was basically building the infrastructure – getting the plumbing of the internet in place,” says Erik Grimmelmann, President of the NY Tech Alliance. That, he says, would be your Googles, Facebooks, and Amazons, who developed and now dominate new industries. The wave of tech startups in New York, however, are most often applying technology to disrupt long-standing industries and businesses.

“It’s about reaching out to consumers and letting them interact with businesses in a different way, and applying technology to different industries,” Grimmelmann says.

A good example is Ribbon, which had the largest funding round of New York-based startups in 2018 ($225 million in a combination of debt and Series A equity financing). In simplest terms, Ribbon helps people buy homes, using data analysis to predict a buyer’s mortgage eligibility, paying for houses, and then giving people time to find the financing they need.

“We’re introducing the first ever platform that allows buyers, sellers, and realtors to participate together to guarantee a home transaction,” said Shaival Shah, Founder and CEO of Ribbon. “Buyers can now compete effectively on the open market against institutional investors, Wall Street capital and very wealthy individuals.”

New York’s rise as an east coast rival to Silicon Valley is perhaps best evident in the city’s current role as a second base for some of the largest tech companies.

In 2006, Google set up shop in Chelsea, and now has “thousands of employees,” in the city, notes Grimmelmann. Five years after that launch, Facebook announced it was opening its first engineering office outside the West Coast in New York to tap into the area’s “remarkable technical talent.”

Giants like Uber and Twitter have offices in the city too, and despite Amazon dropping Long Island City as “half” of the company’s HQ2, the company did sign leases for more than 400,000 square feet of office space there in 2017 alone.

“Advertising is done in New York, so it’s a natural fit for businesses to set up second shop here,” says Grimmelmann.

There has, however, been a change in the way these companies are expanding into New York.

“Today they house the computer engineers developing the Google cloud and applying artificial intelligence at Facebook in building after building.”

“Boom” might be the only way to describe what is happening to the New York tech industry.

“It is the third-largest portion of the New York economy now, and the fastest growing,” Grimmelmann says, adding that New York has added more than 76,000 technology jobs over the last decade (with 14,350 new software engineering jobs, according to data from Emsi).

There are now more than 7,500 New York–based tech companies based in the city, fueled by nearly $40 billion of investment in the past five years alone. These companies take up nearly 17 million square feet of Manhattan office space and employ more than 120,000 people — a whopping 60 percent more than a decade ago.

As mentioned above, some of those companies are headquartered elsewhere. But the sector’s explosive growth is really being underpinned by its local tech scene, which is a good sign for the future.

According to Built in NYC, the city’s 100 biggest local tech companies — including Etsy, Oath, Shutterstock, and BuzzFeed — currently employ more than 38,000 people, and 80 percent of them planned to expand in 2018. As these companies grow, the city is giving “established tech destinations a run for their money,” Grimmelmann says.

The Government is Supporting the Industry

In 2017, Mayor Bill de Blasio announced the New York Works plan, a series of 25 initiatives that the city hopes will create 100,000 jobs in emerging fields, including cybersecurity (30,000 jobs), life sciences and healthcare (15,000 jobs), among others.

“These are the fast-growing, high-paying industries that represent the future of our city, but only if we invest now in the places, the workforce and the infrastructure to compete,” de Blasio said.

The plan intends to establish New York as the global hub for cybersecurity, with the city investing $30 million in training, academic R&D labs, and the first business ‘accelerator’ dedicated to early-stage cybersecurity firms.

The city has also maintained the “We are Made in NY” campaign first launched by Mayor Bloomberg in 2013. The campaign’s website provides access to subsidized office space, funding through NYC Seed, training grants, and opportunities to bid on government contracts. Tech entrepreneurs can also benefit from a wealth of guidance resources for founders of new companies, including Oceans, a mentorship program led by former tech executives.

“We must equip our children with the tools and resources to level the playing field and help ensure every New York student, regardless of their gender, race or zip code, can succeed,” Governor Cuomo said.

“With the nation’s largest commitment to computer science education, we will ensure New York’s students receive the education and training they need to join the workforce of the future and help continue to move New York forward,” he said.

There’s Only One New York

“The old saying goes, ‘If you can make it here, you can make it anywhere’ — and that’s definitely true for the nightlife community,” says Benjamin Silbert, the Founder and CEO of Bar & Club Stats, a scanner app that creates data sets wherever IDs are checked. 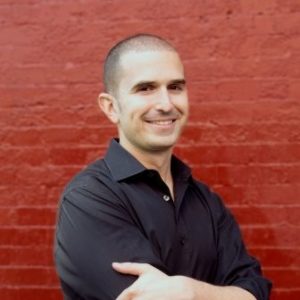 “We have a ton of users here in New York and people say, if it’s good enough for this 15,000-person bar in New York City, then it’s good enough for me,” he says, which speaks to the city’s position as the country’s (and arguably the world’s) center of commerce, with large finance, media, healthcare, publishing, and advertising sectors. If your startup can get a leg up here, it can create a perception of credibility. And unsurprisingly, the city’s economic might provides an unmatched opportunity for networking and partnerships.

“If you’re in fashion, if you’re in the financial services, or you need access to financial services partners or any industry that happens to thrive in New York, then you want to be here, because it’s a 10-minute ride to anyone you would ever want to meet, and you could set up a meeting that morning and meet them that afternoon,” Shan-Lyn Ma, the Founder and CEO of Zola, recently told the Verge.

When you factor in the added diversity of the local workforce, you’re suddenly talking about a real advantage over Silicon Valley, which has been criticized for its insularity, and one-industry nature.

“It’s a just much more diverse city, in every sense of the word,” Grimmelmann says, adding that this will play a leading role in the development and recruitment of tech talent. A survey by Accenture and Tech:NYC backed this up, finding that 74 percent of respondents believe that New York’s diversity of industry will enable tech companies to attract top talent.

And in the end, recruitment can only be helped by the romance and allure of New York itself.

As Chad Dickerson, the then-CEO of Etsy told CNBC in 2013: “It doesn’t feel as much like New York is trying to be something. New York is something.”