Data science is “inherently multidisciplinary,” as John Foreman, MailChimp’s Vice President of Product Management, once said, explaining why Data Scientists were “kind of like the new Renaissance folks.” The field draws on elements of computer science, statistics, and mathematics; a unique blend that is not typically covered in university degree programs.

This is one of the reasons why data science training, courses, and diploma programs are increasing in popularity, helping professionals master the skills they need to meet the demands of this rising field.

And when it comes to transitioning into a career in data, one group of professionals may be in better position than most: Developers.

They’re Got a Background in Data Curation

Data Science typically covers two broad areas: data analytics and data curation. Analytics deals with analyzing and extracting relevant insights and knowledge from data. This is the activity that people most often associate with data scientists: crunching numbers and producing actionable insights and predictive models. But there is another side to data science: figuring out how to collect, manage, preserve, document, transform, alter, and access the data effectively and efficiently in order for analytics to be possible. In academia, these activities are often referred to as data curation. 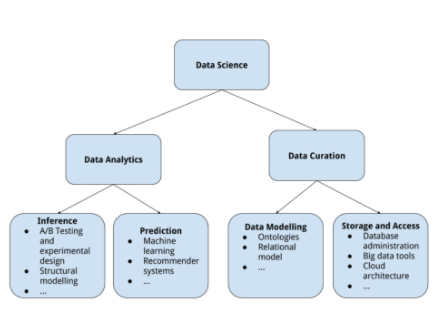 These specialists would need to have a strong understanding of the following aspects:

While the specific technologies are constantly changing and fluctuating in popularity and relevance, the core concepts and ideas remain more constant.

Successful Data Scientists have to have a knowledge of programming languages, including R, Python (53% of data scientists “speak” R and/or Python), SQL, and Java, among others.

This gives developers an obvious advantage over other professionals looking to make the switch into data – even if they’re not familiar with these languages. Put simply, a good developer or programmer will learn languages as the need arises, which means they are constantly learning new tools, languages, frameworks, and theories.

This emphasis on continuous learning is ideal for the still nascent data science field, which is growing and changing rapidly. After all, when starting a career in data science (and data analytics), one of the first steps is often learning how to build a predictive model using machine learning. Models have to be trained, tested, tuned, validated, and deployed, and Data Scientists should understand each step in this process.

They Know How to Program

The challenge for Data Scientists in the future will not be in building the aforementioned predictive models, but in integrating these kinds of data toolkits into an organization’s production stack. And, apart from an affinity for numbers, that takes computer science knowledge and programming experience over anything else.

In other words, advantage developers.

If you’re looking to make the jump to data science, check out BrainStation’s Data Science courses and programs.

Look through some of our favorite Data Science graduate projects.