4 Major Industries Are Being Revolutionized by Machine Learning

As we’ve discussed, AI and machine learning are poised to change pretty much everything about the way we work and live.

But while self-driving cars or autonomous drones nab the most headlines, AI and machine learning are already having a transformative effect in a range of disciplines that you might not expect. Here are some of the ways machine learning and AI have revolutionized four traditional industries.

Though we’re still more than a few years away from trading our M.D.s for robots, the rate at which the medical industry has been transformed by robotics is staggering. And considering that the World Health Organization has estimated a global shortfall of 4.3 million doctors and nurses, these advances couldn’t come at a better time.

The major turning point occurred in 2000 when the U.S. Food and Drug Administration approved robotic surgery with the da Vinci Surgical System from Intuitive Surgical Inc. The system positions surgeons behind a console and translates their hand movements in real time. The tiny instruments have a greater range of motion than the human hand, and da Vinci’s vision system delivers high-definition, 3D views of the area.

The system is intended for minimally invasive surgery, and it’s only growing more popular. The annual number of da Vinci procedures performed exceeded 1 million for the first time in 2018, increasing by 18 percent over the year prior, and the $3.724 billion in revenue generated by the company was a 19 percent increase over 2017. The company also shipped 926 da Vinci Surgical Systems over the year, compared with 684 the year before.

Meanwhile, advanced mind-controlled robotic limbs are poised to revolutionize the field of prosthetics, robotic exoskeletons are an emerging tool in rehabilitating spinal-cord injuries, and flexible robotic endoscopy allows doctors greater efficiency and control, as well as a more pleasant experience for patients. And robotic health aides will become only more prevalent as the population ages.

Predictive models helping to identify future health threats are also already helping us get healthier. A group of researchers in the U.S. and China recently announced that they built a system that automatically diagnoses common childhood maladies with a high degree of accuracy. In fact, the system was sometimes more accurate than a human doctor; the system was 87 percent accurate in diagnosing gastrointestinal disease (compared to 82 to 90 percent for human doctors) and more than 90 percent accurate diagnosing asthma (where physicians’ accuracy in the study ranged from 80 to 94 percent).

Indeed, several studies have shown how robots can outperform humans. A 2017 study from the Massachusetts General Hospital and MIT showed that an AI system was equal or better than radiologists at analyzing mammograms to detect high-risk cancer lesions that require surgery. Similarly, a study by Google showed that computers are similar to ophthalmologists when it comes to probing retinal images of diabetics.

The most promising part of this? Those in the field say we’re just getting started.

“Healthcare is only starting on its AI journey,” said Florian Quarre of Ciox Health. “Computer vision against X-rays shows promises to help pinpoint diseases; natural language processing (NLP) shows promises in drug safety; (machine learning) shows promise to find patterns within a population. Once we reach a point of true information interoperability, supporting the secure exchange of health data, all these promises will join forces to become breakthroughs for the patients.”

One of the most vexing tasks in the hospitality industry used to be revenue management or the process by which a hotel maximizes its revenue by determining the ideal balance between room rate and occupancy.

Now, hotels have access to revenue management systems that leverage machine learning and AI to automatically sift through huge amounts of data to determine the optimal room rate in real-time based on factors including seasonal trends, competitors’ prices, and overall demand. 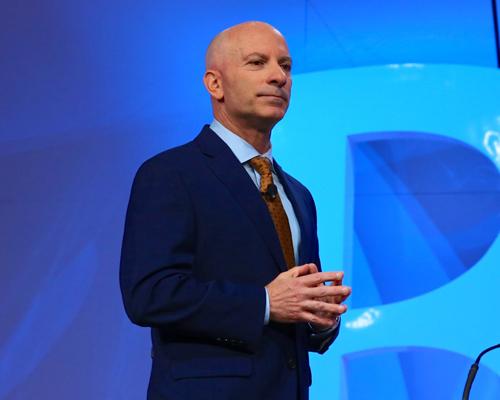 “We are sometimes slow to react. Even if you have a full-time Revenue Manager there is a lag time between when you look at data and when you can use it,” said Ron Pohl, SVP and COO at Best Western Hotels & Resorts. “We addressed that to some extent with our ‘Autopilot’ feature, which gives the system some authority to make rate adjustments and we’ve seen some phenomenal results just with that.”

As one example, Starwood Hotels invested $50 million in its Revenue Optimizing System in 2014. Executives reported that the system helped the chain improve demand forecasting by 20 percent. The success of the system was cited as a factor in Starwood’s $13.3 billion merger with Marriott.

“[ROS] was certainly an ingredient in the mix that made Starwood attractive,” said Atmosphere Research Group analyst Henry Harteveldt. “All of the larger brands are exploring ways to improve their revenue optimization.”

Recommendation engines are another area where machine learning can bear a significant impact on the hospitality industry. While online companies including Expedia and TripAdvisor have been using them for years, machine learning has unlocked the power of more sophisticated recommendations based on a customer’s past history as well as the preferences of other customers with similar profiles.

Further, many hotels are leaning on AI for customer service. Edwardian Hotels London launched a new AI-powered “virtual host” named Edward at its Radisson Blu locations to allow guests to request amenities, get information on local sights, and even express complaints with a text message, which the chatbot would respond to in seconds. “Edward” is hardly alone – Hilton launched “Connie,” a chatbot powered by IBM Watson, in 2016, while the Cosmopolitan in Las Vegas named its helpful chatbot Rose. Even beyond the hospitality industry, it was predicted that chatbots will power 85 percent of all customer service interactions by 2020.

Although we’re sure lawyers would object to the notion that they could be replaced by an AI, there’s no doubt that the legal profession is already being profoundly changed by machine learning and artificial intelligence. In fact, Deloitte predicts that 100,000 legal roles will be automated by 2036.

ROSS Intelligence offers an AI system that uses natural language processing to deliver a complete collection of relevant U.S. law and boasts that it’s easier to use than any other research platform. Further, there are several software companies that created AI tools to review contracts and flag potential risks or issues, including Kira Systems, LawGeex, and DFIN Solutions’ eBrevia.

In these cases, machine learning and AI are being used to liberate law professionals from mundane and time-consuming tasks, allowing them more time to focus on higher-level tasks. One study by LawGeex pitted its machine-learning AI against 20 veteran human lawyers to review five non-disclosure agreements for risks and found that its AI achieved an average accuracy level of 94 percent, compared to 85 percent for the humans.

And the time savings can indeed be significant. The law firm Allen & Overy used AI to automatically draft contracts used by investment managers and traders in derivative markets. The firm reported that their system, called MarginMatrix, was significantly faster than a human lawyer. In fact, the firm said that MarginMatrix could complete a document in three minutes that would take a human three lawyer hours. To put that in perspective, the time required to manually handle the 10,000 contracts on average that any major bank holds could be reduced from over 15 years in lawyer hours to just 12 weeks.

Machine learning and AI are also being used to help potential legal clients. Wevorce promises to help divorcing married couples handle their split in less time for less money with its AI-powered system, which allows couples to define their optimal outcomes before the machine then walks them through all the important decisions they have to make (real legal experts are also available to help).

Meanwhile, the DoNotPay app markets itself as the world’s first robot lawyer, helping users appeal parking and traffic tickets, complete paperwork automatically, and generate demand letters, court filings, and even a script to read in court.

Finally, there’s also significant interest across the industry in using machine learning to predict legal outcomes. Blue J Legal relies on a database of 10,000-plus cases and touts a 90-percent accuracy rate on average in predicting case outcomes.

And U.K. researchers are even experimenting with an AI that could theoretically replace a judge.  In a trial run of 584 cases, their algorithm came to the same conclusion as the human judge 79 percent of the time.

It seems appropriate that AI and machine learning are changing how humans learn, too.

Artificial intelligence in the U.S. education sector is expected to grow by 47.5 percent from 2017-2021, and while few want or expect to see robots replace human teachers, the potential remains for AI and machine learning to enhance all elements of the educational system.

The goal of intelligent tutoring systems, though the platforms vary greatly, is to help students gain practice in targeted subject areas or areas of weakness and to obtain a deeper knowledge of what they’re learning; or, in other words, to personalize the educational experience. And studies indeed show that AI-powered intelligent tutoring systems outperform traditional classrooms.

Personalization is also a key goal of learning management systems – such as BrainStation’s Synapse – which gather data and key insights on the educational process and can deliver responsive feedback, providing a deeper learning experience.

Researchers at Princeton University are even planning an experiment where students are scanned in an MRI machine while they watch lectures to gain more data on how they learn, one of many initiatives the school is exploring to tailor their teaching to their students.

“We can also apply machine learning to the neuroscience data we collect, or even to more mundane things such as logs of how many times students rewatch a portion of a video lecture or where they stumble or where they slow the lecture down to watch it more closely. Machine learning can help us get a better sense of exactly where they’re struggling or where the material hasn’t been explained well,” said Princeton’s head of computer science, Jennifer Rexford.

Other innovative new tools are emerging or seem just around the corner. Researchers have reported encouraging progress with essay-grading software, while Content Technologies, Inc.’s Palitt enables educators to assemble custom textbooks or lecture series. Predictive models could also help educational institutions identify students at risk of failing or dropping out, and in Thailand AI is being used to help high-school students decide which university majors might be a good fit.

Taken together, a report from Pearson and the University College London concluded that these tools will revolutionize education and improve life for students and teachers alike.

“We look towards a future when extraordinary AI (education) tools will support teachers in meeting the needs of all learners,” the report read. “Drawing on the power of both human and artificial intelligence, we will lessen achievement gaps, address teacher retention and development, and equip parents to better support their children’s (and their own) learning.”

Data Certificates You Can Earn From Home

Want to learn new data skills while home? We've rounded up five of the best data certificates that you can earn without leaving the house.

What Jobs Will Be Most Affected by Automation?

See how these roles have evolved and how employees can future-proof their careers to match the pace of technology.

Mosope knew he needed additional tech skills to transofmr his career into UX. Learn about his projcect HealthWise and his decision to take a UX Course.