Although women now make up half the workforce in the United States, it’s a well-known fact that the tech industry is dominated by men. According to Adeva, women hold about 25 percent of tech roles and that number drops even lower when looking at the number of women working in leadership roles.

To help inspire the next generation of tech leaders and innovators, we’re featuring five women who are leading the way in the UX design industry for International Women’s Day. 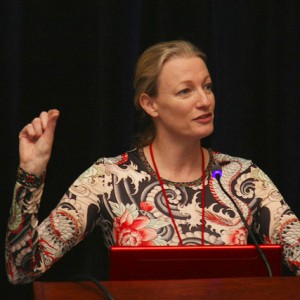 There’s no denying Churchill is a female leader in UX design. With more than 20 years of experience, this Google exec has seen the industry come a long way and she’s not afraid to call out the idea that emotions are a female-only trait as “of course, nonsense.”

“Acknowledging emotional intelligence and emotionality as being fundamentally human means both men and women benefit in the long run,” said Churchill in an interview with UX Collective.

In addition to her role as the Director of UX for Google’s Material Design (where she has five female and five male reports on her team), Churchill has also worked at tech giants including Yahoo!, Fuji Xerox, and eBay. Plus, she’s had a long academic career, written books about the design field, and is the current Secretary/Treasurer of the Association for Computing Machinery, the world’s largest scientific and educational computing society.

When Manchester-based Lizzie Kelly-Dyson and Georgie Bottomley wanted to meet more women in the UX design industry, they decided to do something about it.

“We started Ladies That UX because we didn’t know any women in the industry. Around eight people turned up for our first meeting, which was amazing because that’s eight people that we’ve never met before,” said Kelly-Dyson on a podcast called Twelve Scholars.

News of the UX meetup quickly spread and today there are more than 30 Ladies That UX groups in cities across Asia, Europe, Latin America, and North America. There’s no set format for a meeting, but each Ladies That UX group has a common theme: a community of women in UX who support each other, push the UX boundaries, and promote female skill and talent.

“I hope that every woman has the chance to achieve more through knowing she is not the only one out there, and by finding support in our community,” said Bottomley about the networking community. 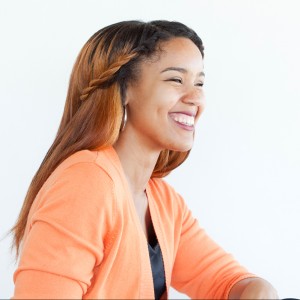 Despite growing up with parents who worked in the industry and learning how to code at a young age, Gaddis didn’t see herself working in tech. It wasn’t until she pursued worked on a digital storytelling project in journalism school that she started to consider a career in the tech industry.

Soon after, Gaddis landed a product design role at Netflix and now works as a Product Designer at Twitter. In an interview for Adobe’s XD Idea blog, she spoke about some of the challenges of being a black woman in UX design, including a lack of awareness that UX jobs exist.

“I’m passionate about giving young women all of the opportunities, all of the knowledge, and all of the information to make more informed decisions about their roles. Even if no one goes into design that’s a black woman ever again, I want women to be able to make those decisions for themselves and know that there is stuff out there for them that maybe they wouldn’t account for, or they wouldn’t even strive to,” said Gaddis. 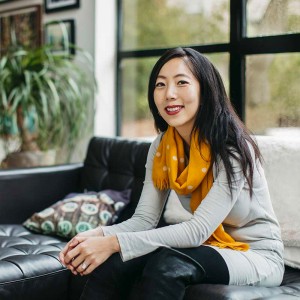 If you’ve used Facebook in the past ten years there’s a good chance Julie Zhou played a role in your experience. Zhou is Chinese-American woman who started as an intern at Facebook and, over 14 years, moved her way up to the Vice President of Product Design position. She has since left Facebook and turned her attention to the publishing and public speaking world.

Despite achieving success at a young age, Zhou was not immune from a common experience many women in the tech industry face: the imposter syndrome.

“Experience makes anything look easy, but insecurities never fully disappear. This is true for everyone, especially true for women, and truer still for women in male-dominated fields,” said Zhou on Medium.

Zhou faced those feelings head-on in her much-loved book released last year, The Making of a Manager: What to Do When Everyone Looks to You.

Check it out to find out more about Zhou’s experience of being a leader at a young age and how to unlock your confidence even when you feel like you don’t know what you’re doing.

BrainStation announces the EY Women in Technology Scholarship will continue this year to make learning opportunities accessible to women around the world.