Vancouver is a tech-industry hotbed in the midst of a heat wave, and it doesn’t look like things are going to cool down anytime soon.

In recent years, Microsoft has established a stunning new office; Amazon has promised to bring 3,000 new high-tech jobs by 2022; and Facebook is planning to establish a major new downtown office (amidst companies like Calabrio, Samsung, and BlackBird Interactive also announcing new Vancouver offices).  Add the recently announced Digital Technology Supercluster – intended to create 50,000 new jobs and $15 billion in GDP – to a tech sector that already includes companies like Slack and Hootsuite, and the city’s reputation for technical innovation seems set to increase.

Those developments, however, will also only further what has become a serious shortage of local tech talent. And few specialists are in as hot demand as User Experience (UX) Designers.

“The UX space has definitely gained the most notable increase in demand over the last two or three years out of any skillset,” said Shaun Lemmer, a partner/recruitment consultant at Benchmark Tech Recruitment with a decade-plus of experience in the Vancouver market.

“Back around 2008-12, there was a lot of focus on business intelligence, big data, and the cloud – that was the buzz during that particular time. I would say that since then, UX, along with front-end development, have really been at the forefront. We’ve seen a huge increase in demand for UX-related resources in the last three years.”

According to the 2016 TechTalentBC Report, UX Designer is one of the top 10 occupations in B.C. expected to experience the largest growth in demand over the coming years. Despite the B.C. government’s pledge to invest $4.4 million into increasing the number of STEM graduates, experts expect the talent crunch to grow only more severe.

“There has been a shortage of tech talent in Vancouver and good UX Designers are definitely hard to come by. I’m constantly on the lookout myself for UX designers and it’s definitely a tough find,” said Jane Kim, creative director and senior UX/UI Designer at the Vancouver-based FORM Athletica. “It is a good time to be a UX professional or specialist.”

It’s only recently that UX Designers have come to be so valued.

“You can ask many designers who have been working in the industry for the last decade and they would tell you that UX design wasn’t really a ‘thing’ in the past,” said Kim, who has worked with a long list of clients, including Electronic Arts, Telus Health, and WirelessWave.

“The demand has grown substantially in the last recent years.”

An Ideal Role for Career-Changers

Compared to roles that require extensive technical expertise, UX design is seen by some as a more accessible career path in tech. In fact, Lemmer says some companies are willing to consider candidates with strong creative backgrounds but little UX experience, if they show a commitment to learning.

“Employers are finally realizing they have to hire sometimes on potential, not always on experience,” Lemmer said. “If somebody has decided to come into the UX industry, if they’ve got that certification as well as enthusiasm and a defined interest, they could really succeed. I would say if there was ever a time to get into UX and make that career change, now is probably the time.”

Salaries for UX Designers Are On The Rise

With increased demand comes increased leverage for talented and creative UX designers, so it’s little surprise that salaries are surging. Indeed pegs the average salary for a UX Designer in Vancouver at $75,346 – almost $10,000 more than the national average of $66,908.

“There’s increased demand and a shortage of supply, so we are definitely seeing salaries increase,” Lemmer said.

It’s not just that the positions are more lucrative – they’re also more secure.

“Two or three years ago, most of the UX positions were ON contract,” Lemmer said. “These days, I would say that 70 to 80 percent are full-time.” 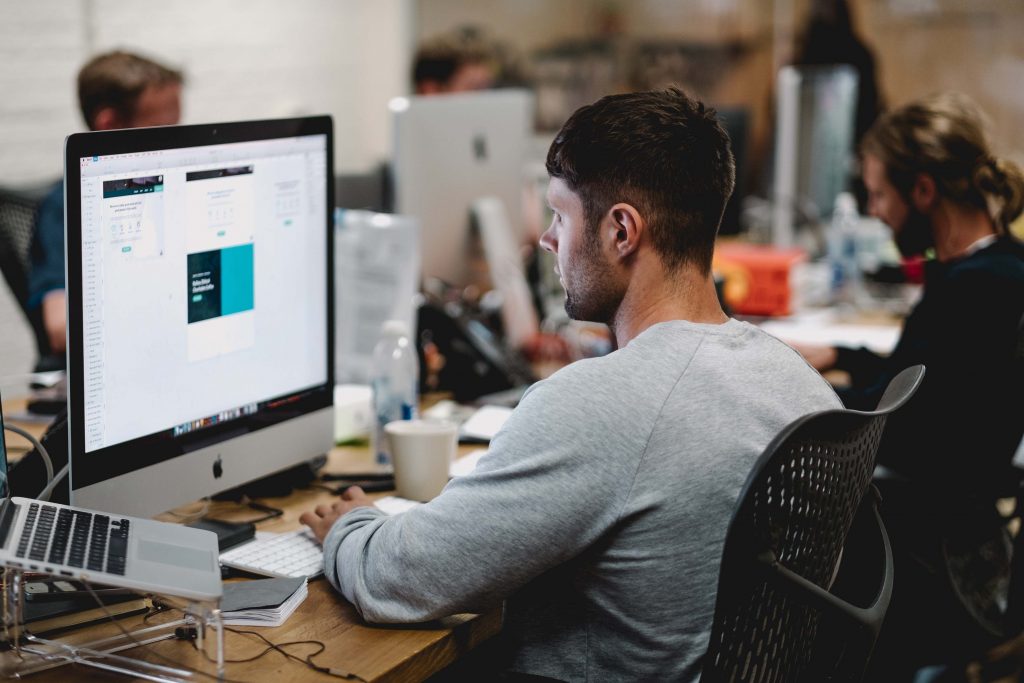 What are employers looking for? In short: creativity, resourcefulness, and a comfort and competency with emerging trends.

“UX Designers need to also know the latest trends in tech, do a lot of research, and be very creative problem-solving,” Kim said. “Naturally, they must also be able to brainstorm, wireframe, and prototype their designs.”

Continuing education is another focal point.

At Thinkific, every team member receives $500 toward educational and self-improvement resources of their own choosing, including courses, workshops, books, and conferences.

“And we’ve supported many folks through training or events at a higher cost if it means it will have a significant impact on their personal growth,” Fomenoff said.

“We see it as an investment not only in our people, but in our company itself, since the skills they learn will directly impact our success as they apply them.”

To meet this increasing demand, BrainStation offers a User Experience Design course online and at our campuses in Vancouver, Toronto, and New York, with an adaptive curriculum that covers: user research, conducting interviews and creating personas; information architecture; sketching and wireframing; and prototyping with InVision and collecting actionable feedback on your design.

For those who do pursue UX design in Vancouver, however, be prepared: you will be busy.

“I have been very fortunate in my design career to have had no shortage of work,” Kim said. “It has been quite busy and I don’t see it dying down anytime soon.”