Wattpad, Data Science, and the Future of Hollywood

Since 2006, Wattpad’s mission has been to revolutionize the way people discover and share stories. Initially, this meant providing a social storytelling platform to rival the traditional publishing model. In the last couple of years, though, Wattpad has transformed the way Hollywood (Bollywood, and beyond) does business, in the process turning itself into a global, multi-platform entertainment company.

How have they done it? By putting a focus on data.

To find out more, we spoke with Allen Lau, Wattpad’s CEO and Co-founder. 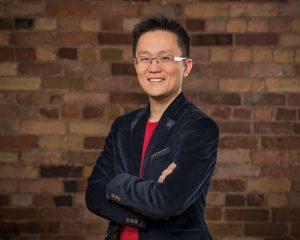 BrainStation: The Wattpad platform is incredibly popular, with more than 565 million original stories. What do you think is driving this popularity?

Lau: We’re the largest social storytelling platform in nearly every market on the planet, with more than 65 million people who share and connect over stories. We’ve accomplished that by creating a social community that is warm, welcoming, and supportive of each other’s experiences and perspectives. It’s an experience unlike anything else online.

A recent Techvibes profile looked at how Wattpad was disrupting the media and entertainment fields using a data-driven model. Can you describe that model?

Entertainment is in a period of disruption, and how people find and experience stories is evolving. Wattpad is in a unique position, as we’re leading both sides of this equation. On the one hand, we’re empowering diverse voices and storytellers all over the world, and helping them build a community of readers. At the same time, though, we are building a new model for how entertainment gets made, connecting Hollywood and publishers with data-backed insights that result in more wins.

The legacy decision-making process for publishing and entertainment has always been intuitive. We’re leading these industries to new audiences, new stories and more wins, all with data.

Everyone in entertainment is spending hundreds of millions of dollars on big bet projects. What we offer Hollywood and the publishing industry is simple: more wins and a better success rate.

We now work with most of Hollywood and major publishers all over the world, which is transforming entire industries with data-driven decision-making. 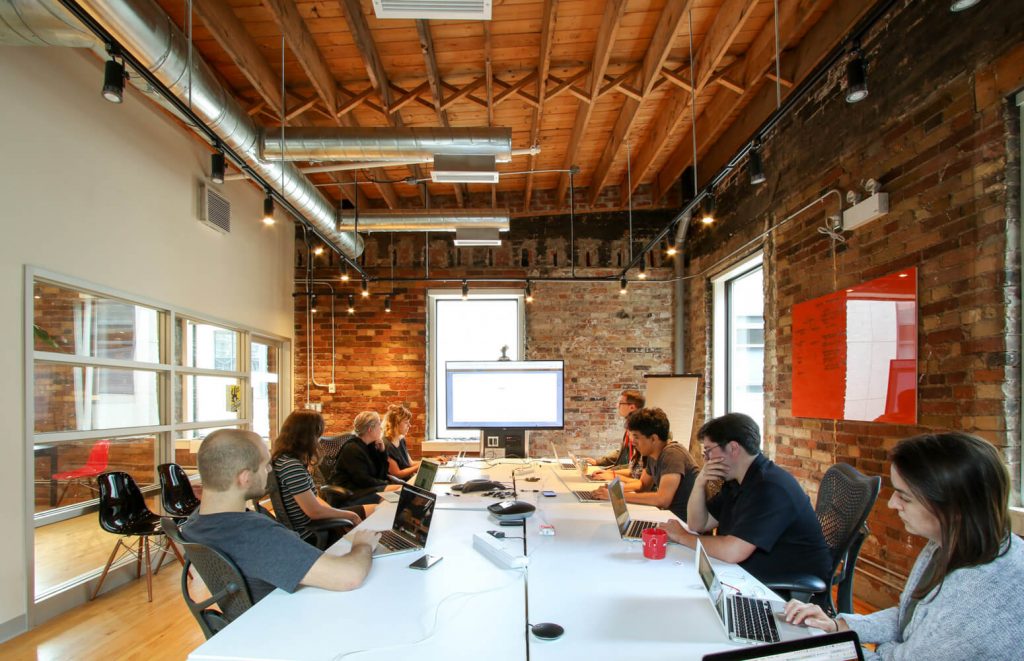 Is this data-driven model a recent change or was that always part of the company’s approach?

Data has been part of our company DNA since Day One. But in recent years we’ve made new investments and seen incredible advancements in machine learning, which has enabled us to expand in this area.

On our 10 year anniversary in 2016, we released our Master Plan, formally announcing our plans to become a global, multi-platform entertainment company. Part of that plan was to leverage machine learning to discover more great stories. Since that time we’ve done more and more work in this area, creating incredible new technology to understand stories.

Now, using machine learning, deep learning, and recurrent neural networks, our Story DNA technology allows us to better understand and discover stories among the more than 500 million uploads on Wattpad. Story DNA deconstructs stories into their elemental features, such as sentence structure, word use, and grammar employed to find the next best-seller.

We are then able to compare stories to other content on Wattpad and other public domain stories. The result is a rich and complex system that can identify a wide range of stories, styles, and genres at a scale that has never been possible in human history. 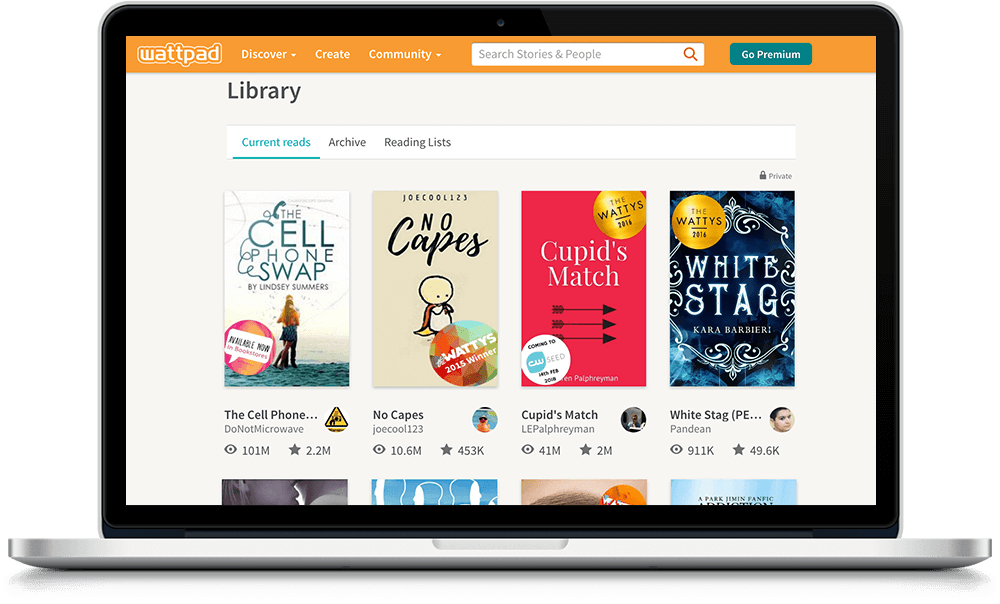 Data played a big role in The Kissing Booth, a massively successful Netflix production that started as a story on Wattpad. Can you tell us more about how Watpad helped make the movie a global hit?

Wattpad helped make The Kissing Booth a global phenomenon, twice! The story became a hit on Wattpad, leading to a book and film deal. We then worked with Netflix to market the film on Wattpad, developing a writing contest for The Kissing Booth which asking people to submit their stories of high school love. We also ran advertisements on the platform, all driving back to The Kissing Booth on Netflix.

All of this helped mobilize and activate The Kissing Booth‘s millions of fans on Wattpad, making sure they hit play on Netflix when the film launched.

The result was a cultural phenomenon, as The Kissing Booth became one of the most popular movies on the planet this summer, rivalling major summer season releases like Avengers and Star Wars. 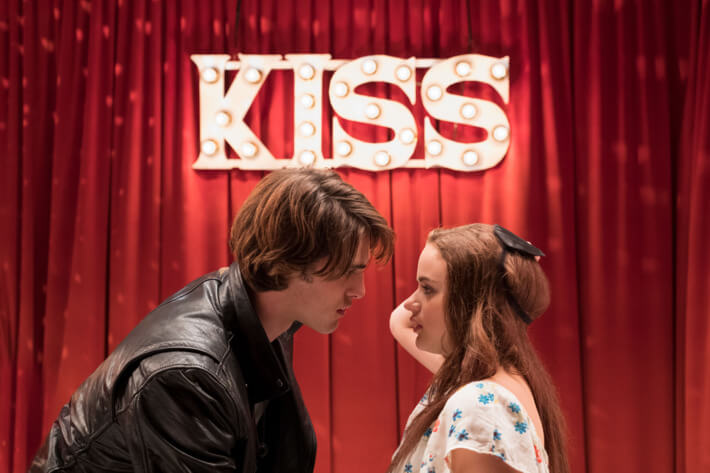 Light as a Feather, your first show for Hulu,  has just recently started streaming. Did that follow a similar developmental process?

Light as a Feather is a project born of art and science. Among the 500 million story uploads on Wattpad, our Story DNA machine learning technology helped us locate Zoe Aarsen’s sophisticated YA thriller.

The story gained a million reads in under six months, and is currently one of the top 25 most read Paranormal stories of all time on Wattpad. It was a perfect project to co-produce with our partners at AwesomenessTV for Hulu The story also landed three-book deal from Simon & Schuster, which launched the same week as the TV series.

Light as a Feather is a great example of what’s possible on Wattpad. Zoe Aarsen’s story reached millions of people on the platform, and now we’ve adapted it to new formats. This is what it means to find new voices for entertainment, and elevate them to connect with people everywhere.

It’s been written that Wattpad relies on “a billion points of data every single day.” What is the process for analyzing this data?

There are more than half a billion stories on Wattpad, and people spend more than 22 billion minutes each month on the platform. We’re able to analyze data from every part of that user journey. We look at the different ways users interact with a story, including the number of reads attached to individual stories, reading time, commenting, shares, and more. Then there is growth and velocity for each of these things, compared to both similar content and everything else.

A great example is White Stag, which has a three-book deal from Macmillan’s Wednesday Book. The story didn’t have the largest number of reads when we found it in 2016. But using our Story DNA machine learning technology we discovered that readers spent 6.5 times the amount of time reading White Stag than the average time spent reading the top 1000 fantasy works on Wattpad.

With Wattpad Studios, you’ve partnered with iflix, Bavaria Fiction in Germany, Universal Cable Productions, eOne and others. How important are partnerships like this when it comes to the future of the company?

Wattpad stories are already everywhere – nearly 1000 have been turned into TV shows, books, films and digital projects. But soon you’ll see even more Wattpad stories on screens everywhere. When you turn on the TV, go to a movie, or log in to your favourite streaming services, Wattpad’s insights could be behind the decisions that led to that project being green-lit.

Our partnerships in entertainment are part of that process. We’re going to continue to expand our global entertainment footprint around the world, working with more publishers, and TV, film and digital media studios. Our vision has always been to entertain and connect the world through stories, and we are well on our way.

Find out more about how data science can help your business, with BrainStation’s Data Science courses.