What’s Behind the Explosive Growth of Utah’s Tech Sector?

We recently wrote about the best states to open a business, but it seems that the secret about Utah’s rapidly growing tech sector is out. The Beehive State has the tech world buzzing!

According to a report released by the Kem C. Gardner Policy Institute this summer, Utah’s tech job growth is the second-fastest in the nation at 4.9 percent year over year for the past decade – which easily more than doubles the growth rate in other Utah industries and more than triples the tech growth rate in the U.S. overall. Only Washington, at 5 percent, grew faster, thanks largely to Amazon.

In fact, about one in seven Utahns are employed by the tech sector and their wages make up one-fifth of worker earnings in the state.

“In terms of total employment and wages in the private sector, no state with an economy of Utah’s size had a larger tech industry in 2018,” said Levi Pace, the lead author of the report.

Those findings align with a March report from Wells Fargo that concluded that Utah’s economy overall – fueled largely by the tech sector – is the third-fastest-growing in the U.S. over the past year with exports jumping 24 percent.

Wells Fargo’s report points to the development of new sectors like cloud computing, big data, and software development, as well as the growth of aerospace and life sciences as major drivers in the state’s rapid development.

Utah might have at one point seemed an unlikely candidate for the next big tech hub. So we took a closer look at the reasons behind the explosive growth of the Silicon Slopes tech sector.

A Robust Market for Startups, VC Funding, and Exits 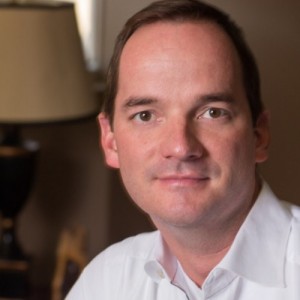 Matt Marsh – Principal of venture firm Sorenson Capital – remembers a time when Utah was pretty much a desert when it came to VC activity. It’s part of why he moved away from Salt Lake City more than 20 years ago.

“I grew up here and there wasn’t much from an entrepreneurial perspective,” he said.

Since returning to Utah in 2005, Marsh has invested in more than 15 local companies and now manages over $1 billion.

Indeed, venture capital funding has been skyrocketing over the past decade-plus.

Between 2007 and 2010, the total capital invested didn’t top $275 million in any one year, according to a study by Crunchbase. Contrast that with 2014, when Utah companies raised a historic total of more than $1 billion across 152 deals. Utah startup deals topped $1 billion a second time a year later and popped again in 2017, with plenty of growth in B2B enterprise SaaS applications, healthcare IT and other categories.

In 2018, two high-profile IPOs swung the country’s attention to Utah. Online learning company Pluralsight raised $310.5 million in its IPO at an implied valuation of around $1.97 billion in May, while cloud software company Domo raised $193 million in its June IPO.

Even more prominent was the news that enterprise software company SAP had agreed to acquire Provo-based Qualtrics for $8 billion in cash just before the survey and research software company was set to go public. That marked the second-largest ever acquisition of a SaaS company.

There was more good news in 2019, as expenses and business budgeting app Divvy raised $200 million Series C to boost its value to somewhere between $450 million and $600 million.

The days of Utah being off-the-radar of outside VC firms are certainly over.

“Today, it’s so much different. Every firm has a person or two that’s dedicated to Utah,” said Eric Rea, Co-Founder of Podium, a Lehi-based interaction management platform that raised $32 million Series A in 2017 and $60 million Series B the following year. “VCs know that Utah is on the map. There’s no question now.”

It’s not just outside VC firms fueling Utah’s growth. Locally based firms like Pelion Venture Partners and the aforementioned Sorenson Capital are playing a big role, too.

“For our sophisticated counterparts, the ‘secret’ of Utah has been out for a long time,” Sorenson Capital’s Marsh told Crunchbase News. “While we welcome the benefits of more capital providers turning attention to our state, we feel very fortunate to be positioned locally in a way that resonates in a profound and differentiated way.”

A Talented – and Young – Local Workforce

Again and again, Utah tech leaders cite the intangible strength of the local tech workforce as a major reason for doing business there.

When former Skullcandy CEO Jeremy Andrus, for instance, acquired Traeger Grills in 2014, he relocated the high-tech grill company from Portland to Salt Lake City. His reason? The people.

“As the former CEO of Skullcandy and having spent 14 years of my life here, I’ve been continually impressed by the strength of Utah’s talent pool as well as the friendliness of the business environment,” Andrus said at the time.

Not only is Utah’s workforce talented, but it’s also young. CBRE’s Tech Talent Report found that Salt Lake City was the fifth-most concentrated market for twenty-somethings, with people under 30 making up 22.7 percent of its downtown population – significantly higher than the U.S. average of 13.8 percent. 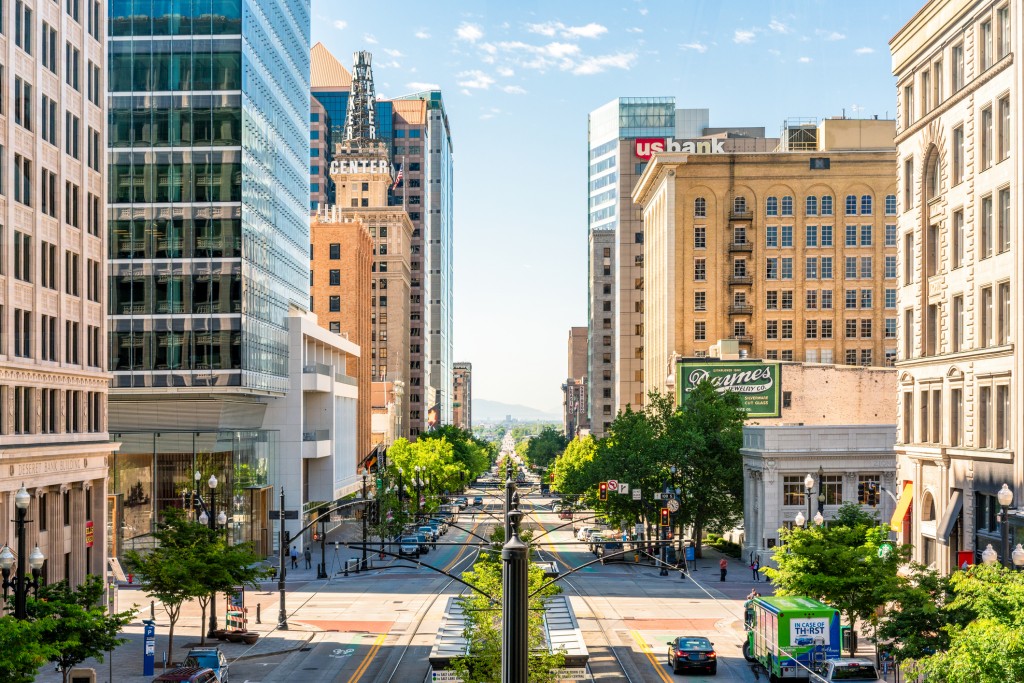 The only problem? The state’s largest tech employers – which include L3 Technologies, Adobe, Clear Link, and eBay – could soon struggle to find enough talent to meet their demand. Already, unemployment is at historic low levels in Utah.

Of course, that could also provide an opportunity for out-of-state tech workers who want to take advantage of the demand.

“That basically indicates that there are fewer and fewer people for companies to hire,” said Dougherty of Wells Fargo. “So while they may want to expand, they just don’t have the labor force to do so.

“Utah tops the list of (relocation alternatives) because you have a well-educated workforce, relative affordability (and) a growing economy which sets the stage for continued strong economic growth.”

Utah’s Governor’s Office of Economic Development offers post-performance tax rebates to companies that meet specific performance criteria. The office also has a corporate recruitment team to help local and out-of-state companies expand operations in the state, with the team focusing on companies that could be categorized under the state’s six strategic industries: aerospace and defense, energy and natural resources, financial services, life sciences, outdoor recreation, and software and information technology. 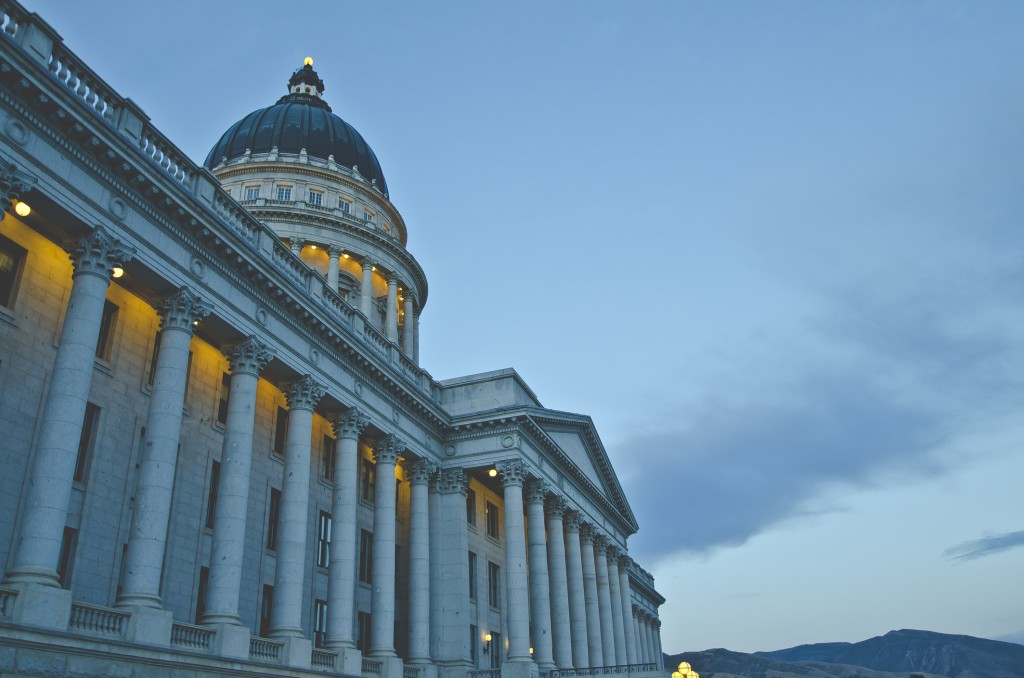 Those rebates are certainly persuasive. Carta, for instance, expanded operations in Utah after being offered a tax rebate of up to $1.15 million if it could create 464 jobs over five years, while TaskEasy was offered $807,000 to add 191 employees over five years, an incentive that company leadership said was seriously impactful.

“TaskEasy was founded in the unique entrepreneurial culture of Utah,” said Chief Operating Officer Karl Sowa. “This state investment will help us achieve our job creation goals even faster.”

It’s also worth noting the effect that non-profit organizations Silicon Slopes and the Utah Technology Council have had on building out the state’s tech ecosystem. And the annual Silicon Slopes Tech Summit has managed a breakneck rate of growth to match that of its state, and it’s now recognized globally.

There’s one area in which Utah can’t compare to the other major tech hubs in the United States – it’s simply much cheaper.

CBRE’s report found that total one-year costs for a sample tech firm in Salt Lake City amounted to an estimated $37.5 million, which places the Utah capital among the most affordable cities in the country to operate a tech firm. By contrast, a tech company could expect to pay $59.7 million in the Bay Area, $55.3 million in New York and $51.7 million in Washington, D.C.

Of course, it’s not just companies that can take advantage of lower costs.

Tech workers in Utah make, on average, $106,100 a year – 81 percent more than employees in other industries in the state. And those wages can certainly go far in a state that sits firmly in the middle of the rankings of the most affordable states in the U.S., compared to the much pricier likes of New York, D.C., and California.