Crystal Gibson is a recent graduate from Ryerson University with a Bachelor’s degree in Broadcast Journalism. She grew up as a suburbanite but is a city girl at heart – she lives in Toronto with her chihuahua, Chico. Crystal is passionate about music, fashion and social media. She interned with GlassBOX Television as a production assistant, which led to her being hired as the social media manager for both BITE TV and AUX TV. Crystal is an avid tennis player, tea drinker and nail polish hoarder. You can kick it with her online (http://crystalgibson.com) or around the city in the middle of a crazy dance party.

Let’s get this week’s instalment of 5 Questions started, shall we? 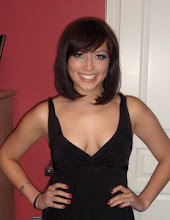 What motivates you to do what you do on a daily basis?

I’m motivated everyday because I’m doing what I absolutely love. I manage all social media for AUX TV and BITE TV; the channels have completely different demos so I’ve had to learn how to speak to both. I love that community managers are trying different things; the (corporate) social media process is still trial and error so sharing strategies and ideas with other twitterati is so valuable.

Startup tips for anyone wanting to be successful in your industry?

Toronto has such a close-knit community of awesome tech/media people and there are events organized so often with the chance of meeting interesting and awesome people; embrace them! Every time I leave an event I end up with business cards galore (and BBM barcodes); let your contemporaries be your marketing tool.

Why is Toronto a hotbed for cool tech start-ups?

Toronto has a place on the map when it comes to innovation: we see it all the time. The Metro was one of the first to integrate Foursquare into their publication, so we obviously know what’s up. There are a lot of intelligent people here doing big things in the tech world.

GlassBOX (AUX & BITE) gave me the name ‘Social Media Ninja’ awhile back and it’s because I’ve always got my digital camera, Kodak Zi8 and Blackberry 9000 (Bold). Out of those three my favourite is my Blackberry since I can tweet, Facebook, upload Flickr images, Gchat, BBM and stream Qik videos.

Twitter.com – (http://twitter.com/crystalgibson): I don’t mind that Twitter is ubiquitous; there are a lot of social media snobs who are angry about it’s growth (kind of like hipsters and indie music ha ha) but I think its brilliant.

Who would you say is one of Toronto’s social media/tech stars and why?

@ClickFlickca (Joallore Alon) – Jo’s full-time job involves no amount of social media/tech but he has a tech blog, tons of Twitter followers and the ability to organize successful Tweetups. Everywhere we go he instigates conversation making him the most sociable dude I know. If you’ve ever been #twintro’d or seen #ICE (interact, communicate, engage) it’s likely coming from him. He’s a lover of gadgets and Apple (of course). So, to me, he is the epitome of a superstar!