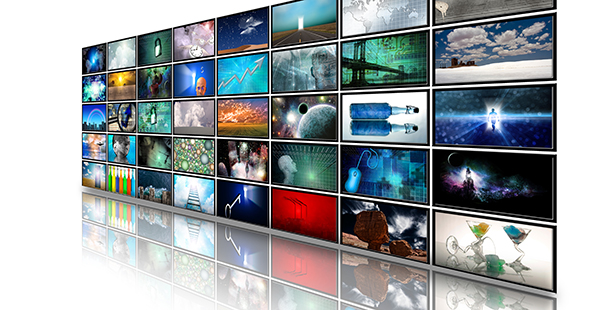 Adobe and cross-platform measurement company comScore announced a partnership to measure digital video and ad viewership at the 2016 Adobe Summit.

ComScore will work with Adobe’s TV platform Primetime to create a standardized measurement of video and ad content across devices.

“Television and film are really undergoing the most fundamental transformation since the roll- out of cable television in the late 50s to early 70s,” said Campbell Foster, Director of Product Marketing for Adobe Primetime, “Consumers are watching multi-screen, they’re watching on-demand and they’re skipping ads.”

Foster notes that these changes have made it difficult to measure the accuracy of engaged viewership—how many people are watching and how long they watch. In response to this issue, Adobe is launching Adobe Certified Metrics, standardized digital census data built on the Adobe Cloud Platform and powered by Adobe Analytics. comScore will incorporate Adobe Certified Metrics in to its Cross Media, Audience and Advertising product suites while Adobe will include comScore audience data in its solutions for Adobe Marketing Cloud customers.

Foster said that this is a follow-on to Adobe’s existing partnership with ratings company Nielsen, which was announced in 2014 and is currently in beta with several broadcasters. That partnership saw Nielsen integrate its digital audience measurement products with Adobe Analytics and Primetime to create Nielsen’s Digital Content Ratings, Powered by Adobe.

“We’re joining forces with comScore to drive the future and define the future of digital TV and ad measurement,” said Foster.

Adobe Primetime also announced a range of new digital marketing solutions for ‘over the top’ (OTT) TV and film services for companies such as Netflix and Hulu. Adobe’s Primetime OTT solutions integrate Primetime with Analytics to aid in customer acquisition. It will leverage several of the new capabilities of the newly redesigned marketing cloud including A/B testing solution Adobe Target and the Cross-Device Co-op also announced at the summit.

Adobe announced today that it will be adding a new feature called Cloud Device Co-op to its Marketing Cloud offerings.

The co-op will allow marketers to track a consumer’s browsing across all of their devices by linking them through the shared anonymous data of participating brands. Adobe built the product for brands who find that they lack the whole picture on their customers.

“One of the main problems we tackle with that is what’s typically referred to as the cross-device problem,” said Asa Whillock, Principal Product Manager for the Adobe Marketing Cloud. “Devices don’t buy products, people do.”

Whillock made the announcement at the 2016 Adobe Summit, stating that brands are often unable to link all of a consumer’s devices together unless the consumer logs in to their site or app. Using a co-operative cloud, participating brands will pool their information to group a consumer’s unique devices in to one profile. Adobe states in their release that early measurements indicate that the co-op could link up to 1.2 billion devices worldwide.

Whillock said the Co-op identification of people across their devices helps brands understand customers better, reach them across platforms, build richer customer segments in their data analysis and target customers in a more informed manner.

“For a little bit of reference, Adobe.com, over the last 30 days has seen 350 million unique visits from devices, however that really reflects 210 million people,” said Whillock, noting the difference in accuracy between the two numbers.

Whillock said that Adobe expected to see the Co-op launch in the second half of 2016. He also addressed privacy concerns, stating that no personal information is shared between participating brands, just the device linkage information. He added that every participating brand would be required to provide a link to an Adobe-created opt-out page, where consumers can see which of their devices are linked together and what brands participate in the co-op.

Adobe published an accompanying study on personalization. According to the company’s research, 85% of consumers prefer personalized content in the form of ads tailored to their personal interests. Nearly 8 in 10 consumers say they switch devices when engaged in activities, reports the Adobe study, and 90% are comfortable sharing at least one piece of personal information to improve their online experience.