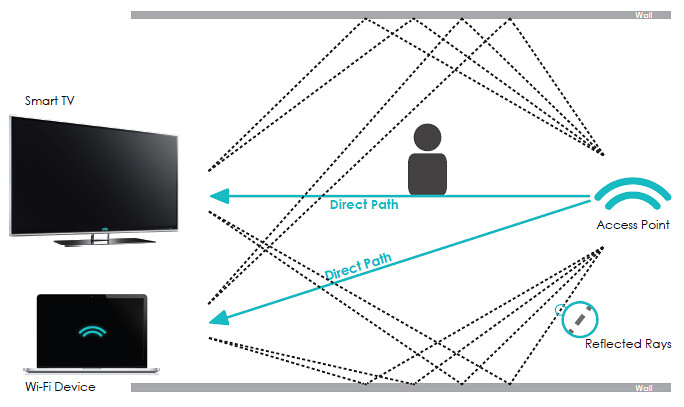 If you’re reading this, there’s a pretty good chance a WiFi network was involved.

But, unless you had to ask a barista for a password, you probably didn’t think much about that network.

Just below the surface, though, there’s a lot going on. In order to ensure seamless data transfer, WiFi networks are constantly monitoring their environment and adjusting small changes, things like people moving around. That’s why you can carry your laptop into another room while watching a video and not notice any changes in the connection.

That generates a lot of data about an environment but that data has never been used for anything other than maintaining a consistent signal.

That dynamic approach is key to what aerial (formerly Smartiphy) wants to do.

“There’s tons of information around that we’re not using and we used to think it was noise,” says Matt Smith, a partner and COO at TandemLaunch, a Montreal company that commercializes research by creating, incubating and funding startups. It’s backing aerial.ai. “What we’re actually finding is the order in the chaos.”

The system can identify if someone is in a room; things like whether they’re standing or sitting and their breathing rate; and it can even learn to identify specific individuals based on the way they move.

All of this opens the door to smart homes that don’t require users to carry a device or install additional sensors, security systems that can learn and fall-detection systems for elderly people living on their own.

“This sort of solves that chicken and egg problem for smart environments,” Smith says. Because WiFi is practically ubiquitous, “it’s an instantaneous leveraging of massive amounts of data for lots of potentially useful stuff.”

Aerial will launch initially with a small device that plugs-in to a standard wall socket, the aerial cube. That device will be the platform for the device’s various applications and will be the only additional hardware users need.  A prototype will be on display at the Consumer Electronics Show in Las Vegas in early January. A full commercial launch is scheduled for early 2017.

Security, baby monitoring and elder care will be early focuses. But with so many potential use cases, deciding where to start is a challenge.

“The technology is so broad and it’s so effective, it can help with improving a lot of systems out there,” says Honey Jafari, arial’s business leader and co-founder.

The team plans to do extensive market research before launching to consumers.

“The key is going to be to find the application that gets it in to as many homes as possible as quickly as possible because then, the applications will just keep coming,” Smith says. “There’s the potential to open this up to the maker community, the hacker community, provide them with an SDK and say, here’s a platform for activity recognition you can modify, what do you want to do with it.”