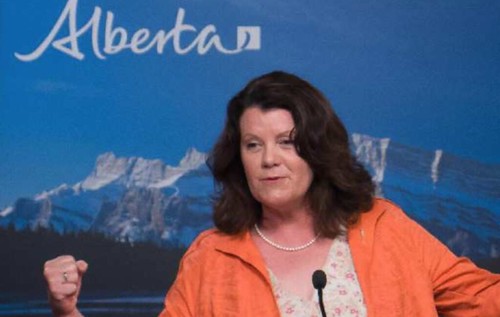 The new NDP government only spent a few weeks in legislature before breaking for the summer, so local businesses have been waiting to see how the change in government policies will impact their operations over the coming years.

Most of the discussion has been specifically about the impact of the NDP government on the oil and gas industry. However, the downturn brought on by oil price volatility combined with the new administrations’ proposed changes to the minimum wage have contributed to lowered levels of small business confidence in the province. But what does this mean for the Alberta tech community?

One of the most encouraging parts of the NDP Government’s platform is their promise to diversify the Alberta economy, including in the “high tech, advanced research [and] knowledge industries.”

“Our government is committed to diversifying Alberta’s economy,” said Innovation and Advanced Education Minister Lori Sigurdson in an e-mail interview.

While the NDP government has officially been in power since the spring, they have delayed the release of their first provincial budget to later this fall, in October.

“In the coming weeks, we will be bringing forward our budget and a jobs creation plan that will aim to support businesses to expand and invest in Alberta,” said the newly-elected Edmonton MLA. “We are focusing our diversification efforts on a variety of sectors, including alternative energy and high tech, advanced research and knowledge industries, and energy upgrading and processing. These efforts will help Alberta to identify and foster new areas of competition to strengthen our presence on the world stage.”

Many in the technology space are waiting to see what the government has planned that may affect the ability for companies to start and grow their businesses, especially in particularly uncertain times for the province.

For AEC, whose mission is to promote the venture capital industry (VC) in Alberta by investing in VC funds and supporting the technology ecosystem, their task is to make sure that the new government understands how a thriving tech community in Alberta will make the province more attractive to everyone, from startup founders to outside investors. AEC originally received a $100 million allocation from the Heritage Fund which they have used to invest in venture capital in Alberta. So far these funds have already produced transformative for the industry in the province.

“The success of any growing industry depends on a solid foundation of investment, professional networks, and an entrepreneurial spirit,” said Williams. “Building a self-sustainable Venture Capital industry in Alberta will take time. To maintain momentum and build on our excellent results to date will require additional capital for investment. The new government now has an opportunity to act and to create a meaningful impact on the technology industry.”

Tech founders may also be waiting to see if additional funding – such as grants – will be a priority for the NDP. Colin Bramm, CEO of education software company Showbie, shared how important grants can be to early stage companies.

“The company has been the beneficiary of multiple layers of funding, including federal and provincial grants and, most recently, private investment. Showbie would not have been able to grow as fast to capture the market had it not been for the funding we’ve received,” said Bramm.

Showbie is one such company that would fit into the new government’s vision of a diversified economy.

“While the local economy is suffering, our product sits in a growth market involving educational technology, and our customers are highly decentralized,” said Bramm. “We anticipate significant business growth over the next several years and are excited about the prospect of now being in a position to invest in the Alberta economy through employment opportunities for skilled workers.”

However, some entrepreneurs feel that the NDP government may pose a threat to their business. The party did not provide specific plans for the technology industry in their campaign platforms. Shawn Freeman, Founder of IT services company TWT Group in Calgary, said that he doesn’t “feel very optimistic with the NDP’s lack of a plan, especially this far into their term.”

Freeman said that the new government’s proposed policies have made the province less attractive to business builders.

“I hope the NDP finds ways to help existing businesses get through this downturn as well as attract new businesses to Alberta,” Freeman continued. “If NDP really cared about startup companies, they would follow in the steps of Start-Up NY and provide 10 years’ tax free.”

While there is uncertainty in waiting for the budget, Kristina Williams remains optimistic.

“The new government now has an opportunity to act and to create a meaningful impact on the technology industry,” commented Williams. “One of the key aspects of the new government is creating the right conditions for a diversified economy. There is a clear opportunity to grow the technology industry over the coming years. This will create a diverse economy with high skilled jobs, both which are desired by the NDP.”

“Unfortunately the general public might not be fully aware of the success stories in the Alberta technology space. We need to communicate our accomplishments more and how they are creating high skilled jobs and value in the province.”