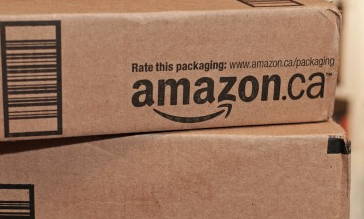 Amazon is opening a new office in downtown Toronto.

The office, with space for up to 800 employees, will bolster the company’s presence in Canada. Amazon will occupy five floors of a recently built, 31-storey skyscraper near the city’s financial district.

Other tech firms with offices in the area include Apple, BCE, and Cisco. Already Amazon has posted 100 job listings for its new Toronto office.

Amazon’s other big office in Canada is located in Vancouver, where it employs upward of 1,000 locals.

John Cook of the Seattle Post-Intelligencer just got the exclusive on Amazon.com’s acquisition of Seattle’s Shelfari. No transaction details were announced but Shelfari is blogging about it. This acquisition is right on the heels of their acquisition of Victoria’s AbeBooks a couple weeks ago.

Techcrunch’s Mark Hendrickson pointed out an interesting side story at the time in a post titled Shelfari and LibraryThing: Awkward Bookends to AbeBooks-Amazon Deal.

AbeBooks held a major (although not majority) stake in a site called LibraryThing, where literati can list their favorite books and discuss them. Coincidentally, Amazon has put a reported $1 million into Shelfari, one of LibraryThing’s direct competitors (which also include GoodReads, BookJetty and many others). So it might not be surprising to see Amazon try to join the forces of these two modestly sized startups.

But if the history between LibraryThing and Shelfari is any indication, we’re more likely to see Amazon either place its bets on one and divest its shares in the other, or simply maintain a minority investment in both.

The ‘history’ that Hendrickson is referring to is that LibraryThing’s CEO Tim Spalding publically denounced Shelfari last year for using dirty marketing tactics such as astroturfing blogs and spamming email.

Speculation about Amazon supporting one or the other or even merging the two services didn’t make sense as they serve different types of communities: Shelfari is focused on the casual reader that is interested in talking about what they’re reading while LibraryThing is much more focused on serious bibliophiles that love cataloguing their personal libraries. Think “social reading” versus “social cataloguing”.

Today’s Shelfari acquisition confirms that consolidation of this space has started with GoodReads being the only large independent player remaining.