As more deep-pocketed retailers compete amongst themselves for a share of the co-branded credit card market, the real excitement in the launch of a new card comes not from the potential rewards, but what those new partnerships mean for the future of cross-industry collaboration and loyalty. Until recently, most new credit card announcements were non-events, but now, the world’s biggest brands are innovating the model to offer better rates, modern rewards, and better technology to win and retain market share.

The newest development in this credit-turned-loyalty environment is a card offering from Mastercard, Amazon, and TD Bank. The three recently announced a new co-branded credit card issued by TD’s MBNA running on the Mastercard network. Rewards start at 2.5 per cent cashback for purchases from Amazon.ca and their grocery outlet Whole Foods Market, dropping to 1.5 per cent if the cardholder is not an Amazon Prime member. There is also one per cent cashback on all other purchases, and Prime members who make foreign currency purchases will receive 2.5 per cent back.

All of these rewards are offered without fees attached to the card itself. An introductory offer will save cardholders five per cent total on Amazon and Whole Foods purchases, as well as restaurants and grocery stores for six months. From a purely monetary perspective, the rewards are decent, especially for a no-fee card. In addition to the rates, every credit card has some kind of rewards built in, and in this case, the rewards are targeted squarely at huge and growing target: Native Amazon customers.

Consumers have long realized the trajectory of Amazon’s meteoric growth, but it still begs to explain. Nine out of 10 consumers price check products on Amazon and the site has an inventory of over 12 million unique items while shipping over five billion items each year. Close to 50 per cent of online shoppers begin with Amazon when looking for an item. They don’t Google a product and add Amazon to the end of the search—half of e-commerce customers literally start on Amazon.

The list of awe-inspiring stats like these goes on. As Amazon continues to flirt with a $1 trillion valuation, the company is still looking for an edge up in terms of loyalty and customer acquisition. This is where co-branding credit cards come in. The last few months saw big tech enter the credit payments world in grand fashion with Apple recently launching their own digital-first Apple Card in an attempt to draw users towards their Apple Pay mobile wallet. The Apple Card offers increased cashback on Apple purchases, rewarding consumers who choose to subscribe to services like Apple News and Music and buy iPhones and Macbooks.

This rewards system sounds familiar, and that’s because is it has been happening for years—retailers co-brand a card and incentivize shoppers to choose their store and stick with it by offering targeted rewards; think Macy’s, Walmart, Costco, the list goes on. But things change when the worlds biggest companies enter the ring. Amazon and Apple, which are currently the second and third most valuable companies in the world respectively (trailing Microsoft), are doing all they can to incentivize customers to choose and thrive within their ecosystems.

“As cardholders, we live more and more in the digital space, so it’s natural for consumers to want to express themselves when they make a purchase, however they are paying, using a brand that they relate to the most,” says Sukhmani Dev, VP of digital payments for Mastercard. “That’s why with more of the digital giants, you’re seeing co-brands being issued. And Amazon is stepping up and launching this card in Canada for this reason because they have a huge customer base and they know they want an Amazon co-brand card in their wallet.”

Apple’s credit card made a big splash when it was announced earlier this year, and with its insights into how massive brands want to invite consumers to live within their ecosystems, this new Amazon card should be considered on the same level. Though it may just be a new Mastercard issued through TD Bank, each new offering through a massive co-brand is a deliberate strategy to build loyalty and incentivize new and existing users into staying put and spending within their go-to retailer.

Amazon knows exactly what it’s doing. The most important value proposition of this new card is not only the rewards but the rewards in conjunction with the simplicity of obtaining the card. Consumers can “Apply and Buy,” meaning all someone has to do is fill out an application, and in as little as 60 seconds, receive a number and link their card with an Amazon account and start buying.

Without Apply and Buy, these cards lose a major value proposition. Consumers live in an on-demand world, and if they are making either large or recurring purchases through a retailer and suddenly have an opportunity to save money, they want to do it quickly. Waiting weeks for a card is quickly becoming an antiquated notion; the expectation of a modern shopper is ‘on-demand’ and activation delays are no longer acceptable. 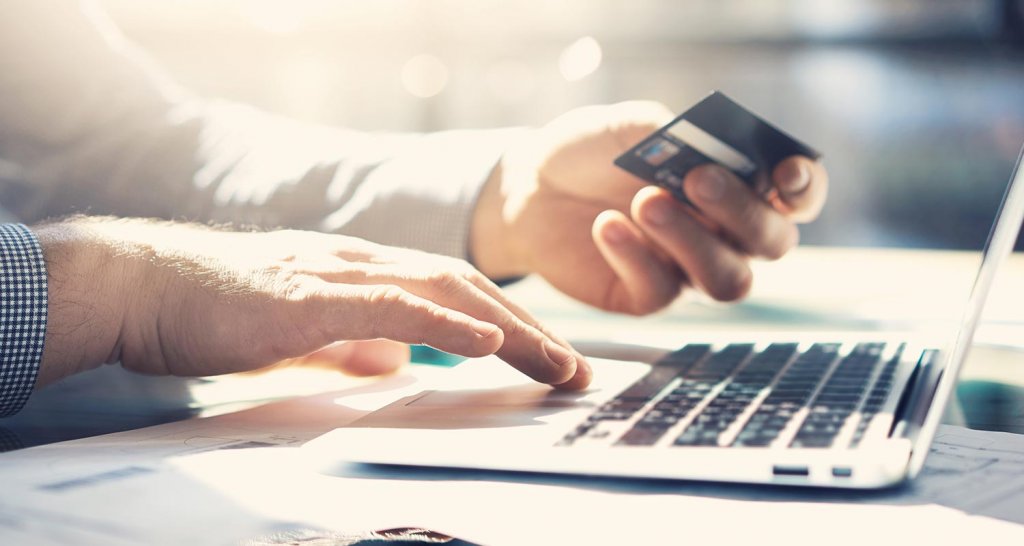 Consider that in 2018, Amazon Prime subscribers spent a reported average of $1,400 USD on the site each year (non-Prime members spend $600 USD). Those consumers can instantly sign up for this new card and save 2.5 per cent of that total spending, while also receiving rewards points. Cardholders pick up one point per dollar spent, and once they reach 2,000, those points are converted into a $20 gift card.

Points and rewards are nice, but the real revelation comes from the new ways the biggest companies in the world are deepening their ecosystems by finding new ways to keep consumers inside their echo chambers. Credit cards come and go, and Mastercard and TD will continue to issue co-branded cards and earn revenue. This, though, is not a new credit card announcement—rather, it’s an extension of the Amazon ecosystem that comes at a time when it is increasingly easy to live and consume within a siloed brand umbrella.

Only a few companies do this kind of thing. Apple did it with their card, and now Amazon is doing it in Canada. A Chase Amazon card existed before this in Canada, but the option to get a card closed in early 2018.

Given that the Apple Card will only be available in the U.S. starting later this year while Amazon has had rewards cards out for years, Amazon may have the upper hand in terms of reach, but they have yet to fully embrace the digital-first ecosystem Mastercard offers. This may be the only thing slowing the e-commerce giant down in this credit-loyalty race, as Apple Card enrollees can shop anywhere with their card as soon as they are approved. Users of this new card can only shop on Amazon once they have been approved—”still a very big card value proposition, but they have not gone all the way digital-first,” says Dev.

Amazon will likely embrace the full digital-first mentality soon, but it’s not a priority just yet, and that makes sense for now; consumers can buy almost anything on Amazon, so if they are forced to only spend on the site until their physical card comes, they can likely make due. The Apple card had to launch digital-first and work with every retailer, simply because the Apple Store offers a limited set of products.

Prime members receive the most benefits from being a cardholder (an extra one per cent off purchases from the site), a common strategy the huge retailer has deployed before. In the U.S., Amazon has a Visa card that provides five per cent cashback on purchases sitewide, but only for Prime members. The e-commerce giant knows that if they can get more customers to sign up for their subscription service, they’re even more likely to order from the company and stay within its ecosystem—see the numbers above where Prime subscribers spend $800 more each year than non-Prime members.

This is the main value proposition of a new card like this one from TD and Mastercard. The simplicity in signing up, along with the added value it brings, will immediately convince some consumers to make the jump to Prime. If a customer already spends a few hundred or even a thousand dollars on Amazon each year, why not sign up for free to save between $25 and $50 a year?

That is the question Amazon needs potential customers to ask. If cardholders can embrace that mentality, Amazon wins. From there, the list of pros for joining Prime adds one more bullet point: ‘Wait, we get an extra one per cent cash back, plus Prime Video and free two-day shipping?’ Suddenly, signing up for a co-branded Amazon credit card became a key method of Prime customer acquisition.

Each layer of brand loyalty is carefully constructed to complement the one before it. Suddenly, a no-fee credit card that potentially saved each consumer around $50 each year could lead to an annual $80 subscription, which then leads to purchasing more from the site—almost twice as much. Co-branded credit cards might not be a new thing, but as the world’s leading retailers level up, a whole new climate of brand loyalty will follow.