Alykhan Jetha (aka AJ), CEO of Mac business software company, Marketcircle, recently returned from San Francisco after attending this year’s Macworld tradeshow.  Macworld is a five day conference and expo that aims to “educate, entertain, and immerse you in the Mac community.”  AJ spoke with Techvibes to share some of his thoughts and insights from last week’s expo. 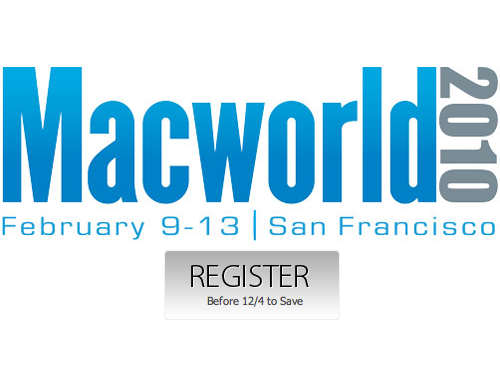 One would think that a conference for Apple enthusiasts would include Apple.  Apparently not.  Apple has decided to stay away from the popular Macworld for a number of reasons.  Firstly, at this huge conference Apple used to be held hostage to the expectations of its fans to release something “new” at past Macworlds.  And if Apple failed to live up to the hype and expectation usually associated with such events it would be dealt a serious blow.  Both to its image and sometimes its stock would dip.  By curtailing their participation Apple can now release products and newdevelopments under their own terms.  Sounds like smart business sense to me.

And in terms of added exposure that a tradeshow usually brings does Apple really need it?  Probably not.  Their popular stores and website generate a substantial amount of business.  The cost of attending and staffing a tradeshow is probably better spent elsewhere.

AJ told us that Marketcircle almost didn’t go themselves.  Not that he is comparing his company to the behemoth that is Apple.  But with 2 weeks to go until Macworld, AJ decided to take his team there.  Why?  “We decided to go with a small booth and use the opportunity to meet with various clients, partners and maybe make new connections.”

And it’s a good thing that Marketcircle did attend.  As we reported earlier, Marketcircle won a Best of Show Award for their innovative and popular Billings Touch application.

AJ also told us about three cool products that he came across.  The first was another Best of Show winner called U-Socket by Fastmac.  The U-Socket allows users of portable devices (such as phones and mp3 players) to charge their devices by using a regular USB cable and plugging it into a hybrid USB/traditional power outlet.

A second one was called Canson Papershow.  The Papershow uses a camera-equipped pen in conjunction with special paper that transmits your handwriting to a screen. For example, you can present a slide show and you can make changes to it that appears on screen in real time. Pretty cool.

Finally, Smart.  Smart creates interactive whiteboards.  While this is hardly new, Smart has created a variety of applications and products which AJ believes will play a huge impact in the educational arena.