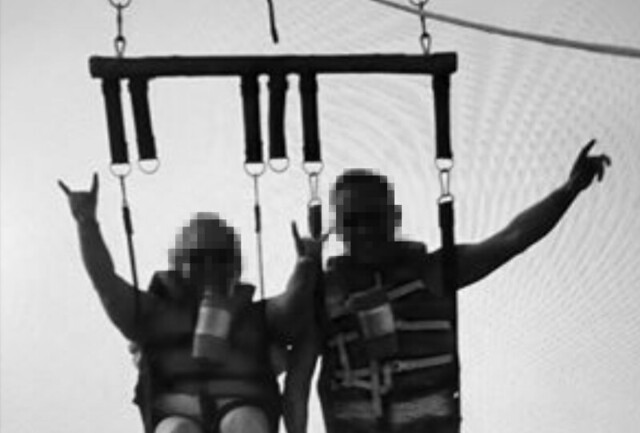 The Ashley Madison saga we have all endured over the past two months could go one of two ways.

The first: the buzz of news fades, people stop paying attention, and Avid Life Media continues operating Ashley Madison. The company’s ambitions to go public aside, if the hacking fiasco completely blew over, it could remain a profitable venture and possibly even keep growing.

The other: the controversy keeps piling up, the crosshairs continue to shift from the hackers to the company, and Ashley Madison collapses beneath the pressure, bringing Avid Life down with it. A broken business model, a foul stigma, and relentless media battering could break the company.

These are two very different outcomes. Both plausible, amazingly. Right now, it’s difficult to gauge which is more likely.

Time will tell, of course. In the meantime, let’s explore one of the most improbable Ashley Madison scenarios one can imagine, one of tragedy but also of great hope. A story defined by the Impact Team hack. A story that could be an anomaly—or perhaps just the first of many to rise from the scandal’s debris.

Ryan Collins, 40, does not hesitate to call the Impact Team “heroes.” He admits, of course, that the hackers—who exposed the private data of tens of millions of Ashley Madison users, plus thousands of emails from executives—are also, by legal definition at least, criminals.

“I suppose so,” he says with a shrug. But he is quick to add: “I hope they are long gone and never found.”

Ryan’s stance is unique, but that’s because his situation is unique. You see, Ashley Madison facilitated the ruination of his 10-year marriage.

He did not use the website, though, not ever. Rather, his wife did.

A Real Woman in a Sea of Men and Robots

To be a real woman on Ashley Madison actively seeking an affair is to stand out as much as anything can, even if no one notices. You’re instantly an anomaly. You’re everything that the tens of millions of men active on the site want. You’re what the company wishes it had more of. You’re staggeringly rare, whether or not you realize it.

Elizabeth Collins, 42, didn’t know this when she made an Ashley Madison account to cheat on Ryan (names and details have been changed throughout this story to protect identities). But it helps explain that she had no trouble having an affair. And the man with whom she cheated probably had no idea how improbable that affair was. Now they can see, in hindsight, the odds they overcame.

This, the beginning of unlikely events.

A House of Cards

Ashley Madison was a house of cards. The company’s model relied on men not knowing that the majority of women they were interacting with were not real. But the hack revealed the cold, hard truth: only about 5% of users on Ashley Madison are female. Moreover, an incredible 80% of first purchases made on the site were men trying to contact a bot, according to Annalee Newitz of Gizmodo. That’s as shady as a business model gets.

It was not easy to hide this staggeringly broken model. Ashley Madison worked tirelessly from the creation of its first bot—one “Sensuous Kitten” in 2002—to today to keep the full truth of its practice in the shadows. The company fended off constant consumer complaints and, in 2012, had to deflect an inquiry from the California Attorney General.

Ashley Madison eventually accepted it could not completely deny the existence of its bots: they were simpy too obvious. But it certainly could not remove the bots. Internal documents now show that those bots, those little bits of software fabricated by engineers in an office somewhere, generated half of the company’s revenue. They had become an integral component of Ashley Madison. The bots were taking over.

So the site hired legal counsel to craft specific language around the bots. Signing up for an Ashley Madison account meant that you accepted the existence of these fictional women, and that these bots were around to help users learn about the site, and for market research, and for purposed of entertainment. Not for making money, no. Not for that.

Those initial messages from the bots, whose profiles looked very real? The “care to chat,” the “wanna cyber,” the ‘are you online?” They’re for market research, of course, and to help you learn about the site, obviously. Don’t mistake them for real girls. Don’t pay money to chat with them. But if you do…

And Ashley Madison got away with it for well over a decade. They’re still getting away with it.

Ryan married Elizabeth on November 26, 2005, about 140 kilometres outside of Louisville, Kentucky, in a town of no more than 40,000. A little over a year later, Elizabeth would give birth to their first son, Kevin, and five years after that to their second son, Oliver. They were a happy couple, as far as Ryan could tell.

“We had our problems but every relationship has ups and downs,” he recalls. “I loved my wife.”

In the fall of 2013, the company Ryan worked for announced it was shutting operations down in less than a year. The uncertainty of the future bothered Elizabeth. Knowing a relocation was probably necessary to find work, Ryan made use of his time by preparing the couple’s house for sale.

Then they had a clash: after Kevin got in trouble at school, Elizabeth put him on medication for attention deficit hyperactivity disorder. She didn’t tell Ryan, who was vehemently against it. He found out, and they fought about it. He used the word “divorce” for the first time in their decade-long marriage. It was a word she had tossed around before.

Ryan felt betrayed, but managed to calm down after noticing Kevin doing a little better in class. “I forgave her,” he says. But she remained cold toward him. She started drifting. Elizabeth became tempted by other things. Tempted enough for her to make an account on Ashley Madison. Enough to test the waters.

“Can I just please meet someone decent?” asked Elizabeth in her Ashley Madison profile. She wanted a photo, but not a photo of a penis, she explained. Her motives were simple: “I just want to go out, have a few drinks, party, and hopefully get some. Is that too much to ask?” She mentioned again: no dick pics.

As a real woman on Ashley Madison evidently seeking a real affair, the water she was testing was full of eager and willing men. Temptation and opportunity was everywhere. It was not long before she came across Ben.

“I’m looking for a clean person to have a non-attached type relationship,” Ben’s profile declared. Someone, he added, “who is happy with their life and family or situation, but is looking for a bit more.”

Elizabeth and Ben began seeing each other. Elizabeth was still married to Ryan.

As he sought his next job, Ryan was offered a position in an adjacent state from a former boss. It included a salary bump. Elizabeth seemed receptive to this. She advised him immediately to take the offer, to move there. She’d stay with the realtor, she told him, to sell the house. And then she would, being his wife and all, join him.

A month later, the house was still on the market and Elizabeth was still living there. In fact, she had sabotaged the sale by smoking cigarettes excessively throughout the home. When Ryan flew home to discover this, he could not confront her about it, because she never came home that night. She was out with Ben. Ryan started painting walls to mask the stench of smoke.

The next day, Ryan got in touch with a lawyer and filed for divorce barely an hour ahead of Elizabeth, who, he would later find out, had a divorce lawyer waiting on standby for four months.

The Force of Data

The thing about words is that they’re wind. Facts are blurred, lies are sugarcoated, stories are tweaked and altered until they resemble nothing they once did. Truth is swallowed by shadows and never sees the light again.

Data is different. Data is cold and hard. It’s there, inanimate, unmoving; a story purely of facts, never of fiction. You get what you see.

Elizabeth told a story. It was not the truth. Data called her out on it.

With Ben, Elizabeth had fallen out of love with Ryan. She wanted the kids, but she didn’t want her husband. She told Ryan to take that job offer out-of-state, that she’d follow him once their house sold. Their house sold; she didn’t follow him. She wedged a 10-hour drive between Ryan and his two sons. She was using “every dirty trick,” Ryan says, to keep his children away from him. She was still fucking Ben.

The divorce was slow and sticky, as divorces often are. Ryan was not faring well in the court battle. The kids looked poised to stay with their mother, who was still with Ben. One day Ryan saw Ben with Elizabeth on Facebook—that’s how he found out about the affair. When confronted, Elizabeth told him they had met after he filed for divorce. He had no way of proving otherwise. Until he did.

The Impact Team’s hacking of Ashley Madison dumped a wealth of data into the world. This data included the profile of Elizabeth, and of Ben, and showed that both accounts were created several months before the divorce.

Ten months into the divorce, Ryan was given this gift.

Possibly the very first to use the Impact Team’s leaked Ashley Madison data as evidence in court, Ryan turned the tides of the court battle in dramatic fashion, winning full custody of Kevin and Oliver. Ryan used the information supplied by the hackers as proof of Elizabeth’s willful parental estrangement, to show that she was trying to end Ryan’s relationship with his sons by sending him out of state with no intention of following. The records showed that she had opened her Ashley Madison account two days before Ryan received his out-of-state offer that she had told him to accept.

“Without the timely release of the hack,” Ryan explains, “the outcome would probably have been reversed.”

The judge described the case, and specifically the use of leaked Ashley Madison information as evidence, a “special type of weird.”

Elizabeth isn’t done damaging Ryan. The divorce still isn’t settled, and she has been smearing him all over Facebook, he says, which has negatively affected some of his lifelong friendships. But Ryan is confident his side of the story will be the last word, because on his side is the cold, hard data.

“I want these hackers to know that they saved a relationship between a father and his two sons,” Ryan says.

People say the hackers have destroyed marriages because spouses found out about Ashley Madison accounts. But as this story shows, and logic dictates, those relationships were already doomed; Ashley Madison does not turn people into cheaters, it simply provides an outlet for them. Here we see that hackers can be heroes, data their weapon.

“I am going to have a relationship with my children as they grow up,” Ryan says.

That is the impact of the Impact Team.