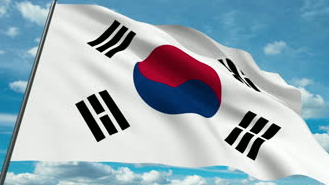 Ashley Madison, the popular dating site for people who are already in relationships, is suing South Korea.

The suit, filed in a Canadian Federal Court, comes after the site—which has described itself as “the most recognized name in infidelity”—was banned by Korean Authorities earlier this year.

“The company accuses the South Korean government of engaging in ‘uncompetitive acts’ by unfairly banning the website while allowing local businesses to operate similar ones,” according to a Canadian Press report.

According to the suit, filed by the sites Toronto-based parent company, Avid Life Media, Korean authorities ordered internet service providers in the country to block the site on the grounds that it was illegal.

The company challenged the ban unsuccessfully, according to a QMI report. While adultery is illegal in South Korea, Avid Life Media argues that its website isn’t breaking any laws.

“The website is for communication purposes only, and such communication is neither illegal in South Korea nor Canada,” according to a quote from the statement of claim included in the CP article. “No sexual interaction can take place on the plaintiff’s website any more than it can by individuals using other websites that the defendants permit to operate freely in the Republic of Korea.”

The company claims that the Korean ban will have an effect on its business in Canada, hurting its ability to win Asian-Canadian and Korean-Canadian clients.

“Given the global reach of the Internet, a social networking service that meets with success among any particular group of people in one country has or will have a significant competitive advantage among people of that same group or related groups in other countries,” it claims.

Avid Life claims that Ashley Madison has over 20 million members and is available in over 25 countries. In 2013, it was named the 29th fastest-growing company in Canada by Profit Magazine, and ranked second among consumer-facing tech companies on the Profit List.

The site has seen success in the Asian market, particularly in Japan.

Ashley Madison is no stranger to lawsuits, in 2013 the site was sued by a North Carolina man whose wife left him for a man she met on the site. It was also sued by a former employee who claims she wrote over a thousand fake profiles for the site’s Portuguese-language version. Those profiles which were allegedly accompanied by photos of attractive women, were intended to entice men to join the site. The company filed a counter-suit in March alleging that the fake profile claims were intended to make it look bad.

The Republic of Korea has yet to respond to the allegations and no hearing date has been set.