Canadians have been waiting a long time for an open-source cloud infrastructure platform that keeps data safe and secure within our nation’s borders. AURO could finally be that solution.

AURO is a public cloud that is 100% Canadian-owned and -operated. With data centres in Vancouver and Toronto, AURO promises that data is “always located in Canada.”

Powered by OpenStack, the scalable infrastructure-as-a-service delivers an alternative to closed cloud environments and reduces the risk of lock-in on proprietary platforms. It’s something Canada has been lacking since the dawn of the cloud.

“Like it or not, the future of business online is in the cloud,” says Damon Gudaitis of Optimus Information, which he says traditionally meant “putting your data on US soil or under control of US companies.” Fortunately, AURO changes that.

Indeed, perhaps AURO will convince conservative Canadians to join the cloud movement. After all, benefits for cloud adoption, public or private, are both obvious and myriad: high cost savings potential, more efficient use of resources, and tremendous flexibility and scalability opportunities. These benefits can be realized by virtually any company, tech or otherwise, with a broad range of practical applications.

“It’s easier than ever for Canadians to utilize the cloud,” says Chris Medeiros of Canadian Cloud Backup, Canada’s premier cloud offering. “And the cloud is delivering more benefits to businesses than ever, too.” 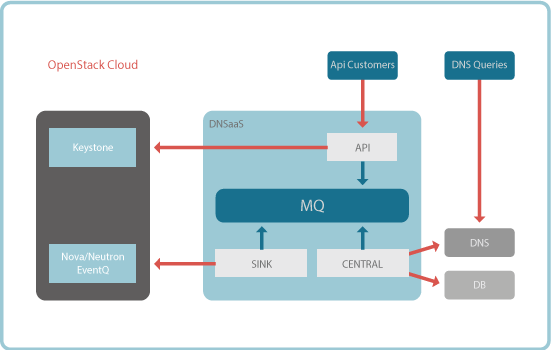 “81% of Canadian businesses reported lowering the cost of IT due to cloud adoption,” agrees Tony Krueck, vice-president of business solutions marketing at Telus.

In terms of adopting cloud computing as a standard business practice, however, Canada ranks below Japan, France, Germany, and the US, the latter of which leads adoption rates. But with no Canadian-made options, can we really be blamed for our reluctance?

Maybe Canadians are wise in their reluctance. As outspoken Canadian law professor Michael Geist Cloud pointed out earlier this year, cloud computing services come “at a price of reduced control over your own content, reliance on third-party providers and potential privacy risks should the data ‘hosted in the cloud’ be disclosed to law enforcement agencies without appropriate disclosure or oversight.” Geist was referring to Canada’s thus-far reliance on the US cloud, which has been on particularly shaky ground since updates were made to the Patriot Act and, of course, the Edward Snowden revelations.

IDC experts foresee cloud as being a conventional technology in the coming years, estimating that in Canada cloud service will increase by a third and surpass $1 billion by 2014. A year ago I would have doubted that. But with the launch of AURO, the future is much more clear—and much brighter, too.