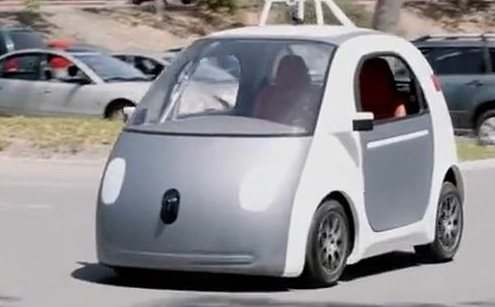 Automated vehicles, already on the road in some form, will continue to rapidly enter the on-ramps, highways and Canadian roadways, packed with time-saving benefits and reducing road collisions, suggests a new report.

A recent study from The Conference Board of Canada, in collaboration with the Van Horne Institute and Canadian Automated Vehicles Centre of Excellence (CAVCOE), titled Automated Vehicles: The Coming of the Next Disruptive Technology, estimates that self-driving cars could be on the roads by 2020 to 2025 and economic benefits for Canada could total over $65 billion per year.

“The potential scope for impacts of automated vehicles on Canada is profound,” said Vijay Gill, Director of Policy Research at The Conference Board of Canada. “Self-driving cars could free up driving time, significantly reduce the number of car accidents, minimize road congestion and reduce the amount of fuel that we consume. However, these new vehicles will pose some economic and social challenges including possible job-displacement and required employment retraining.”

There will also be wider economic and technological effects including substantial changes in land values, the report suggests, as AVs increase sprawl and urban intensification. There is a strong likelihood that people will be willing to tolerate longer commutes if they are able to be productive in the vehicle, the study shows, especially if it means trading a longer commute for cheaper housing.

Jobs and trades will change as direct and indirect employment displacement may occur in transport, truck and courier services, taxi and bus drivers, auto insurance, driving instructors and parking attendance, according to the report. But AVs will require active planning on the part of all levels of government and business: leadership at the municipal, provincial and federal levels need to incorporate the impact of AVs into urban planning, transit and the design of infrastructure projects and encourage the harmonization rather than fragmentation of such a huge undertaking.