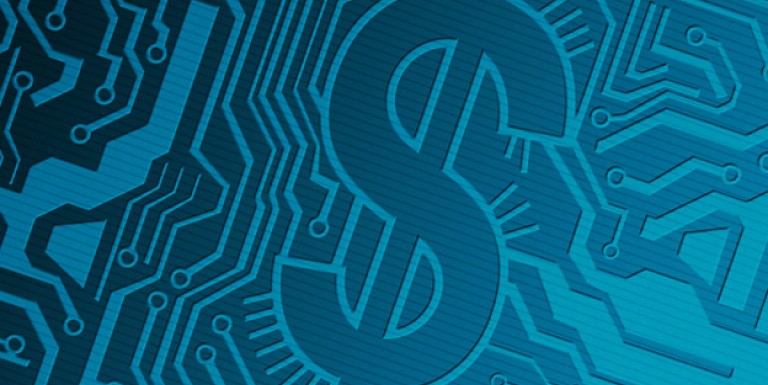 Canadian banks had better be on the lookout for the fintech startups lurking around every corner.

Greg Feller, President and CFO of Mogo, stated in an investor presentation that the Canadian banks are “just ripe for disruption.”

With over 150,000 users thus far, Mogo, a digital financial brand for millennials, is just one company that’s looking to disrupt the Canadian financial industries. Though they’ve been around for eleven years to date, says Mogo’s, capital markets specialist, Alex Langer, they’ve seen exponentially more growth in the last few years.

“I feel the banks are a couple of years behind Mogo in terms of our Millennial outreach, but I do see us potentially partnering with them down the road,” says Langer.

He goes on to say that Mogo wants to be the “uber of banking.” Mogo has just announced a $50 million “Marketing Collaboration Agreement” with Postmedia that grants them advertising space across all the news giant’s public properties.

They’re not the only company going after Canadian finance. The Cantech Investment Conference 2016 took place on Jan. 26, and featured a panel several fintech specialists who spoke on the place of technology in modern Canadian finance, and how quickly innovative companies will be integrated into these systems.

“Investments in fintech were $19 billion plus in 2015. Banks are starting to invest and partner with disruptive companies,” says PwC’s Yair Weisblum, the panel’s moderator.

The panel, which included Dean Nicolacakis of PwC, Andrew Graham of Borrowell, Randy Class of Nest Wealth Asset Management Inc., and Jake Tyler of Payso agreed that fintech has a lot more growing to do, and that this growth is going to happen faster than some groups are prepared to handle.

“I think what we’re seeing now, “said Nicolocakis, “is that wealth and insurance will be the next big areas of investment.”

Graham expands by saying that he’s not looking to shun traditional institutions, but rather that he wants to partner with them.

He explains however, that in order for disruptive companies to work with Canada’s placeholder companies, these institutions need to officially start working towards innovation in their own circles as well.

All four of these founders have come face to face with regulatory barriers in the past and agree that both governing and financial bodies have been slow to come around to these changes.

“In any ecosystem, a certain amount of diversity is a good thing. We’re always on the lookout for companies to partner with, but there are a bunch of regulatory changes that could be made to make life easier in all of our sectors.”

In December of last year, RBC announced profits of over $10 billion, which is obtuse even for one of the largest banks in the country. The panel discusses that the banks may prove the greatest obstacle to initializing innovative financial solutions for consumers.

Class retorts that Canadians have “this incredible love affair with our banks. But we love our banks, because they hold us hostage.”

Tyler, the founder of mobile banking solution provider Payso, believes wholeheartedly that it would be much more beneficial to both parties if existing organizations were to work with new organizations. However, this is easier said than done.

“The biggest opportunity we see is working with financial institutions. In Canada, banks have been a bit slow to come around to this, but until they do, we’ll certainly be knocking on their doors begging them to change,” says Tyler.

According to Langer, banks may be recoiling in the face of millennials, who are more interested in digital solutions in favour of the paper-driven procedures banks currently operate on.

According to a poll completed by CIBC, over 67 per cent of Canadians are open to trying new banking or payment technology. What’s more interesting however is that it’s not just millennials. In addition to the 85 per cent of millennials who claim they’re innovation-friendly, 51 per cent of baby boomers also agreed.

Regardless of the timeline, all four panelists agree: “fintech hasn’t even hit prime time yet.”