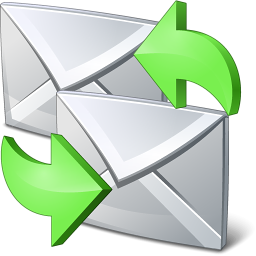 The way we pay for things is changing.

What used to be done from your wallet with cash is instead being done from your from your phone digitally. This is not really news; Canadian’s are at the forefront of NFC adoption—we’re tapping and paying like it’s nobody’s business.

But what happens when you just want to send $5 to a friend? When it comes to peer-to-peer payments, Canada is stuck in the dark ages.

We’ve all spotted our friends for dinner, drinks or concert tickets. Why is it that getting paid back is still so awkward? Why are we still using cash for this? As more and more of our retailer dollars are spent from cards and our phones we are increasingly going to be stuck using cash only to split bills with friends.

Talk to any college age student south of the border and they will tell you cash is dead, killed by Venmo. Beer runs, late night pizza, share-house bills and taxi rides are all easily settled with a few taps and swipes via Venmo, the PayPal owned app that processed $2.4BN worth of transactions last year (up nearly 500% vs 2013).

Sending money to friends from your phone is nothing new. Kenyan’s have been using MPESA for this since 2007 and in Canada most of us have had Interac email money transfers for about the same amount of time. What’s changing is that these products are getting much easier and faster to use. Sharing money is set to become as easy and ubiquitous as sharing a photo is today. As this happens we’ll see payments migrate from something we relied on banks for to something we do via social media and messaging apps.

The new world of money + emojis

This all makes perfect sense. Sending or receiving money is fundamentally a social interaction. It’s only natural that we will start to do this via social platforms. This is why whenever we talk about payments now we always mention the likes of Facebook, Snapchat, Google and Tencent. It’s why Venmo has a public, Facebook-like feed that publishes the messages attached to payments made on its platform (on an opt-in basis of course).

All this presents a challenge to banks, the traditional owners of this space, who may be great at moving money from one account to another but are not so good when it comes to creating social apps. New entrants are likely to be faster, more nimble, subject less regulation and willing to take more risk than banks. What’s more, creating great mobile/ social products is their core business.

The same can’t be said for banks, who have a less than stellar record when it comes to organic digital innovation. This change is also an opportunity; if done right banks can serve the mass consumer market without incurring huge infrastructure costs through things like branches.

When’s the last time you used Interac to split a dinner bill or a cab ride?

This brings us back to Canada. While the rest of the world is racing ahead with innovative payment products very little has happened here in Canada.

Interac is almost a decade old and is almost unchanged from its first iteration. At $1.00 to $1.50 per transaction it’s also expensive. That’s simply not good enough.