Ever since the App Store launched its Made in Canada section roughly two years ago, we’ve been treated to an endless stream of releases by the country’s brightest talents.

With Canada’s 148th birthday barely in the rearview, what better time to celebrate the 12 best Canadian apps of 2015 (so far)? Affordable healthcare, Timbits, Drake—all of the Canadian standards are covered by the apps discussed below.

A novel idea: an app that discourages phone use, albeit temporarily. Geared towards those who simply refuse to put their phone down, Flipd functions like a lock screen with a timer – the user decides exactly how long they want to Flip off their phone, and they’re locked out aside from emergency calls and texts. Perfect for those whose first reaction to a dinner time lull is to reach into their pocket and disengage from their company.

The latest from Tiny Hearts, best known for their ability to design beautiful, utility-based apps including Wake and 7-Min-Workout, the Next Keyboard aims to be the sharpest looking keyboard available on the iPhone. Although it’s yet to be released, it’s the most-funded app on Kickstarter. Promising lightning quick editing, predictive typing, instant emojis, and gorgeous themes, it’s poised to be one of Canada’s premier app releases upon its official launch.

Imagine a magic button that you can press each morning when you’re confronted with the dreadful task of choosing what to wear. Instead of thrashing through your closet and/or laundry basket every morning, Mylo makes a quick recommendation based on weather and activity (disclosure: I am the founder of Mylo). If it happens to be raining outside and you’re missing a raincoat, Mylo will gently recommend one from its built-in menswear shop. The shop is a clear winner: its clean interface features the finest menswear staples around, and a simple, one-touch shopping experience makes for quick, easy purchases. 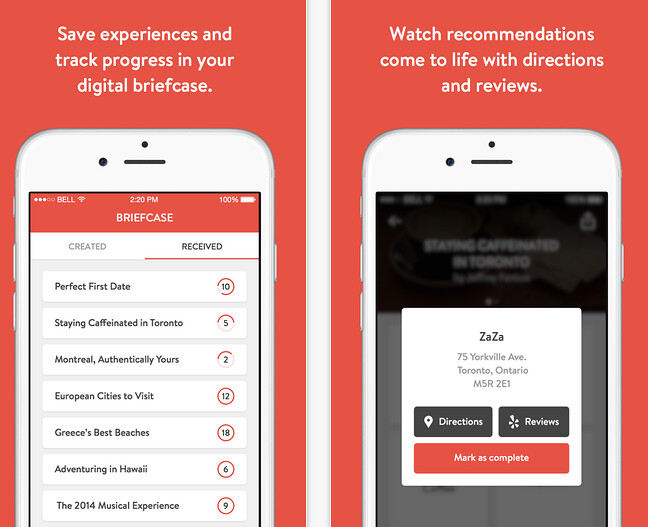 Dreamt up by Jeffrey Fenton after a stint in Italy, Stamp is an upgraded version of Yelp: it gives users the opportunity to search or create recommendations based on specific interests. Want to know the best way to spend a lazy Sunday in Toronto? Looking for the most authentic Italian restaurant in the city (the idea that sparked the app)? Stamp’s well designed interface connects you to the best spots in your neighborhood according to the experts. Currently in beta, we’re looking forward to future developments, including a potential integration with Uber.

If you miss a simpler time when side scrolling games ruled the roost, this charming effort will shore up your ‘90s nostalgia with its mix of the old and new. The premise is simple enough: substitute Drake for Super Mario and nod along to “Know Yourself” while collecting “Woes” and hopping over wheelchairs. If you’re looking for a kitschy distraction at the bus stop, you’ve met your match.

While its earliest version doesn’t look as sharp or as comprehensive as it should be, this is a promising step for Canada’s most beleaguered public transit system. As it stands, customers must line up at subway stations to purchase group or day passes. Come early July, those who’d like to ride the Rocket for a day will be able to buy their passes straight from their iOS and Android devices. Hopefully it’s only a matter of time before standard fares and monthly passes can be purchased in the same way.

For aspiring vigilantes who don’t necessarily want to don tights and a cape, Towit is a far more subtle approach to amateur law enforcement. If you find yourself irked by those who park illegally, Towit allows you to report them at the press of a button. The app collects the data you’ve entered and submits the information to local law enforcement and towing companies. Perfect for those looking for an outlet during rush hour gridlock.

Simply put, Hop is the easiest way to organize an event, big or small. Intuitive and easy on the eyes, Hop allows you to create an event (a “Hop”) and send a message to friends regarding the time and place. The best part? The friends you invite don’t need to download the app to reply. This is a quick, effortless alternative to Facebook events or clumsy group texts. 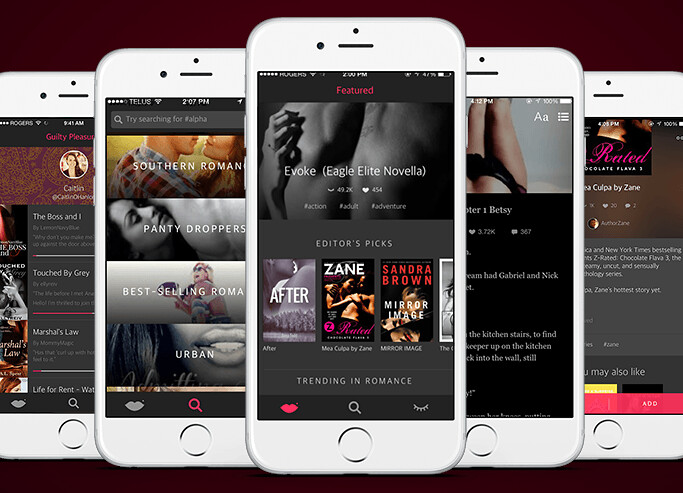 An extension of the highly successful Wattpad, After Dark is an app that gives users access to a variety of mature romance fiction. Piggybacking on the release and massive success of Fifty Shades of Grey, After Dark bypasses the usual search function and provides a variety of channels which users can customize and curate with their favorite material. After Dark emerged after one of the most popular categories on Wattpad, Romance, gained 23 million uploads on Wattpad alone: reason enough to develop this mature offshoot.

Best described as Uber for service providers, Raly is the quickest, most efficient way to seek out repair and maintenance contracts. Whether you’ve had a flat and you’re in need of roadside assistance, your plumbing is on the fritz, or you’re snowed in, you can post a job with Raly and receive several quotes from local businesses within minutes. Choose the contact that’s right for you, and help is on the way. It’s official: the Yellow Pages are extinct.

Harvey the Dog, a cute canine with the ability to helm a variety of sea vessels, leads the way in this wonderfully realized children’s game. The premise is as simple as it ought to be: select a boat, choose a destination, and sail the high seas. The smooth, brightly colored animation style and variety of boats to choose from (pirate ship included) will keep your young ones entertained as they learn about the wonders of the globe.

According to Molescope’s founders, your next selfie may save your life. Making use of high definition imaging technology that can be attached to any iPhone, Molescope creates a 3D map of the moles on your body and teaches users how to perform self-checks between professional assessments. Despite the fact that dermascopy has been around for nearly 60 years, this is the first time it has been added to a mobile device. Current dermascopes cost doctors anywhere between $1,000 – $3,800, while this attachment and app will cost between $99 – $199: a significant price reduction and giant technical leap for the medical community.

Custom keyboards are nothing new, and despite all of the emoji-filled options (see Bitmoji, another Canadian-based company), there’s been a lack of personal options for residents north of the border. Enter Tim Horton’s (Canada’s beloved coffee and donut chain) and their unexpected foray into customized emoticons. Canucks can now invite their friends for a late night poutine or box of Timbits while reminding them to bundle up with a toque. This is a light-hearted effort with a clever name, and a pleasant surprise from a major brand who didn’t need to be this thoughtful or interesting.

If you think I’ve missed an app, let me know. I’m always willing to chat about apps, and who knows—maybe your recommendation will sneak into my end of the year column.