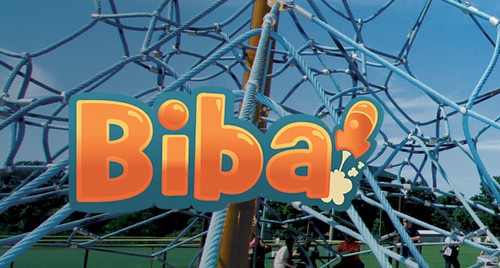 Matt Toner, the CEO of a new Vancouver-based tech firm named Biba Ventures, would like to see kids have as much fun at playgrounds as they do sitting in front of their PlayStations.

Children aged five to 16 now spend an average of six and a half hours a day in front of a screen compared to around three hours a decade ago, according to market research firm Childwise. To help offset this slippery slide to sedentary lifestyles, Biba has launched a mobile app that shoots to promote physical activity in children by using gaming technology to interact with swings, slides, monkeybars, teeter-totters and other common playground features.

Six different user-friendly Biba games are currently available for free, and the company has partnered with PlayPower, the world’s largest commercial playground manufacturer, to begin offering them at an undisclosed number of North American cities in the next few months.

“Parents see that their kids are becoming addicted to these video game conventions—bells, whistles, trophies, levels, that kind of stuff—so we are taking these and creating a series of games and, to play them, you have to be in a playground setting and be running and jumping and exploring and making friends,” said Toner during a recent visit to the company’s new warehouse office in Mount Pleasant. “It’s kind of like the Mary Poppins thing where you have to give them ‘a spoonful of sugar to help the medicine go down.’ Because there is no way to put the genie back in the bottle.”

The way it works is parents or other guardians use the app to scan special installed playground signs featuring colourful cartoon eyeballs, which then unlocks the content for games that range from competitive races to more social, choose-your-own-adventure scenarios to variations on scavenger hunts and playing Hide-and-Seek.

Game designer Nis Bojin offered Techvibes a demonstration of Biba Relay, where kids can pretend to be a race car while parents time their laps and later pretend to make any needed repairs using their devices motion-sensing technology.

“This particular game has a child running a Grand Prix, basically an obstacle course, so it tells you what the track is, you go through all the bases and when they come back to the parent, there is a pit stop waiting for them that will address them as if they are a car and needs to be fixed,” said Bojin. “Kids can choose the type of car and then, the more they do, the more wacky vehicles they can become like spaceships and things like that.”

Biba—the name is a shortening of “asobiba,” the Japanese word for playground—also has the backing of a seemingly unlikely investor, Greg Zeschuk, a video game legend better known as a sower of death and destruction after having created such hit Bioware games as Mass Effect, Jade Empire and Dragon Age.

“He kind of jokingly says that Biba is good for his karma,” said Toner. “He has spent much of life putting kids in their basements to do first-person shooting, and this offers a much nicer and altruistic side.”

Toner said that a possible side benefit could be even results in fewer playground injuries because parents are more involved with their children’s activities.

“Playgrounds have gotten safer overall in recent years but there is also apparently a blip in the data in that injuries, which used to be going down, have started to pop back up again slightly. One theory is that parents aren’t paying attention to their children as much, they are staring at their smartphones.”